Homage to Veeru Devgan: Ajay Devgn’s father and a star in his own right

Veteran action director Veeru Devgan was remarkable for the manner in which he democratised Bollywood, one punch at a time.

The sad news has arrived of veteran action director and filmmaker Veeru Devgan passing away in Mumbai. Born in Punjab in British India, Veeru Devgan had a long and fruitful film career, starting with hits like Roti Kapda Aur Makaan and Satyam Shivam Sundaram in the 1970s, working his way all through until the late 1990s where he steered the action in movies like Ishq and Haqeeqat. A star's father. And a star in his own right. (Source: India Today)

But he was significant for other reasons.

The first was that Veeru Devgan democratised action in Indian films.

Before his career kicked off in the 1970s, Hindi movies were largely romantic dramas or family sagas, starring ‘softer’ heroes like Rajender Kumar or Rajesh Khanna, with great romances and beautiful music, but limited scope for action. There would be a climax 'dishoom-dishoom' sequence with the hero (somewhat chubby, but all the more cherubic for it) bashing up groups of villainous men — aka ‘villains’ — but this would be fairly simple, even childish hand-to-hand combat, with the more thrilling sequences perhaps located poised on the edge of a cliff or shot in a moving car.

Most interestingly, his arrival coincided with the rise of the villain as a defining force in Hindi films — and thus, action took on a far more punchy and kicking avatar. In films like Mr Natwarlal, Do Aur Do Paanch and Aakhri Raasta (all starring 'angry young man' Amitabh Bachchan), there were sudden, startling additions to the action. A snarling tiger for the hero to fight in one film, thrilling car chases in another, a double-role where the action would be shaped by the changing age of the hero — and would end up involve a thrillingly intricate network of stalking, explosives and manholes.

In the 1980s, action grew even more intricate and a vicious crocodile (Khoon Bhari Maang) joined the ranks of filmi villains whom the stars had to combat — now everyone, from Bachchan to Anil Kapoor, Jackie Shroff, even Rekha, had to carry off unbelievable action sequences, and believably. 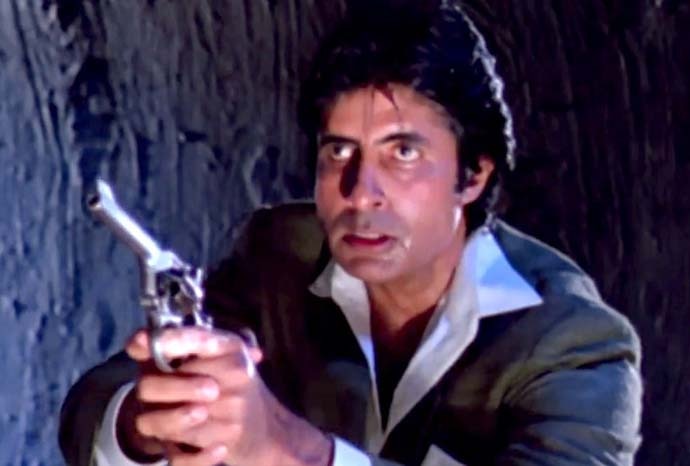 It is worthwhile to note that the fitness craze of Bollywood stars begins around now — exactly when they had to perform more and more challenging stunts on screen. Looking thick around the middle would definitely not work — certainly not in the sequences Veeru Devgan designed.

Interestingly, Veeru Devgan was also one of the first ‘exploding car’ action directors — Do Aur Do Paanch has a remarkable action sequence involving heady car chasing, vehicles landing in a lake and finally exploding in a burst of most satisfying fire. This is probably where later action director-turned-filmmaker Rohit Shetty got it from.

Through the early 1990s as well, as India itself witnessed growing violence and public turmoil, Veeru Devgan’s screen action stayed powerful. As the Bollywood hero grew more grungy, more aggressive, lover boys taking a backseat for some years, action grew only more vicious and deadly — weapons like AK47s, even rockets and missiles, increasingly a part — and frequently spread across fantastical huge sets (think Tridev). Some sequences even involved the iconic mad dictator Mogambo pitted against an ‘invisible man’ in Mr India.

In 1991, Veeru Devgan launched his son Ajay in Phool Aur Kaante. Ajay’s extraordinary physical prowess — he is introduced in a shot, standing astride two moving motorcycles — immediately underlined his 'action star' abilities and established his career as per. But Ajay did not have it easy. In a hierarchy-conscious industry, he was an action director’s son, not the son of a rich Bollywood producer or a plush director, and he also didn’t have the conventional good looks of a delicate chocolate box-type hero. He followed his father’s example though and fought his way across the screen, earning the stardom he finally received, and using to his advantage the fight training (apparently everything from martial arts to horse-riding) that his father had invested in him. In this way, Veeru Devgan paved the way for a democratisation of Bollywood itself — both in its content, its talents and in protagonists’ looks — Shah Rukh Khan was, but of course, a logical entrant after Ajay Devgn.

This spirit in itself — of fighting against the odds, taking life on the chin and never saying die — is what made Veeru Devgan special.