Vijay fans abusing journalist on Twitter is nasty, but not shocking

It is a crime as cowardly and dastardly as stalking or molestation.

Movie stars in Tamil Nadu – and to an extent in the neighbouring Andhra Pradesh and Karnataka – have been decorated with unbelievably huge halos. These include bombastic sounding titles. Rajinikanth is Superstar, Kamal Haasan is Ulaganayagan (Hero of the World), Ajith is Thala (Chief) and Vijay is Illaya Thalapathi (Junior Commander-in-Chief). Whatever these words may eventually mean, they provide an impregnable fortress around these actors that not even their diehard fans can break into with anything even remotely critical.

So, when a journalist, editor-in-chief of The News Minute, Dhanya Rajendran, compared Vijay's 2010 movie, Sura (Shark) with Shahrukh Khan-Anushka Sharma's flop film, Jab Harry Met Sejal, and said she found both bad, she was buried under a volley of highly distasteful messages on the net ostensibly from Illaya Thalapathi's fans.

Rajendran wrote: “I had watched Vijay’s Sura till interval and walked out. Jab Harry Met Sejal has made break that record. Could not sit till interval.” An honest opinion, professional, nothing demeaning, and yet she came under fire.

Sura was Vijay's 50th movie and the star plays a fisherman fighting a land-grabbing minister with Tamannaah as his companion. The film was abjectly boring as so many of these star-driven movies tend to be.

Interestingly, every time I had been even vaguely critical of a Tamil star or his film, I have been roundly abused, called the nastiest of names and described as one who knew nothing about cinema, but was slavish enough to lap up every work the West produced. Such abusive language appeared in the Hindustan Times as rejoinders to my reviews or in Asia Times to my opinion pieces on Tamil cinema. In fact, the Japanese editor-in-chief of Asia Times was at one point of time quite disturbed by such uncouth messages, and he tried deleting them. 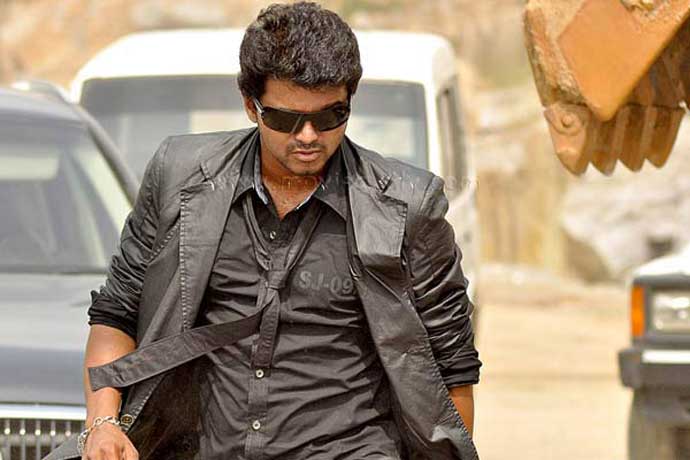 Vijay's film Sura was abjectly boring as so many of these star-driven movies tend to be.

But then since I belonged to the male of the human species, the remarks from fans were not sexist. And in Rajendran's case, the kind of trolling by fans – who seemed to dip their darts into the most venomous of poisons before taking a potshot – is a crime that is as cowardly and dastardly as stalking a woman or molesting her.

The net by offering perfect anonymity infuses a sense of beastly bravado into the offender – much like how a crowd eggs people to behave most erratically. The numbers here offer a false sense of security.

But we must also remember we live in times when cinema in the garb of artistic licence takes the liberty to push and promote the most undesirable of human behaviour. For a long, long time Tamil cinema had its heroes following – well stalking – its heroines. This was one way a man on the screen felt he could catch the eye and attention of the woman he had fallen in love with! The man did not have the guts to walk up to her and say hello. He had to hide, trail her...

It was only after Swathi, a young IT employee was stalked by a boy and murdered in broad daylight at a suburban railway station in Chennai after she had spurned his advances that the cinema fraternity woke up to fact that their own stars were doing just about the same thing. And their doting fans would also be tempted to follow. And follow blindly, crazy as they are about their stars – who, it was felt, could do nothing wrong. Nothing whatsoever. 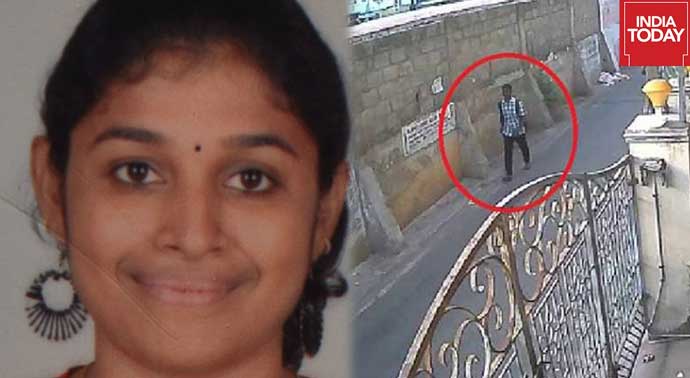 Swathi, an IT employee, was stalked by a boy and murdered in broad daylight at a suburban railway station in Chennai.

An important reason for this kind of obsessive behaviour on the part of fans may be lack of real-life heroes in today's India. We no longer have a Gandhi or a Nehru or a Radhakrishnan or a Shastri or a Kamaraj or a Rajagopalachari. We no longer have great school teachers. Given the kind of poor pay and respect they get, the teaching profession hardly attracts the best of talent. Parents struck in the whirlpool of making money, and more money, have little time or patience for their children. And these little men and women grow up, struggling to find the heroes that they can look up to, that they can emulate and follow.

A Vijay or a Kamal or an Ajith or a Rajinikanth fits perfectly well into the slot - cinema being at hand, easily available and inexpensive. Tamil Nadu still has the lowest ticket rates anywhere in India. Boys and girls grow up watching their heroes and heroines, and begin to idolise them to the extent that these men and women with painted faces and attractive costumes that actually try to hide their warts and moles, so to say, are placed on a high pedestal. And literally worshipped.

In Tamil Nadu, the release of every big star's movie is marked by pomp and splendour. Large wooden cutouts of the actor are anointed with milk and sandalwood paste and garlanded with fresh flowers. Crackers are burst and drums are beaten, and inside the auditoriums young men and women whistle and cheer and scream every time their hero struts into the frame. In Tamil Nadu, the release of every big star's movie is marked by pomp and splendour.

Mind you, this kind of mad star pull cuts across the world. I still remember a lunch at Cannes where one among the group I was with was a young Palestinian woman. In the course of my chat with her, I expressed my dislike for Salman Khan's performances. She countered it, and when I asked whether she could be so fond of a man accused of running over sleeping pavement dwellers in Mumbai or hunting down blackbuck, held sacred by Rajasthan's Bishnoi community (the deer is also an endangered species and cannot be killed under Indian law), she flew into a rage, and said that she would come down to India and kill me! To put it mildly, I was shocked out of my wits.

Well, this is the kind of emotion stars evoke among their fans, and this is particularly true of Tamil Nadu, where such illogical, irrational attitude towards critics of their favourite stars is most pronounced. Rajendran is obviously an unfortunate victim of a system which takes greater pride in idolising actors and honouring them with uncalled for stardom (also paying them insane salaries), rather than getting them to walk the earth with finer acting skills.

Look at the tens of movies which Vijay and Ajith and Rajinikanth among some others have done. They have seldom sunk into a character, choosing instead to be Vijay, Ajith and Rajini respectively. They cannot let go their persona, which they have carefully cultivated over the years – an image that is grander than the grandest, that is wildly unreal.

It is this make-believe universe that fans get sucked into, and when they see the faintest of voices being raised against their favourite actors, the admirers get into a wild frenzy, using – these days – the internet to transform themselves into the most uncivil of human beings. What have we come to!

#Tamil cinema, #Jab Harry Met Sejal, #Internet trolls
The views and opinions expressed in this article are those of the authors and do not necessarily reflect the official policy or position of DailyO.in or the India Today Group. The writers are solely responsible for any claims arising out of the contents of this article.