On the face of it, the breathtaking box office run that the recently released Hrithik Roshan-Tiger Shroff starrer, War, seems to be enjoying, the film has raked in a staggering Rs 206 crore in just seven days, would once again fan the age-old debate whether critics matter or not.

How War, a classic straight-on action film, has broken several records — highest opening day collections, highest three-day collections et al — suggests something more than the difference between how critics approach a film and the response of the audience. 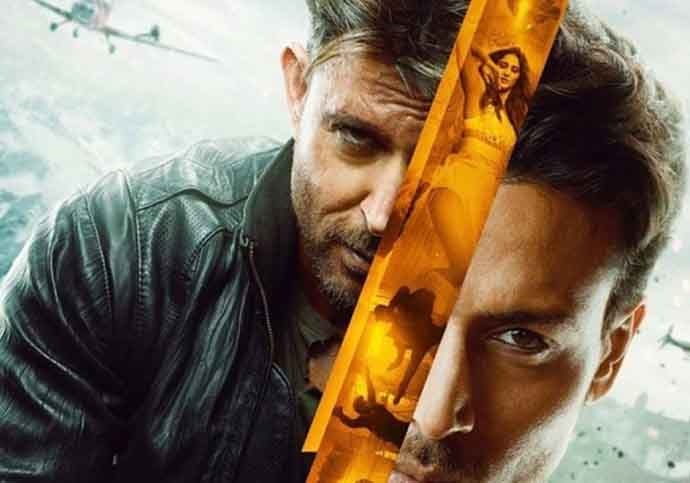 There have been instances in the past where both critics and audiences were divided amongst themselves as well, but War's clean sweep appears to say that the average viewer is fed up with nuances such as interpreting the context or reading into the subtext of a film. War is not the ideal action film. Yes, it has all the style that would make the likes of John Woo, Ringo Lam and Quentin Tarantino proud and enough panache to justify its budget.

It packs in nearly all the A-grade testosterone that Bollywood has to offer along with action set pieces that are of international standard and catchy one-liners, which true to contemporary popular Hindi films, could well first imagined in English to ensure the cool quotient and then translated into Hindi. War is as far as it can be from anything that could further the cause of cinema, but that isn't something that concerns the viewer.

The trade pundits, and to some extent, critics as well tend to see films as products targeted for specific audiences. As a result, the trade can package the movie, and the critic finds it more comfortable to contextualise what the narrative seems to suggest. What both parties tend to forget is that the classical demarcation of the audience in terms of multiplex or single screen, rural or urban and English speaking or regional doesn't really hold anymore.

The last film that was consumed by the audiences, in the way War has struck a chord, was the Salman Khan-Anushka Sharma film, Sultan.

War has not been able to surpass the first-week numbers of Sultan even though it released across the same number of screens, ie, 4,000. Made with the single-screen, small-town viewer in mind, Sultan was also given nearly 1,100 screens overseas while War got about 1,350 screens outside of India. How the present-day audience is responding to films is also a result of the accessing movies on OTT platforms and watching a film on their phones and tablets.

Could this degree of intimacy with the material make the audience interpret the same film differently from how they otherwise would have responded? The average Indian audience today watching a movie such as War could be more aware of the references such as Broken Arrow, Heat, Bond and Mission: Impossible films and, therefore, is not 'surprised' by the wafer-thin plot. Instead, it dives right in and not only enjoys the adventure but also returns to see it — remember War's Rs 200 crore is just through the theatrical run.

If one looks at the box office performance of 2019's highest-grossing Hindi films, the notion that the audience differs from the critic is more than apparent. But this disparity is not limited to disagreement in looking at the same film differently. It's more to do with the viewer making the critic redundant in the short run.

Take, for instance, a film such as Uri: The Surgical Strike. Here, the critics called the film well made but operating on jingoism, yet the audiences lapped up the film, evident from its Rs 342 crore worldwide gross. Instead of seeing the commercial success of the film as an affirmation of it being well-crafted, the average critic could well be judging the audience and labelling it a tad too 'nationalistic'. The audiences lapped up Uri despite the critics saying that the film operated on jingoism. (Source: Reuters)

Two other films released this year, Kabir Singh and Gully Boy, reveal how the viewer is completely unpredictable. The former went on to become 2019's biggest box office earning movie even with a large chunk of the audience pointing out its blatant sexism and misogyny, and the latter which could be called, for the lack of a better expression, highbrow interpretation of life in a Mumbai chawl, was lapped up by different cross-sections of the society.

The critics and social commentators could once again misread the audiences' approval of War as a senseless bunch that doesn't really have the sense of reading the nuances, but like Kurt Vonnegut noted, "We are what we pretend to be, so we must be careful about what we pretend to be."

Also read: Surge of nationalism or political promotion: What is wrong with Bollywood’s recent blockbusters?