Cleanliness and godliness: Why Muslims use miswak during Ramzan

Cleanliness is half the faith. But the reason why Muslims use this 'blessed twig' goes beyond physical cleanliness.

Every Ramzan sees a remarkable hike in the sale of miswak — a twig mostly used by Muslims for oral care.

Made generally from Salvadora Persica, the pencil-sized twig has been used as a natural toothbrush for ages. And Muslims, in particular, believe that all prophets of Abrahamic religions — Adam, Abraham, Moses, Jesus and Muhammad — all of them have used it.

Among Muslims, following the prophetic ways, especially that of Muhammad, is known as Sunnah — an Arabic term for tradition/habitual practice.

In Islam, the significance of Sunnah on oral hygiene finds its roots in the very idea of cleanliness.

Well, cleanliness — both physical and spiritual — is integral to the Islamic faith. Cleanliness is Godliness: Allah says in the Quran that He loves people who keep themselves clean and pure. (Photo: Reuters)

The significance of cleanliness in Islam finds mention in the holy Quran and Hadith — the Arabic term for the record of the prophetic sayings.

As per a Hadith, Prophet Muhammad said, cleanliness is half the faith. Allah, on the other hand, says in the Quran that He loves the people who keep themselves clean and pure.

Allah commands Muslims to perform ablutions before offering Salah or Muslim prayer — one of the pillars of Islam.

Muslims are supposed to pray five times a day. Before that, they are expected to perform the purification ritual of ablution — wash their face, hands, arms and feet.

And this is where miswak becomes even significant because Prophet Muhammad would use it quite often — seemingly as a sort of value addition to cleanliness.

According to commentators of the prophetic narrations, the use of miswak was a constant practice of Prophet Muhammad prior to sleeping, after rising, after entering the home, before and after meals, during fasting, and before observing of prayers and recitation of the Islamic scriptures.

As per the Islamic belief, the rewards for prayers are actually increased manifold for using miswak.

Prophet Muhammad’s beloved wife Aisha has reported: “The prayer before which the miswak is used is seventy times more superior to that before which it is not used.”

Simply put, for Muslims, the use of miswak is not only about cleanliness — it’s essentially an act of worship.

As per a Hadith, Prophet Muhammad said: "Make a regular practice of the miswak, for verily, it is healthy for the mouth and it is a pleasure for the Creator (i.e. Allah is pleased with the Muslim who uses the miswak)."

In accordance with the Islamic traditions, there’s even a prescribed way of using the twig — right from the method of holding it to the procedure of storing it, but all that is largely a separate topic.

And then, Muslims believe that there are some two dozen benefits of using the blessed twig. 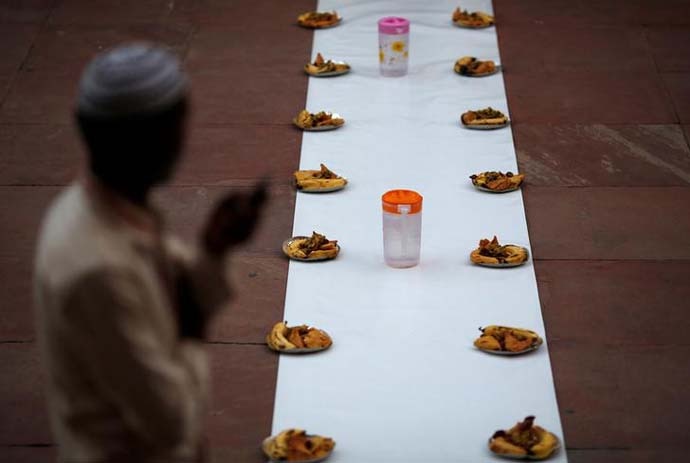 When simplicity meets purity: The prayer before which the miswak is used is believed to be seventy times more superior. (Photo: Reuters)

In one of the narrations, Prophet Muhammad’s companion, Abu Darda states: “Make miswak a must do not be headless as there are twenty four benefits in miswak, the greatest benefit is that Allah, becomes pleased, there is increase in wealth, it freshens the breath, it strengthens the gums, it relieves headaches, it relieves toothache and due to the light from the face and teeth the angles shake hands.”

Modern science upholds some of the health benefits of using miswak.

As per a report published in Saudi Medical Journal, a number of scientific studies have demonstrated that miswak possesses antibacterial, anti-fungal, anti-viral, anti-cariogenic, and anti-plaque properties.

“Several studies have also claimed that miswak has anti-oxidant, analgesic, and anti-inflammatory effects. The use of a miswak has an immediate effect on the composition of saliva. Several clinical studies have confirmed that the mechanical and chemical cleansing efficacy of miswak chewing sticks are equal and at times greater than that of the toothbrush,” the report published in the journal states.

Although using miswak is not obligatory, Prophet Muhammad encouraged Muslims to use it.

As per a Hadith, Prophet Muhammad said: “Was it not for my fear of imposing a difficulty on my Ummah I would have ordered that the miswak be used for every Salah”.

Also Read: Why Muslims fast on Ramzan (and how it should be done)