Why rich weddings are surprisingly poor in taste

She looked as if he had wrapped herself in molten gold, there was so much of it that nothing stood out.

In this season on mega-grand marriages, it is a masochistic me which watches in horrified fascination the uber-rich ways of the truly wealthy.

No, scratch that, the horrifying, distressing and rather grotesque display, which is unprecedented in scale, unimaginable in cost and frankly, a deep study in bad taste.

How else can you justify a mango packing type of card-box sent to other rich types who would just toss it to their maids and chauffeurs?

There was this album-like booklet, detailing each activity, a blur of hard-pressed paper flowers, cut out of deep moulds and glazed to look like the real thing. Except they weren’t. They were fake and as lifeless as the entire attempt to jostle into the most talked about wedding award, which is shared by a dozen or so families in India.

They have the money, no doubt, and they display its power and clout in ways that just appears to be crass. A wedding in Versailles, which in itself is a symbol of an over-the-top life while the masses suffered under heavy taxation, was an irony totally lost on the doting father of the bride all those years ago. The Sun King’s descendant was short of a head after his wife was done eating cake and buying diamonds. This was the same man who reduced India’s great film star to a ‘bhaand’, as the super-intelligent actor called himself. They pay, I play, and he had shrugged, no big deal. Because they pay, he plays. Or so he says. (Photo: Screengrab)

Yes, they can pay, and how. Perhaps there is some generational or class complex that exists deep in their psyche that they need to keep going bigger and better and beyond reason to their neighbours in South Mumbai or Knightsbridge. I had attended one such exhibition marriage a while ago.

It was, as one jaded guest said nastily, a giant networking opportunity for the father whose business spanned continents. Really? Are they really that cheap? A free holiday, a suite and a private jet and all these financial and political whizzes are willing to play old boys' clubs?

Those lace parasols covered the faces of bored looking women (how many wedding this season are left to attend – yaaaawn!), smiles stuck in Botox freeze but the ladies knew their jewels and their cocktails. Only champagne and the most expensive Single Malts do. Don’t they get tired of it all? I mean, drink Old Monk or Old Oak, it all tastes the same beyond a point. Only the price tag changes. 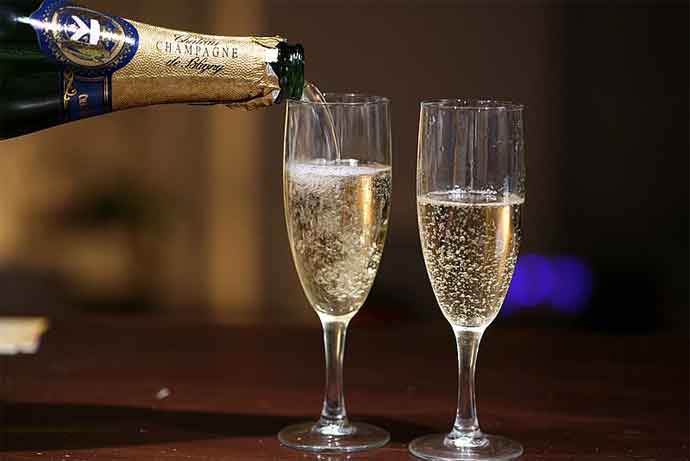 Where does this flow like water? At a celeb shaadi, of course. (PPhoto: Wikimedia Commons)

The feeling of being drunk is the same, rich or poor, cheap plonk or the finest wine, and the hangover remedy is the same the world over too.

What is the real point of any of these over-expensive weddings?

Take a leaf from the life of our only female Prime Minister. She came from a family of those really known as the historical families, i.e., really old money. She wore a handwoven Khadi saree made for her by the Mahatma of the nation, something which her granddaughter copied. Now, can any amount of money buy you a piece of history like that? Then there was this lady who was the only daughter from one of the oldest publishing families in India. She wore a simple pearl silk saree and adorned herself with a single piece of jewellery: a Maharashtrian nose ring, its distinct design accentuated by the simple lines of her attire. She glowed.

Unlike the bangle-laden hand of one of the most beautiful leading ladies of the land, who had more jewellery poured on her than the Nizam’s taksal at her recent extravaganza. 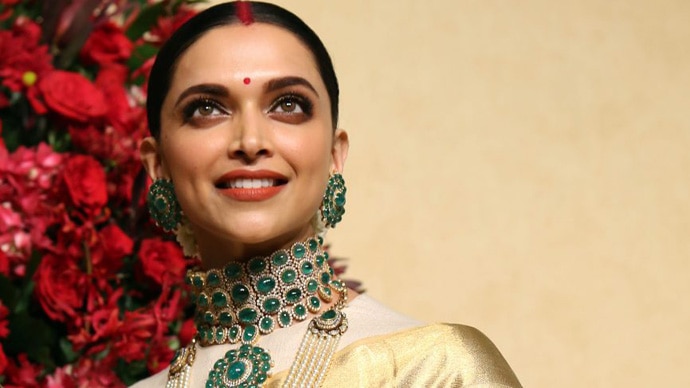 She looked as if she had wrapped herself in molten gold, there was so much of it that nothing stood out, not even her characteristic smile. Yet, it was cheap black umbrellas which came in handy to hide out from the paparazzi. So ironical and actually quite funny!

Those expensive outfits, made by the couturier of the moment, who is certainly not inexpensive. Yet, there was nothing to remember as one moment merged into the other without leaving behind a lasting impression. It was just a blatant show of money and very little style, surprising since that should have been a key ingredient for a personality who is defined by her look and apparel.

Whose choice was it to wear chokers weighed down by big square stones, right up to the chin, almost gasping for breath, looking like those Burmese women whose tiny heads seem to float over those gold rings forced down their foreheads. It was the simplicity of the golden saree at one of the lesser events that actually gave meaning to the word 'wedding celebration'. It was elegant, understatedly rich and classy. Why Lake Como? In the desperate hope that the Clooneys would join the party? (Photo: Instagram/Monsemaison)

Perhaps the trip back from Italy’s Riviera had made them all tired? Which begs the question, why is everybody in India’s top 20 families’ hell-bent on doing a Clooney? Clearly, money isn’t a guarantee of originality.

And they clearly haven’t heard of Marlene Dietrich’s famous quote: There is a very big difference in having a lot of money and being rich! Or perhaps they really hoped that the hunkiest man on the planet and his super-smart lawyer wife would just peep from their window and crash the wedding? Then these money-wallahs would really congratulate themselves for the best bragging rights… that too free. Kharcho bachi gayeo!

Also Read: Why I am not happy that the celebrity wedding wave has returned to India