Turkey is the star of every Christmas meal. Why is everyone obsessed with it?

Turkey is the talk of the town during Christmas and Thanksgiving. Here is how the Big Bird took over all the dining tables in the West.

It's Christmas time and everyone in the West seems to be cooking up massive, large turkeys to spread the festive cheer. Turkey and Christmas are synonymous in the West and cooking a large delectable turkey is a yearly ritual for many. It is usually the star of every Christmas dinner feast.

You might remember how Nigella Lawson NOT cooking turkey last year made BIG news. The world has grown up watching her sensually cooking up the big beast on TLC and later ravishing it with a glass of wine with her friends. Thankfully, looks like she is back at it this year.

Brining bins at the ready! #RecipeOfTheDay is my Spiced and Superjuicy Turkey https://t.co/V01pDaOSfR! And I will post some alternatives later for those eschewing the big bird… pic.twitter.com/RhWmODhHMn

It's clear. Turkey is a BIG Deal in the West during the holidays. But did you know why?

Here's a look at how the turkey evolved from a nobody to the KING of the Christmas dinner table.

Before the 1500s, turkeys were largely found and farmed in native Central American countries like Mexico, Guatemala, Honduras, Costa Rica, etc. But when Columbus & friends discovered America in the 1500s after crossing the North Atlantic Ocean, transporting turkeys from America to Spain became the norm. The turkeys were then bought and farmed in France. 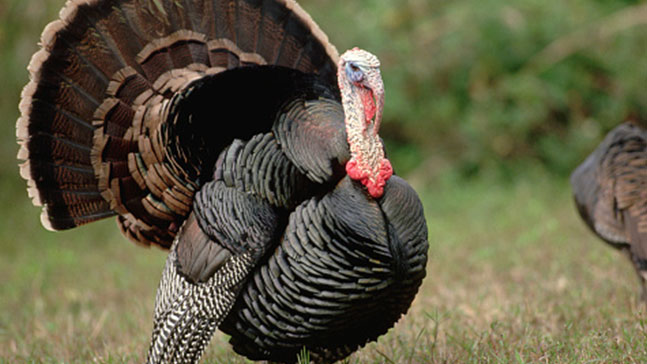 Around the 1520s, Britain imported turkeys from both Turkey and Central America. Before this, people opted for other animals like peacocks, boar head, and geese.

During a 2018 excavation, turkey bones were found in England in expensive ceramics & glasses that dated back to the 1530s, suggesting that it was consumed by the elite royal class. England's famous king, Henry VIII was also known to eat turkey for the occasion.

Then came Charles Dickens who raised the bird's popularity in his own way. A self-proclaimed turkey lover, he wrote about it in 'Ä Christmas Carol', where the lead protagonist sends a prized turkey to his underpaid staff on Christmas Day after having a change of heart. The earliest European settlers are known to have survived with the help of the native Americans, who shared their meats with them. The first Thanksgiving meal was recorded in 1621 at Plymouth (in modern-day Massachusetts, United States), where turkey became the main centre food. It soon became a tradition which was celebrated for 200 years.

By the 19th century, turkey became one of the many Christmas delicacies being served; but it did not have the centre stage designation that it has now. Rich families still opted for beef as the main Christmas meal while other meats were laid on the table to be served as variety. The poor couldn't afford a turkey. So they opted for a smaller goose instead.

Next up, Roast Goose with Pear and Cranberry Stuffing https://t.co/zR2heh8dvj 2/3 pic.twitter.com/0ORobsGBTU

By the second half of the 20th century, World Wars and Depression made meals smaller for the entire population. People moved from having a lot of delicacies on the table to just one central meaty roast that was large enough for all. By 1950, America had adopted this golden glazed animal for its Thanksgiving and Christmas celebrations. 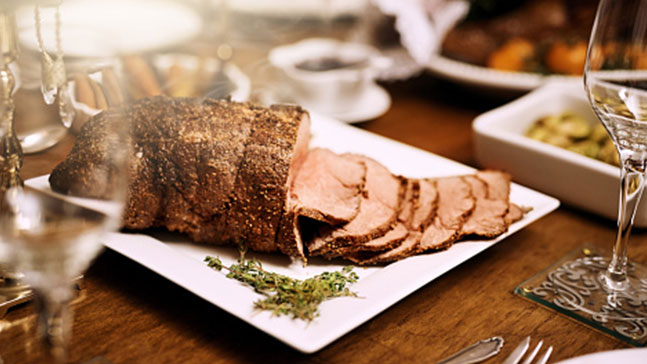 Beef was the center table highlight for many. Photo: Getty Images

This change in size of one meal caused a small problem - households had really small ovens to fit a turkey. So local bakers opened up special services on Christmas mornings. They used their BIG ovens to roast turkeys for the locals. This ensured that the community celebrated and helped each other create festive fervour together. 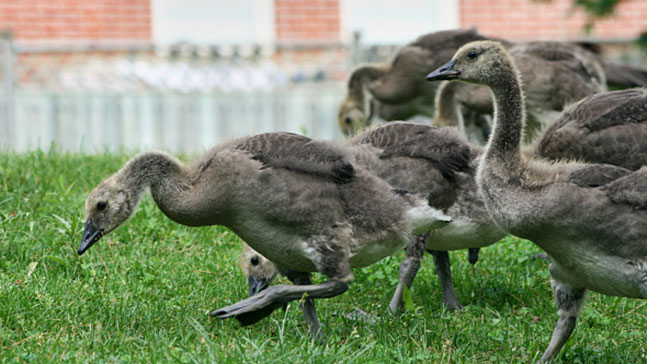 WHY WAS IT PREFERRED THOUGH?

Though Turkey can get dry if not cooked well it was seen as a magnificent and beautiful bird. Historically, people ate chickens and peacocks for Christmas, but that did not stay the course of time because apparently turkey tastes better than peacocks. Also, chickens give more eggs over time and cows give milk, so why waste something from your livestock when you can taste something new and nice?

The most popular way to serve a turkey was in a way it would last for 12 days of feasting starting from the 25th - a raised pie with the tail, wings, head and neck cooked onto skewers and put back in the pie. In the end, it looked like a delicious ball to dig into for the would-be diner. Nowadays, it's cooked separately and served with some hot curry and wine to complete the meal. #Thanksgiving meal, #Turkey, #Christmas dinner
The views and opinions expressed in this article are those of the authors and do not necessarily reflect the official policy or position of DailyO.in or the India Today Group. The writers are solely responsible for any claims arising out of the contents of this article.