Why Shakespeare's First Folio coming to Mumbai is momentous

The Folio doesn't just record the works that didn't make it to print; it also corrects and restores those that had appeared in corrupt or careless versions.

"We are such stuff as dreams are made on/ And our little life is rounded with a sleep."

These are iconic lines from iconic plays: Caesar's dying gasp has seeped into our consciousness as a roar against betrayal; Lady Macbeth's anguished plea is a lasting reminder of the insidious hold of guilt; and Prospero's farewell to magic stands as a poignant ode to mortality.

William Shakespeare crafted these words of course, but were it not for the efforts of one John Heminges and Henry Condell more than four centuries ago, they would have never made their way to us.

Seven years after his death, these two colleagues of the Bard produced Mr William Shakespeares Comedies, Histories and Tragedies, often referred to simply as the "First Folio".

The book put into print for the first time 18 of Shakespeare's plays, including Julius Caesar, Macbeth and The Tempest.

One of the 234 surviving copies has now made its way to India, housed at the Chhatrapati Shivaji Maharaj museum in Mumbai till March 8. To understand the significance of the Folio, we have to take a step back to Elizabethan England of the 16th century.

Plays were hugely popular forms of public entertainment, to be sure, but they were written to be seen, not read.

Publication was not a particularly important goal, certainly not as far as Shakespeare himself was concerned.

About half his plays did make it to print in his lifetime, but in the cheap quarto format, which consisted of folding a piece of paper twice, giving publishers eight sides to work on. 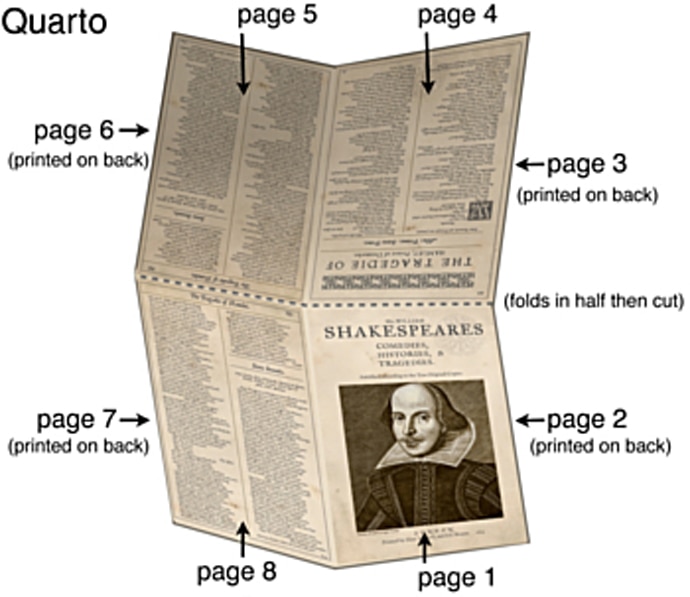 The much more expensive folio form, which was created through folding a piece of paper twice, was reserved for the "high art" of the age.

And high art the play was not: vagrancy laws that were passed to control wandering beggars also applied to touring actors.

Theatres were located in segments on the outskirts of London called the "liberties", occupying a space otherwise reserved for brothels and bear-baiting.

In this age, Bill Bryson tells us that the usual conditions of plays was to be lost, that few manuscripts from any playwrights survive, and even printed plays are more often missing than not.

It is here that Heminges and Condell displayed remarkable foresight.

The Folio doesn't just record the works that didn't make it to print; it also corrects and restores those that had appeared in corrupt or careless versions. Another preserved copy of the bard's First Folio. Photo: The Daily Herald

Quartos could often simply be cobbled together from an actors' ephemeral recollections, sometimes drastically changing the effectiveness of a piece of dialogue.

Take, for instance, the soliloquy of Hamlet, one of the most instantly recognisable pieces of writing in all of Shakespeare:

The above version comes to us from the Folio. Prior to that, a particularly bad quarto version recorded the lines as:

The Folio's importance is not limited to preservation and restoration. It has a third, immensely significant legacy.

As Neil Macgregor asks: "How has this supremely public writer become the private companion of so many, his words the stuff that their hopes, fears and dreams are made on? How did this very English playwright go global?"

The answer, of course, comes back to Heminges and Condell's labour of love, which allowed Shakespeare's works to take flight and travel the world.

The resonances of these centuries-old words are astonishing: take, for instance, a moment in the '70s in the South African prison of Robben Island.

The jail housed leaders of the African National Congress during their struggles against apartheid. 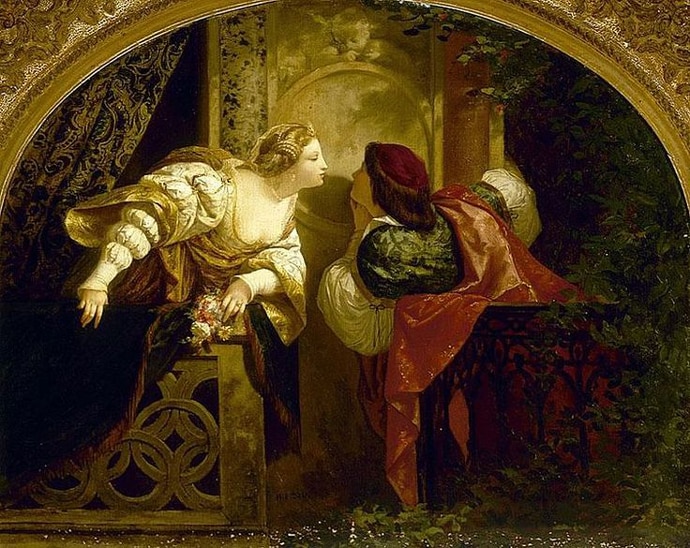 At one point, an edition of the collected works was circulated by Sonny Venkatrathnam illictly, asking his fellow inmates to pick out a segment that appealed to them.

One of the more famous prisoners, picked out a quote from Julius Caesar. The man was Nelson Mandela, and the quote:

"Cowards die many times before their deaths:The valiant never taste of death but once."

The taste of death lingers in another of the Bard's most famous works, the opening page of which has been selected to be on display at the Chhatrapati Museum.

Romeo and Juliet is a fitting choice for exhibition in a country that has produced such numerous adaptations of the text across theatre and the cinema.

It is also an ironic choice given our continuing inability to learn from the lessons that haunt the "noble houses" of Montague and Capulet. A story of young lovers driven to death by their warring kinsmen finds too many uncomfortable echoes in a country that has put the honour in dishnourable killings.

State figures from 2015 put the the number of such killings at 251 - a vastly underreported number that is frightening in how it makes a death sentence out of love.

We seem to have subverted the play's message: Love jihad, the alleged Muslim conspiracy that attempts to capture young women for conversion through promises of marriage, is also called Romeo Jihad. Shakespeare's young lovers would scoff. Indeed, as Romeo reassures us:

The First Folio's legacy then is one that speaks to our contemporary moment, in words that continue to be fretted with golden fire.

In Heminges and Condell's exhortation to readers of the book:

"Read him, therefore; and again, and again."

#Literature, #First Folio, #William Shakespeare
The views and opinions expressed in this article are those of the authors and do not necessarily reflect the official policy or position of DailyO.in or the India Today Group. The writers are solely responsible for any claims arising out of the contents of this article.

Lawyer and writer based in Delhi. He co-authored Invisible Libraries, published by Yoda Press in 2016.