Fandom has turned Zubeen Garg into a figure of sacred perfection

Fans can act as a crucial subculture to keep the artist on his/her toes.

Recently, the Assamese filmmaker Kenny Basumatary was trying to procure screens in Delhi/NCR to release his latest, Local Kung Fu 2, an action comedy and the sequel to his 2013 cult classic Local Kung Fu.

Now Basumatary and Co represent indie cinema in every sense of the word - LKF 2 was crowdfunded, the cast and crew included friends and family and the entire thing (like its predecessor) had a lo-fi aesthetic, shot on a shoestring budget.

Naturally, multiplex owners were acting tough. They refused to commit to even one show per day to Basumatary, unless he could prove that he would have a certain number of people coming to watch his film. So that's exactly what the filmmaker did - a Facebook campaign was launched, asking fans to "confirm" their presence virtually, paying for tickets in advance, until the multiplex agreed.

Compare this to Mission China, the recent Zubeen Garg-starrer, which he also directed and produced. Made with the biggest budget ever for an Assamese-language film (Rs 2 crore), it has romped to a second week in Delhi's DT Saket, no mean feat for a film which doesn't even offer English or Hindi subtitles. Clearly, the business model is changing when it comes to commercial filmmaking in India. And we are not just talking about the Baahubalis of the world here. Actors such as Riteish Deshmukh and Priyanka Chopra are financing small, gritty, regional-language films every year. And these films are not just wowing critics but also earning serious money for their financers.

A big part of this is the phenomenon of "local stardom", ie, the kind of overwhelming star appeal enjoyed by say Ravi Kishan in Bihar or Mohanlal in Kerala. One has to see this to believe it, really. The case of Zubeen Garg offers similar insights. Garg is, by some distance, the most popular Assamese musician alive. He has also appeared in a handful of films, although he is not primarily recognised for acting or directing. His sometimes controversial words and actions, his larger-than-life persona and his legion of delirious fans, who still lose it in every concert - everybody who lives in Assam is familiar with these things.

It is ultimately this factor which makes Mission China's success (it has become the highest-grossing Assamese film of all time) very interesting indeed.

Consider the very first appearance of Garg in the film. Going in to the multiplex, most of us knew that Garg was playing a military-badass- with-a- dark-past in the movie, a Colonel Goswami. The first thing Colonel Goswami does onscreen is (drum-roll) pour himself a stiff glass o' Scotch, on the roof of his palatial home. Later in the film, Colonel Goswami berates a younger colleague by saying "Mod khaaye utpaat!" (Drunk and making a ruckus!). 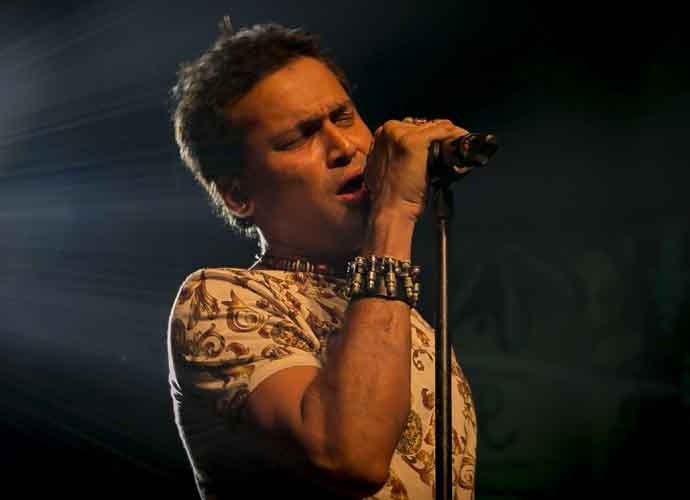 One is stunned at how a new cult of Zubeen fans is on the rise, often misrepresenting his endeavours.

Now, the thing is this: Both these scenes drew loud, generous peals of laughter in DT Saket. And why? Because the list of drunken Zubeen Garg adventures in the popular Assamese consciousness is a long one. I don't mean to indict Garg here in the slightest - by all accounts, including a one-on- one interview I did with the man not too long ago, he is a far, far more sober person than he once was. His wife, who has co-produced the film and designed the brilliant costumes for Mission China, has been an extremely positive influence in Garg's life. Not to mention, she's an artist in her own right.

But fans have long memories, and the laughter I witnessed told me that at some level, Garg's fans haven't quite gotten over their memories of the young, hellraising pop star of yore. It is also interesting to note how an artist's rebellious sides are constantly consumed within the market space and outside it. In the 90s, his oeuvre of lyrics and music had a long queue of older people thoroughly grooving to his madness, for we all know there can be no art without madness.

The regional media has been largely responsible for the circulation of Zubeen's image and controversies. All of which from time to time like to tame his madness and institutionalise him into a figure of sacred perfection. One is stunned at how a new cult of Zubeen fans is on the rise, often misrepresenting his endeavours.

I myself recall one such incident in Guwahati when a rowdy youngster broke a chair, spat, and yelled on the Bihu field, because his specific requests were not being listened to. Similarly, the group of loud queues eagerly waiting for Mission China tickets hint at the shift in fan-artist equation.

Fans can act as a subculture sometimes, and are crucial for keeping the artist on his/her toes. But resorting to brainless fan pandering only leads to artistic decay, and I am worried because Garg's marvellous acting in former films such as Dinabandhu (2004) and Tumi Mur Mathu Mur (2000) really earned a lot of unconditional love from all generations.

Though I am not trying to fall back on the trap of nostalgia that seeks to glorify the past, I am perturbed by the fact that only a few wish to admit that fandom can be a struggle and not always transformative for art. As for filmmakers and their tryst, it will be tragic if their attempts only act as a divisive force amid several groups. All kinds of criticism only enrich and challenge any creative domain as opposed to the popular idea of a "negative" feedback.

In the words of Zubeen from Mission China, "Lagibo Dhoyjya" - "You cannot change the society by anger, you will need patience for that." In an otherwise incoherent plot, these lines are my essential takeaway from the film.

Older artists such as Bhupen Hazarika, when speaking of art had in multiple functions, mentioned that cultural waves never evolve under militant policing, but with collective understanding of its peoples.

This surely is the way forward, to not despair, but to keep raging towards artistic perfection.

Bit by bit, mistake after mistake, we will get there. Cinema from Assam (both commercial and alternative) is currently going through a tremendous flux. In an ideal scenario, Zubeen's hit ought to be a game-changer for many upcoming artists who might wish to make films but require funds for the same.

And maybe, if we move aside from the triviality that fan-culture cashes upon these days, we could take regional cinema a long way.

#Local Kung Fu, #Assamese Cinema, #Mission China, #Zubeen Garg
The views and opinions expressed in this article are those of the authors and do not necessarily reflect the official policy or position of DailyO.in or the India Today Group. The writers are solely responsible for any claims arising out of the contents of this article.