Biba files for Rs 1,500 crore IPO. What you need to know if you want to apply

Biba has filed its initial papers with the SEBI to initiate an IPO. Here is what you should know if you are pondering about applying for their IPO.

It has just been 13 days since the start of the financial year and companies have already started creating momentum to make up for the last few volatile months when IPOs were least likely to run their best course.

As more and more companies are gearing to get back on stable grounds, the IPO fever is back with Biba, which has recently filed its Red Herring Prospectus with SEBI.

But what does Biba do, and what should you know before applying for an IPO when the listing process begins?

Here is a short summary that will give you an idea in case you are thinking about applying for their IPO.

Biba is a synonym for 'pretty women' in Punjabi.

Biba was launched in 1986 by designer-turned-entreprenuer Meena Bindra, and was created to develop, design, source, market and sell a wide portfolio of Indianwear for women and girls. The brand Biba fulfills the 'Indianwear' needs of its women consumers and apart from selling apparels, has also extended its product category to jewellery, footwear, wallets and fragrances. MD Siddharth Bindra (L), and his mother and founder of Biba, Meena Bindra.

The business is led by founder and chairperson Meena Bindra and managing director Siddharth Bindra. 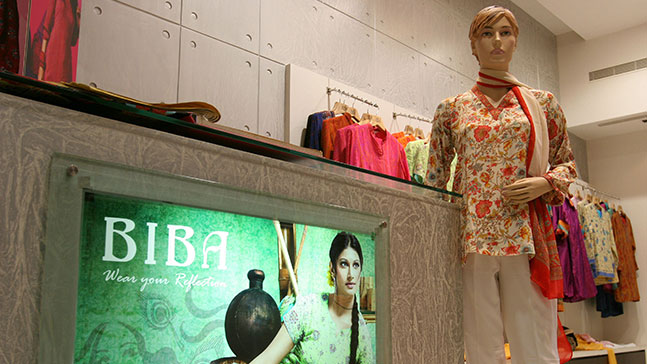 In January 2022, Biba was available across more than 120 cities and had opened its 300th store in Jaipur. It was present in major retail chains like Shopper's Stop, Lifestyle, Pantaloons and Central.

In 2014, Biba bought a 26.66 % stake from couturier Anju Modi in her company, Anjuman Brand Designs. Biba also collaborated with Anju Modi and created a new collection.

As per Financial Express, Siddharth Bindra, the MD of Biba Apparels, had said that the firm was looking at Tier II and Tier III cities for expansion and planned 'to add 200 stores over the next three years'. He also mentioned that 'the share of e-commerce sales has gone up by 20-25% in the past 17-18 months'. SO, WHY DOES BIBA NEED AN IPO?

Biba wants to use some of the money raised from the IPO to repay and/or prepay certain borrowings which were availed by the company in the past. This is estimated to be about Rs 70 crore. Biba wants to use the balance amount towards 'general corporate' purposes.

COMPETITORS IN THE STOCK MARKET

1. The Brand GoColors raised Rs 1,014 crore via its IPO in November 2021. GoColors is backed by Sequoia Capital and provides women's bottomwear. On the listing date, the stock listed at a 90% premium to its issue price.

2. Vedant Fashions, who own Manyavar, raised Rs 3,149.19 crore via its IPO in February 2022. Manyavar became popular for its Indian weddingwear and celebrations-wear when their advertisement featuring Anushka Sharma and Virat Kohli went viral just before the couple actually got married. The brand is backed by Kedaara Capital and got listed on February 16 at a premium of 8% to issue price.

3. FabIndia, which is backed by PremjiInvest & Lighthouse Funds, filed papers for an IPO in January 2022, but hasn't been listed as on date. So, who will sell their shares to the public in the 'Offer for Sale'? A majority of the 2.77 crore shares currently held by the following investors will be sold for the OFS.

WHO WILL MANAGE THIS?

The shares will be listed on the NSE and the BSE, and the companies who will be managing the issue are:

While it is too early to decide if you should invest in Biba, let's hope that it's a good move for the investors.

#Biba ipo price, #Biba, #Biba price, #Biba drhp
The views and opinions expressed in this article are those of the authors and do not necessarily reflect the official policy or position of DailyO.in or the India Today Group. The writers are solely responsible for any claims arising out of the contents of this article.