As a normal citizen of this country, with a keen interest in its politics and development, November 8 brought me immense belief and hope in our future. The call to ban high value currency notes in no time, appeared so bold and unique.

I was even happier that this information did not leak, preventing people from investing their illegal wealth in advance.

I, for one, don't think that all the illegal wealth amassed by people is stashed away in underground bunkers or fancy lockers as you would see in Hollywood flicks. People would have invested them in a lot of other things, most likely in land, property, and investments abroad.

In order to extend the government's grasp to such people, the ban of the currency notes alone will not be enough. For example, the Reserve Bank of India has released new currency notes of values Rs 500 and Rs 2,000.

The reintroduction of high value currency notes, although with different appearance and safety features, is not recommendable. In no time, counterfeit notes corresponding to these new denominations will also get infused in the country. Replacing notes every few years would be neither pragmatic nor economical to tackle the black money menace.

Therefore, it is time the government thought more seriously about enforcing non-cash payment modes in all applicable areas. The biggest opposition to this is that it would make the lives of ordinary people miserable as even tea shops or vegetable vendors will have to install card swiping machines. But there are better ways to implement this without bothering small scale sellers and buyers. 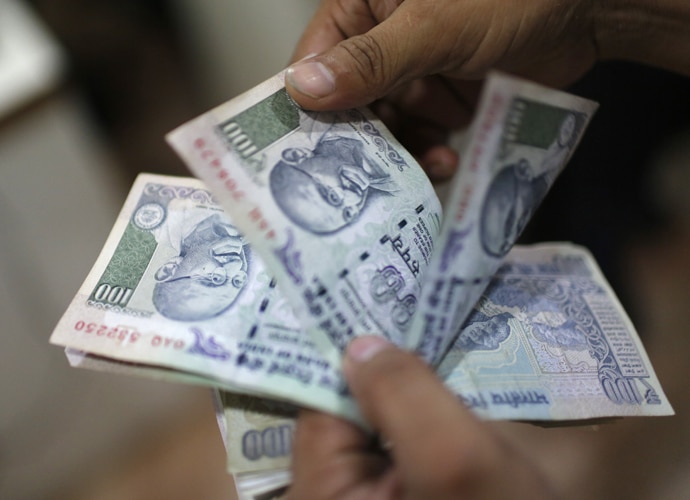 I hope the government will move to this step very quickly. (Photo credit: Reuters)

For instance, all transactions of Rs 5,000 or more can be enforced through a non-cash payment mode only. This would save all small scale sellers and buyers from the difficulties of installing or working with a card swiping machine, but at the same time ensure that all high value transactions whose invoices cannot be split, are done through a track-able mode only.

The government can also positively think about introducing a new slab-based tax system for these transactions. The new tax system will not only depend on the purchasing power of people, but also on their actual spend patterns.

This will drastically reduce the use of any unaccounted money for buying gold, property, or something as common as a smartphone. Besides, it will also ensure that counterfeit currency notes would not cause any impact in the society or economy. Producing counterfeit notes for the purpose of investing in the order of a few thousand rupees would not be a profitable thing to do.

And since the transactions below Rs 5,000 would not affect the economy much (as opposed to what it was a few days ago), such illegal currency notes would not pose any threat to our economy.

For as long as people live in this country, they would not benefit from their foreign investments either. Separate measures, independent of this system, must be taken to realise such money from abroad.

I hope the government will move to this step very quickly, and ban all currency denominations above 100. People should be glad to buy, sell, and pay their taxes toward nation building.

#Banking, #Narendra Modi, #Black Money, #Demonetisation
The views and opinions expressed in this article are those of the authors and do not necessarily reflect the official policy or position of DailyO.in or the India Today Group. The writers are solely responsible for any claims arising out of the contents of this article.