Nirmala Sitharaman presented her shortest budget ever yesterday in the Parliament, and well, seems like the idea was to give the best in the smallest time possible. As always, there were a lot of expectations from the Annual Budget (which you can read here), but here is how the budget actually fared in terms of sectors' expectations. Termed by many as the Booster Budget that would help India progress from the 75th to the 100th year of Independence, the Budget focused on moves that would create a long-term growth during the Amrit Kal (i.e, the next 25 years) over short-term relief.

There were no major dhamakedar announcements for the populace as such except for a few ones that stood out. Though the salaried employees, who were waiting for better tax rates and more deductions; MSMEs, and retail sectors, got nothing new, here is everything you need to know about the Budget 2022.

A country’s growth can come from either capital expenditure (Capex) or relief expenditure (Revex) or both. Revexes are a one-time solution and are often temporary, while Capexes are sustainable and long-term measures. Revexes often put money in the hands of people and encourage direct consumption to increase production. Capex facilitates production, self-reliance and self-sufficiency by creating infrastructure which would generate employment, which in turn will stimulate consumption. Both lead to increase in consumption, but Capex ensures a much needed ripple effect that lasts longer.

The Booster Budget of 2022 completely focuses on Capex in every aspect and sector of the economy. This is in line with PM Modi’s ‘Make In India’ scheme which has focused on self-production and innovation in the past few years, and the momentum for which has continued this year.

This means that the capital expenditure that the country allocates is the most influential factor for growth. This year the government plans to spend about Rs 7.5 lakh crore versus previous year’s Rs 5.54 lakh crore to stimulate indirect growth, which is good as it shows the government's seriousness in creating a self-reliant country.

Here’s a sector-wise look at the budget and how it might impact YOU: 1. FOCUS ON THE NORTH EAST

For all those who are still struggling to locate North East India in the map and are confused with the state names. #NortheastIndia #NorthEastMatter pic.twitter.com/E98VLMQWNZ

Probably for the first time, a budget has specific mention of benefits for North East India, which will support their overall growth. Rs 1,500 crore will be allocated additionally towards developmental projects in the North East, which will be over and above the existing operational schemes of the Centre and State. This project called PM's Development Initiative for North East, PM-DevINE, will not be a substitute but another benefit for the youth and women of North East India.

While the central ministries can pose their candidate projects, priority will be given to those posed by the states. The villages on the country's northern border would be covered under a new vibrant village program to enhance the development of the northeastern states of Assam, Arunachal Pradesh, Meghalaya, Manipur, Mizoram, Sikkim, Nagaland and Tripura.

Entrepreneurs often need post-production support to compete in the domestic and global market. The government has done its bit to support Indian entrepreneurs by encouraging value-added manufacturing and reducing unnecessary imports. This will be done by reducing duties on essential raw materials, enhancing duties on imported finished products and phasing out exemptions for products that can be produced in India. For items that heavily rely on imports, custom duty on raw materials has been reduced. This way, Indian products can be cheaper than imported products, thus making Indian products preferable.

Thanks to the Chinese tactics and armed forces' focus on modernising equipment, the defence budget (including defence pensions) has received a boost with a Rs 5.25 lakh crore allocation. For 2022-23, the total allocation under Capital Outlay of the Defence Services has gone up from Rs 86,740 crore in 2013-14 to 1.52 lakh crore.

Around 25% of the defence R&D budget has been earmarked for start-ups and the private sector, which has been welcomed by all. To reduce import dependency and promote self-reliance, 68% of the capital procurement budget has been earmarked for domestic industry in line with "Vocal for Local" push. The Indian Navy and The Indian Air Force see larger allocations as compared to last year, while that of Indian Army has gone down.

The private industry will be encouraged to take up design and development of military platforms and equipment “in collaboration with DRDO and other organisations” by creating Special Purpose Vehicles. To promote testing and certification from private entities, there will be “an independent nodal umbrella body'' set up for meeting wide-ranging testing and certification requirements.

In a much needed move, the government aims to transit from the long, tedious hard copy era into a digital ecosystem for land records.

This will support management of land records by online modes and since all states will be encouraged to adopt one central system, the system can be great to consolidate all records in one place. It's similar to how GST became the ultimate indirect tax when it subsumed other indirect taxes.

This online system will be called the 'National Generic Document Registration System' and the land records will be marked by a 'unique land parcel identification number'. This system will enable a uniform process for 'anywhere registration' of deeds and documents. The system will have facilities to transliterate the land records (access records in multiple languages) in 8 languages. This will also make the process transparent and land transfers litigation-free. This is expected to work wonders for the warehousing and logistics industry.

A high-level panel will help in urban planning along with institutes, who will frame policies for sustainable urban development. To increase the urban living capacity, states will be supported and the following will be modernised: building bylaws, town planning schemes (TPS), and transit-oriented development (TOD).

To develop an India-specific urban planning, design and provide certified training, up to 5 existing academic institutions will be designated as Centres of Excellence. Endowment funds of Rs 250 crore each will be allocated to these institutes and the AICTE will improve the syllabi, quality and access of urban planning courses.

Since land is a ‘state subject’ and fast track reforms are required, a special interest-free loan for 50 years will be provided to incentivise the state government so that both the state and Centre can work together. Budget 2022 has in big way pushed for Drone-As-A-Service (DrAAS) in agriculture.@csir_cimap has been working with UAV since 2018 and has facility with Octa, Quad and Fixed wing UAV with Hyperspectral & Multispectral sensors to monitor agricultural field.@CSIR_IND @PrabodhTrivedi pic.twitter.com/w0FJZA13hH

Th budget indicates more policies to help investors who are pouring foreign capital into Indian companies, and will also look to deal with taxes that are levied on foreign investors who pay a higher rate of tax than domestic investors.

The government is gearing up to form an expert panel to encourage venture capital and private equity investments.

This panel will help the government to examine "appropriate measures" to scale up investments. Venture capital and private equity investments have been more than Rs 5.5 lakh crore last year, and everybody would love a boost in this figure. Also more funds will be managed by private fund managers where the government will contribute about 20% of capital to boost investments.

The government also plans to speed up the voluntary winding up process for companies and bring it down from the historical 2 years to 6 months. 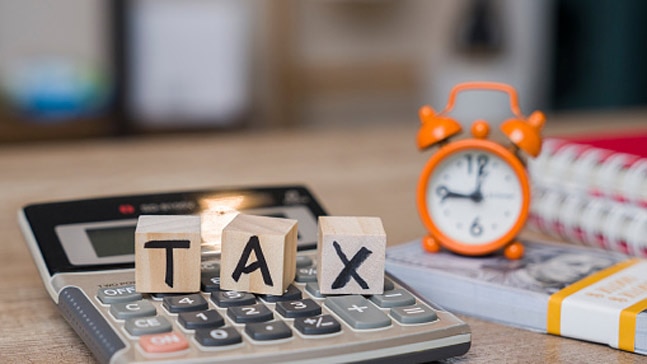 The International Financial Services Centre (IFSC) was launched in 2015 and is situated in Gujarat International Finance Tec-City, hence known as the “GIFT City” Special Economic Zone. Since then, the Annual Budget has been providing small gifts to stimulate the growth of IFSC.

For non residents, the budget has proposed to provide tax exemption on the income from offshore derivative instruments, royalty and interest on leasing ship, and portfolio management services.

An International Arbitration will be setup in GIFT city for timely settlement of disputes under international jurisprudence. Services for global capital for sustainable and climate finance will be facilitated in GIFT cities.#AatmanirbharBharatKaBudget pic.twitter.com/aXLo5IZnBG Since India’s national unemployment rate climbed back to pre-pandemic levels of around 7%, a booster budget for jobs was definitely anticipated. But the budget focussed on jobs in gaming, visual effects, comic and animation. Acknowledging the growing global and domestic interest in the Animation, Visual Effects, Gaming and Comics (AVGC) sector, the budget offers immense potential to employ youth. An AVGC task force will recommend ways to build the sector further.

The government also pins its hopes on the Production Linked Incentive (PLI) Schemes for achieving Aatmanirbhar Bharat, which can create 60 lakh new jobs in the coming years.

The budget focussed on ensuring assured income to the farming community with an announcement of Rs 2.37 lakh crore as direct payments for minimum support price (MSP) to wheat and paddy growers for the fiscal year 2022-23. This announcement comes after a year-long farmers’ protest demanding guaranteed MSP for farm produce.

The government plans to promote chemical-free natural farming throughout the country to boost sustainable agricultural productivity and income of the farmers. The use of Kisan drones for crop assessment and spraying of pesticides along with digitisation of land records would help bring more transparency in the agriculture sector.

Farmers across the country are stimulated to take up chemical-free organic farming seeing the positive after-effect in productivity, soil health and income accrued.Modi Govt’s strenuous efforts have enabled India to have the highest number of farmers engaged in organic farming. pic.twitter.com/445oOimTMA

The Ken-Betwa river linking project would be undertaken at a cost of Rs 44,000 crore which would benefit 9,00,000 farmers.

The government is set to launch sovereign government bonds, increase the funding for solar equipment, and take more progressive steps to encourage electric vehicles to indicate that clean energy financing will be a serious topic to meet India’s ambitious renewable energy targets.

The government intends to increase the funding under the production-linked investment (PLI) scheme for domestic solar cells and module manufacturing to Rs 24,000 crore from Rs 4,500 crore.

As a part of the government’s market borrowings, sovereign Green Bonds will be issued for mobilising resources for green infrastructure. The proceeds will then be used in public sector projects to help in reducing the carbon intensity of the economy.

The government has stressed on a battery swapping policy to be brought in and interoperability standards to be formulated. The private sector will be encouraged to develop sustainable and innovative business models for 'Battery or Energy as a Service' to improve efficiency in the EV ecosystem.

The government is also resolved to reduce dependency on coal and has promised to promote a shift in the use of public transport in urban areas. This would be complemented by clean-tech and governance solutions, special mobility zones with zero fossil-fuel policy, and EV vehicles.

This concludes our detailed impact of the budget. What did you expect from this budget?