"... a poorly drafted law that is riddled with ambiguities, amendments, clarifications and exemptions that inevitably lead to conflicting interpretations and spawn endless litigation. Needless to say, such uncertainty can spook investors and spoil the investment climate in the economy”.

If you think this is the frustration of a dejected entrepreneur or the pontification of a peeved economist, it’s neither.

These wise words come from the latest Economic Survey (2018-19), which has given India the dream of a $5 trillion economy. With a full chapter on policy uncertainty, the Economic Survey proved itself right after Finance Minister Nirmala Sitharaman presented Budget 2019. Developments post-Budget have created an insecure and ambiguous policy environment where industry players and investors are unsure about how to move the needle on business and investment.

The automobile industry that has been going through a terrible slowdown in its recent history got a heavy dose of policy uncertainty — right in the middle of the depression, the Budget slapped heavy customs duty on imports of auto parts. The cess on petrol-diesel has been hiked, adding to the fuel expenses of car owners.

While the industry struggles to adjust with new standards of pollution, the government has proposed to increase the registration fee for vehicles. Additionally, tax concessions have been announced for electric vehicles — a nascent segment that is yet to build infrastructure and start manufacturing. If it does, in all likelihood, parts and batteries will be imported from China.

An influx of policies has hit the industry so badly that despite frequent production cuts in motown, inventories have been piling up and dealership units are getting closed. Organised space comprises 40% of the automobile industry and is labour-intensive. Extensive job loss is expected in auto ancillary (auto components) and maintenance services segments.

A recent report says 3,50,000 layoffs have happened since April. Slowing down: And how. The automobile industry has been hit by numerous negative factors recently. (Photo: India Today)

Policy unrest has strangulated the housing and construction industry as well.

The vicious demonetisation hit the real state and housing industry right in the middle of an already intense slowdown —  the industry, grappling with falling demand and growing loan burdens, faced another disruption in Real Estate (Regulation and Development) Act, 2016 (RERA) before it could overcome the shock of the note ban. RERA indeed is a major clean-up drive, but it also led to several companies shutting down, leaving behind a pile-up of bad loans and frustrated homebuyers.

The imposition of goods and services tax (GST) on building construction material and sale of houses further crippled the sector. It took two years for the government to realise that high GST is detrimental to the health of the housing sector. No sooner than GST pressure was eased, the construction industry caught itself in the middle of an acute liquidity crunch after non-banking finance companies, such as IL&FS and DHFL, defaulted on their loan repayments.

This clampdown will stop developers from servicing buyers’ loans until projects are completed.

Last but not the least, the Supreme Court order in the Amrapali case, that public builder NBCC will have to complete unfinished projects, will also likely trigger more uncertainty and a crisis of confidence in the industry. 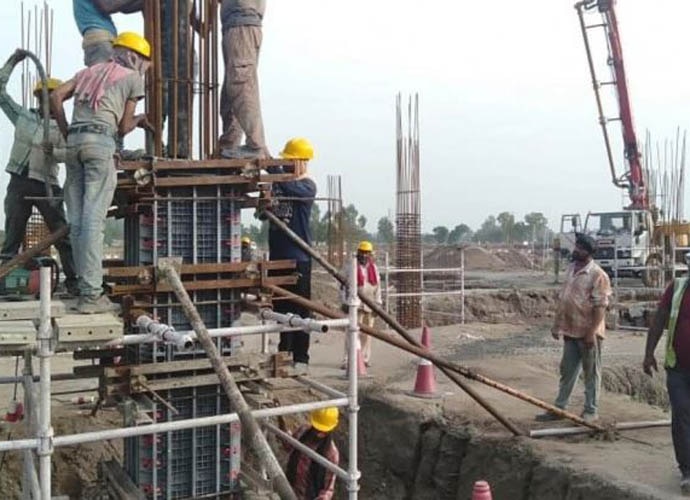 In the pits: Housing and real estate are not doing well either — and policy swings are certainly not helping. (Photo: India Today)

Construction is the biggest livelihood provider after agriculture. The industry is grappling with a deep mess, with over 13 lakh houses waiting for buyers across 30 cities, while several lakhs are still unfinished.

Such examples of policy volatility are visible in other sectors as well.

During its first tenure, the government had discouraged (quoting of PAN in buying) purchase of gold in a bid to curb black money. Now, the Budget has suddenly increased import duty on gold, indirectly incentivising smuggling and illegal trade in the domestic market. The high cost of imported gold would turn the jewellery export industry uncompetitive, resulting into job losses.

The Budget has brought bad news for Make in India too — by imposing a duty of 5% on parts of television sets. Companies such as Sony and Samsung may start importing assembled TV sets from FTA (free trade area) jurisdictions such as Thailand, Malaysia and Vietnam.

Since the Budget logged in, the policy instability has made the stock market bleed profusely with a loss of a whopping Rs 12.53 lakh crore in market capitalisation. The Budget has given all-round shocks to the market even as frequent changes in taxation have already troubled the investor community in the past.

The proposal to hike minimum public shareholding for listed companies to 35% from 25% was announced without explaining its rationale. Raising effective tax rates for persons (including foreign investors registered as a body of individuals or an association of persons) reporting a taxable income of Rs 2 crore or more is contrary to the Interim Budget in February that promised tax concessions to be announced in the final Budget.

The Budget did not honor the then-Finance Minister Arun Jaitley’s promise that the tax rate for companies (irrespective of turnover) will be brought down to 25% by 2020.

After the imposition of dividend distribution tax, many companies had resorted to buybacks to share excess cash with shareholders. With 20% tax imposed on buybacks, the government has brought the buyback and dividend at par. 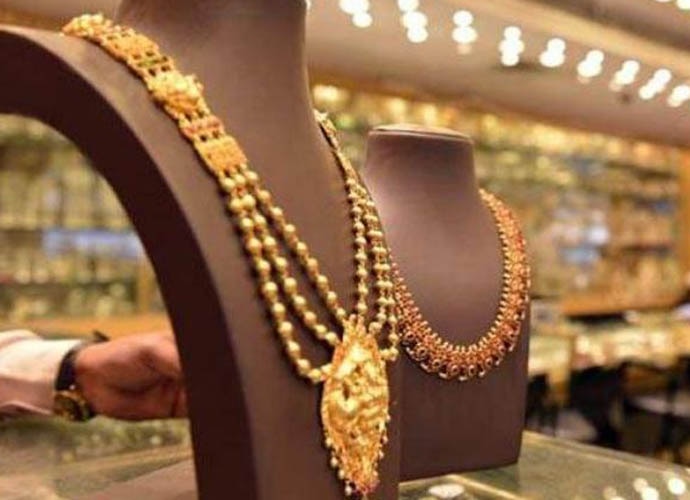 Where's the glow? With an increase of import duty on gold, illegal trade has been incentivised. (Photo: India Today)

In order to find a solution to its ongoing structural slowdown, the following passage of the Economic Survey must be printed in the minds of the mandarins now:

“The top-level policymakers must ensure that their policy actions are predictable, provide forward guidance on the stance of policy, maintain broad consistency in actual policy with the forward guidance, and reduce ambiguity/arbitrariness in policy implementation. To ensure predictability, the horizon over which policies will not be changed must be mandatorily specified so that investor can be provided the assurance about future policy certainty”.

Also Read: The Name is Bond: Why be afraid of a sovereign debt?

#Indian economy slowdown, #Indian Economy, #Union budget 2019 highlights, #Budget 2019 highlights
The views and opinions expressed in this article are those of the authors and do not necessarily reflect the official policy or position of DailyO.in or the India Today Group. The writers are solely responsible for any claims arising out of the contents of this article.