A toxic retro tax is dragging India's global image down

Cairn Energy, one of the victims of this legislation, has claimed Rs 37,700 crore from the government as compensation.

Among the worst decisions of the Narendra Modi government is not repealing the retrospective tax legislation.

Finance minister Arun Jaitley has had three opportunities to take this regressive law off the statute books. He has ignored all three.

Now Britain’s Cairn Energy, one of the victims of the retrospective tax legislation, has claimed $5.6 billion (Rs 37,700 crore) from the Indian government as compensation.

Cairn has filed a 160-page statement of claim with an international arbitration panel. India may eventually not have to pay Cairn a penny – a settlement will be engineered – but the affair will dent the government’s reputation for fair play. 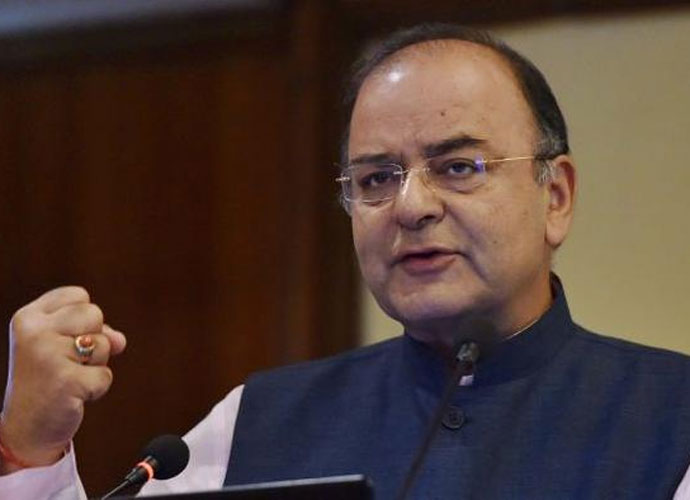 Finance minister Arun Jaitley has had three opportunities to take this regressive law off the statute books. He has ignored all three.

The company was recently slapped with a new Rs 29,047 crore tax demand, including interest and penalties, relating to a decade-old reorganisation of the company’s India unit, Cairn India.

In the 2016-17 Union Budget, Jaitley outlined a dispute resolution mechanism to deal with cases such as Cairn and Vodafone, the other high-profile litigant caught up in the retrospective legislative web. The deadline expires on December 31, 2016. The mechanism has found no takers and is unlikely to do so before its expiry.

The retrospective law was passed in 2012 by then finance minister Pranab Mukherjee to override a Supreme Court order in favour of Vodafone against a contentious cross-border transaction tax demand.

It remains the most oppressive and thoughtless legislation in recent years, allowing tax authorities to re-examine cases retrospectively to 1961-62. It is astonishing that Jaitley has not yet repealed it.

Instead the government has been forced to go through expensive litigation and arbitration (in which only lawyers and their cronies reap rewards) over unjustified tax claims. The Supreme Court’s ruling, which Mukherjee overruled with the retrospective tax law, underscored how legally untenable the cross-border tax claims were.

The initial tax notice to Vodafone demanded a sum of just under Rs 12,000 crore. In its judgment delivered in January 2012, the Supreme Court ruled in favour of Vodafone.

Here’s what Justice KS Radhakrishnan said in his order: "The demand of nearly Rs 12,000 crore by way of capital gains tax, in my view, would amount to imposing capital punishment since it lacks authority of law and, therefore, stands quashed."

That should have sealed the matter in favour of Vodafone. It should also have set a rock-solid precedent for future cases involving Cairn, Shell and other domestic and foreign companies.

In 1986 then Prime Minister Rajiv Gandhi had used his overwhelming parliamentary majority to overturn the Supreme Court’s 1985 judgment on Shah Bano. But even then the decision to do so took nearly a year: Rajiv consulted widely before bowing to clerics’ demand.

In the Vodafone case, Mukherjee was in unseemly haste. Within weeks of the Supreme Court’s judgment, he amended the Income-Tax Act, 1961, to allow retrospective taxation and override the apex court.

In one stroke he eroded global confidence in the independence of India’s judiciary and the fairness of Indian governance. Investment began drying up. Between 2012 and 2014 the Indian economy faltered, struck by policy paralysis caused at least partly by the finance ministry’s caprice.

By not repealing the retrospective tax, Jaitley has forced the prime minister to frequently and personally assure foreign investors that the regressive law would never be applied to fresh cases.

It is inexplicable why then such a draconian piece of legislation is allowed to remain in force. It is testament to the inherent strength of the Indian economy that, despite this regressive tax law, FDI has hit new highs, clocking over $55 billion in 2015. The figure could have been even higher had the Modi government repealed the law, as it should have, two years ago.

Quite apart from the bloody-mindedness of such a retrospective tax law, the damage it does to India’s reputation as a place to do business in is incalculable.

While the prime minister promotes Make in India and foreign direct investment (FDI), the finance ministry, by not repealing the retrospective tax legislation, is undermining that effort.

Article 3 of the 1994 India-UK Investment Treaty, under which Cairn has now sought international arbitration on the dispute, is unequivocal: "Investments made from the contracting party will be accorded fair and equitable treatment and enjoy full protection and security in the territory of the other contracting party."

Cairn said in a recent statement: "Cairn has had robust legal advice that the action of the government in seeking to apply tax retrospectively to the internal group reorganization in 2006, and in freezing Cairn’s assets in India, are a breach of the treaty, which protects against expropriation and ensures a fair and equitable investment environment for British investors in India."

Jailtley’s contention is that pending tax cases inherited from the UPA government’s 2012 retrospective tax legislation such as Cairn, Vodafone and Shell must be allowed to wind down.

In the meantime, while they wind down, lawyers will make money, India’s global reputation will suffer and its global ranking in the ease of doing business will sag. That makes it three own goals.

Such self-inflicted wounds are unworthy of a nation which wants to set standards, not lower them.

#Arun Jaitley, #Cairn, #Retrospective taxation
The views and opinions expressed in this article are those of the authors and do not necessarily reflect the official policy or position of DailyO.in or the India Today Group. The writers are solely responsible for any claims arising out of the contents of this article.