Exit Strategy: How to make it work

India Today Editor-in-Chief talks about how to to get the economy back on track while ensuring there is no resurgence of Covid-19, in the April 27, 2020 edition of the India Today Magazine.

As the deadly coronavirus rages across the world, it has put many facets of a country to test, its medical infrastructure, its economy, its social security net, the discipline of its people and the nature of its polity. Most importantly, it has tested the mettle of its leaders. The president of one of the richest and most powerful countries in the world—the idiosyncratic Donald Trump—has been floundering, with disastrous consequences. He was first in denial of the crisis, then he acted too late, causing confusion with dubious medical advice, quarrelling with state governors over jurisdiction, seeming more interested in reviving the economy than in saving lives and, in a final piece de resistance, withdrawing funding from the World Health Organization. No wonder, the US is the worst hit in terms of cases and deaths. There was also British prime minister Boris Johnson, who meandered around the crisis before taking action and ended up being afflicted himself. Then there have been exemplary leaders like French president Emmanuel Macron and German chancellor Angela Merkel, who have demonstrated firm resolve in the face of the crisis.

In a sense, their choices were much easier than those before India’s prime minister. They are leaders of developed countries which have excellent medical facilities and an enviable social welfare system. Narendra Modi, on the other hand, has to balance not just lives and livelihoods but also lives versus lives, considering the country’s precarious financial state; 269 million, or 21 per cent of the country’s people, live below the poverty line and will be pushed down even further if the lockdown continues endlessly.

It could not have been easy for him, therefore, to announce, on April 14, that the lockdown was being extended by another 19 days. But Narendra Modi did it with conviction, combining firmness with optimism. It was also a collaborative rather than a unilateral decision as several chief ministers, all battling spikes in Covid-19 cases in their respective states, favoured an extension of the lockdown. History will be the better judge of this decision, but there is no disputing the necessity of the lockdown. A study by the Indian Council of Medical Research (ICMR) estimates that if even one person is not isolated, he or she can infect 406 people in 30 days. At the end of the first phase of the lockdown, India reported 12,338 infections and 420 deaths. Testing remains a big issue. The slow pick-up in testing means we don’t have enough data to accurately predict if we have achieved what we set out to do on March 24—break the chain of infections and arrest community spread of the disease. India’s rate of testing as on April 16 was an abysmal 196 per million. To reach South Korea’s level of testing (10,550 per million), we need to test 13.9 million people, and to match the UK’s 4,750 per million, we need to test around 6 million people as against the mere 258,730 individuals who had been tested till April 16. Clearly, we have a long way to go. For, unless we know the size of the problem, we won’t know how to manage it. It is a race against time, as the disease spreads like wildfire. Worse, there is a worldwide shortage of testing kits and expertise.

There is no one playbook in the fight against the virus. Different countries have to fight it differently. South Korea, for ins­tance, chose aggressive testing over a complete lockdown. It tested a quarter of its population in six weeks and invested in new forms of treatment. The US did not go for a lockdown either, but it was, until recently, complacent about its strategy. South Korea has lost 229 persons to the disease so far, the US, over 28,000. Spain and Italy also locked down late, and the death toll in these countries too has been punishing. Complacency, clearly, is not an option. These are things India must keep in mind as it reopens for business on May 4. But it should also remember that it is a poor country which cannot afford an indefinite lockdown. 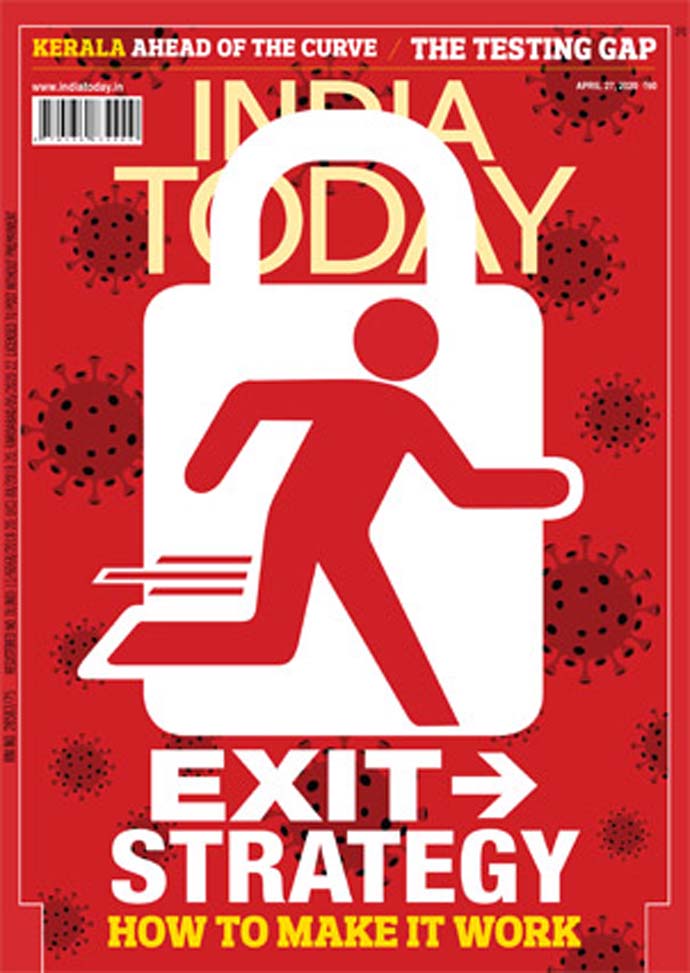 The costs to the Indian economy are already staggering. Industry bodies and analysts estimate the world’s biggest lockdown is costing the country $26 billion or Rs 2 lakh crore per workweek, and there is every likelihood that we may not grow at all this financial year. It is, therefore, imperative for the government to restart the economy. The process has begun, with the home ministry issuing guidelines allowing agricultural and MSME operations, transportation of goods without distinction and resumption of manufacturing in industries with access control.

The government seems to have opted for a gradual recovery rather than a sudden restart for various reasons. There is no demand, so it doesn’t make sense to run major industries. The second priority is to get the economy back on track while ensuring there is no resurgence of the disease. The government has, therefore, identified ‘hotspots’, or districts with a high incidence of Covid-19, for focused attention. A vital element of this strategy will be testing and the use of technology to track and treat the infected. With Lockdown 2.0, the government has given itself some breathing space to enhance medical infrastructure and help the needy.

These are some of the key aspects of the exit plan that our cover package analyses. The lead story, by Group Editorial Director (Publishing) Raj Chengappa, examines what’s behind the strategy and the imperatives ahead. Associate Editor Sonali Acharjee focuses on the critical aspect of testing. Deputy Editor Amarnath K Menon looks at the strategy to manage the hotspots while Deputy Editor Shwweta Punj assesses whether the new guidelines expected after April 20 will be enough to revive the vital MSME sector. Mail Today Photo Editor Pankaj Nangia, meanwhile, takes us to the frontlines of the war — inside the intensive care unit of a designated Covid-19 hospital in Delhi.

Tough times call for tough measures. The lockdown will conti­nue. There will be hiccups in getting the economy back on the rails. At the same time, the disease and death will have to be kept in check. It is, no doubt, a long haul. But with a proactive government and clear-headed leadership, coupled with the enterprise and fortitude of its people, India, I firmly believe, will overcome this crisis.

(India Today Editor-in-Chief's note for the cover story, Exit Strategy: How to make it work, for April 27, 2020)

#India today magazine, #Lockdown2.0, #Indian Economy, #Economicimpactofcovid19
The views and opinions expressed in this article are those of the authors and do not necessarily reflect the official policy or position of DailyO.in or the India Today Group. The writers are solely responsible for any claims arising out of the contents of this article.