How Modi turned demonetisation, a drive against black money, for cashless India

It remains to be seen whether the PM manages to get out of this 'chakravyuh', or eventually gets consumed by it.

On the 13th day of the Kurukshetra war in the Indian epic Mahabharata, Arjuna’s son Abhimanyu entered the "Chakryavyuha" or "Padmavyuha" - a multi-tier defensive formation that looks like a blooming lotus - without the ability to manoeuvre his way out of it. Prime Minister Narendra Modi seems to be in a similar quandary today.

The demonetisation drive has reached the halfway stage and the perception battle is still ongoing among the political stakeholders in all its fury.

While opinions among citizens vary, the fact that people are still, by and large, peaceful and disciplined, is a propitious sign for the establishment. Prime Minister Modi still seems to enjoy the goodwill of a considerable number of populace in the Hindi belt that had voted overwhelmingly for the BJP in 2014.

The move that was initially tom-tommed as a crusade to arrest black money has since slowly metamorphosed into a push for a digital cashless economy.

The shifting of goalposts was necessitated on multiple accounts: Eminent economists had punctured the government propaganda on the generation and stock of domestic black money, and also because the slow and painful process of remonetisation was evident to everyone.

While a digital economy with minimal cash transactions is indeed a noble idea, ground realities in rural India make it a utopian, quixotic pipe dream. The demonetisation drive has reached the halfway stage and the perception battle is still underway. (Photo: AP)

More than 70 per cent of our population inhabit the rural terra firma, and World Bank estimates that more than 47 per cent of them do not have a bank account. The literacy rate is still hovering around 74 per cent and life expectancy about 66 per cent.

It is true that the figures greatly vary among states and the "BIMARU" states are primarily responsible for the abysmal figures. On a recent trip to my home state of Kerala, I was shocked to find vegetable vendors using Point of Sale (PoS) terminals in their shops.

On further enquiry, I learned that the number of PoS machines handed over by State Bank of India (SBI) in a fortnight in Kerala since November 8, which is about 10,000 machines, matched roughly the number sold by the bank since 2011. The same was the case with Federal Bank and many other banks.

One possible explanation for the hassle-free experience in banks and the adaptation of digital systems of payment in a quick time in Kerala could be the high levels of literacy and life expectancy in the sate which is at par with Western nations.

That raises another fundamental question: Is rural India, where four out of five villages do not have a brick-and-mortar bank, ready for a monumental decision of this scale? Isn’t it necessary to give them a fair chance at getting a decent education beyond primary school, and more importantly, provide them rudimentary healthcare facilities before subjecting them to this sort of an assault? 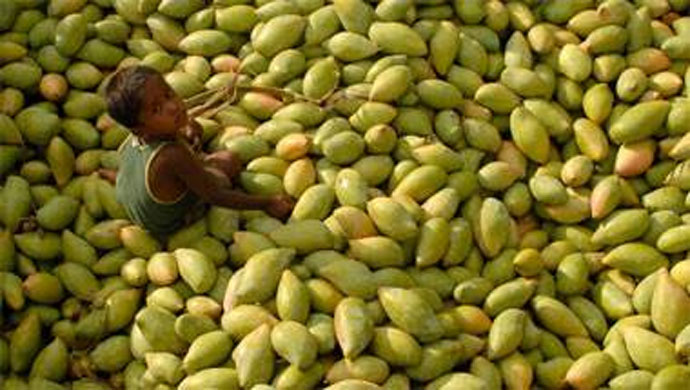 Is rural India, where four out of five villages do not have a brick-and-mortar bank, ready for a monumental decision of this scale? (Photo: Reuters)

The votaries of right-wing economics will point out to the massive wastage and corruption that prevailed in the preceding decades to point out to the failure of handouts in India and how "going digital" will solve everything.

That raises another question: Is India ready to roll out digital financial services on such a huge scale? The answer is a resounding no.

The broadband connectivity in India is a mere seven per cent compared to the 98 per cent in Singapore. Even countries like Sri Lanka and Vietnam are way ahead of us with 30 per cent connectivity or more.

If Digital India is going to ride on this infrastructure, what happens to the excluded millions inhabiting the hinterlands?

While the objective to root out black money is indeed worthy, the policy prescriptions that have followed seem terribly flawed and aimed more at gaining political capital than any lofty ideals.

If we go by the figures released by the Reserve Bank of India on November 28, 8.45 lakh crore or $124 billion in the demonetised currency has been returned to the banks between November 10 and November 27.

The RBI releases its Weekly Statistical Supplement (WSS) report every Friday detailing its weekly operations under 14 tabulated reports but this data is not available in the report released on December 2.

Former finance minister P Chidambaram, quoting sources in the finance ministry, has come up with a figure of Rs 11 lakh crore, and if you add another Rs 50,000 crore, from the 75,000 crore available with the banks on November 8, more than 70 per cent of the demonetised currency has been deposited with the banks already.

Post yet another Income Disclosure Scheme (IDS) announced by the government with a penalty of 50 per cent, possibly to discourage people from laundering their black money illegally, the figures might cross 90 per cent of the total demonetised currency in the next four weeks, thereby rendering the entire task a futile exercise in unearthing black money; especially when you consider the massive shock to the system and the resultant loss of GDP, and more crucially, the loss of so many people’s lives.

And moreover, in the mad rush to roll out this massive juggernaut, and factoring the impediments of maintaining secrecy, the government could not add more safety features that would have further restricted the generation of counterfeit currency.

The other day, finance minister Arun Jaitley admitted that things would not get back to normal on January 1, 2017 as promised by the prime minister on November 8.

By taking out 86.4 per cent of the currency without any back up, and with printing of the new currency estimated to vary anywhere between three-nine months, the government has indeed been exposed for their “monumental mismanagement”, to quote former PM Manmohan Singh.

As for India’s transformation to a digital economy, one might paraphrase Victor Hugo to qualify the thought as an idea whose time definitely hasn’t come.

It remains to be seen whether Prime Minister Modi manages to get out of this "chakravyuha" of his own making and reaps the intended benefits, or would eventually get consumed by it.

Also read: Why is PM Modi misleading the poor to steal black money?

#Digital India , #Narendra Modi, #Demonetisation
The views and opinions expressed in this article are those of the authors and do not necessarily reflect the official policy or position of DailyO.in or the India Today Group. The writers are solely responsible for any claims arising out of the contents of this article.