4 reasons why markets will crash further

The demonetisation drive announced by the Narendra Modi government has created a severe cash crunch.

The market continued its downward movement on Tuesday after a three-day break. While the Sensex fell 514 points, Nifty was down by 187.5 at 8108 level. We look at four factors why the market fell today.

With people looking to exchange Rs 500 and Rs 1,000 notes, these transactions will be now low on priority for those who are struggling to get cash to meet their daily needs.

PC Jeweller stock fell 26 per cent in early trade to a new 52-week low of Rs 288 on the BSE. Tribhovandas Bhimji Zaveri lost 12 per cent  to Rs 60.50 on the BSE. Gitanjali Gems fell almost 12 per cent to Rs 56.45. Transactions in the sector are mostly done through cash.

Real estate stocks also took a hit as the majority of transactions in the sector include cash payments. Reports say real estate prices are projected to fall by 25 per cent across the country in the near future.

The BSE consumer durable index slumped 900 points in less than two trading sessions, amid low demand projection for goods in the near future as people go hunting for cash countrywide. 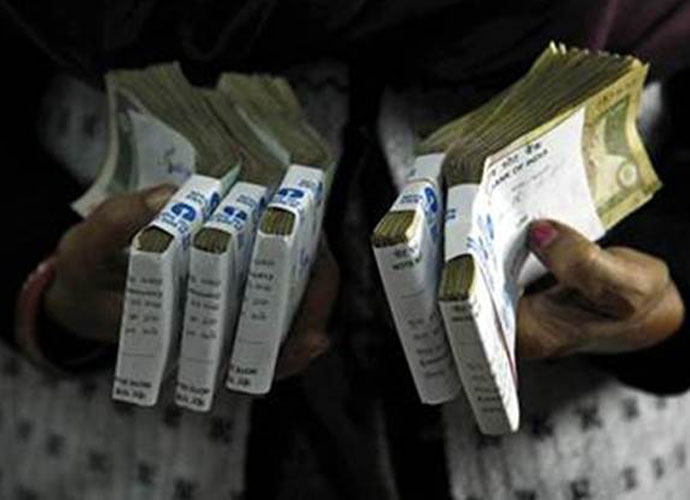 Possibilities are high that funds will flow out from emerging markets to the US, chasing higher rate of interest.

Rupee's fall: The rupee fell to a five-month low of 67.75, slipping almost 50 paise, tracking movement of the US dollar which hit a 14-month high today. The Indian currency fell due to weak economic data released last week.

Factory output for the April-September period of the current financial year declined by 0.1 per cent compared to 4 per cent growth in the year-ago period, data released by the Central Statistics Office show.

Factory output, as measured in terms of the Index of Industrial Production (IIP), had grown by 3.7 per cent in September last year.

Also read: Demonetisation haste: History has a warning for Modi

#Rupee, #Sensex, #Demonetisation
The views and opinions expressed in this article are those of the authors and do not necessarily reflect the official policy or position of DailyO.in or the India Today Group. The writers are solely responsible for any claims arising out of the contents of this article.

The writer is a journalism student whose area of focus is business news.