Why Vajpayee stands taller than Rao, Manmohan and Modi put together

In two-and-a-half decades of economic reforms, despite having pro-market credentials as prime ministers, no one else ever dared to privatise ailing PSUs.

In India, privatising a public sector company is perhaps a bigger challenge than contesting an electoral battle or even conducting a nuclear test.

Don't see it as an incongruous claim. This may well be a credible reality if one looks at the 25-year-long history of India's economic liberalisation.

It was only Atal Bihari Vajpayee, leader of a complex coalition, who championed the cause of minimum government and made sure that the government has no business in doing business.

He successfully implemented a privatisation policy, and with the sale of 28 companies, his government showed that running hotels or making bread is not where government should meddle.

As Modi also favours PSUs and has just put a jumbo team of ministers to work, contrary to expectations of a lean government, let's look at India's chequered experience with minimum government and pruning of PSUs.

But before moving forward, let's read the following excerpts from Congress leader Jairam Ramesh's book, To the Brink and Back - India's 1991 Story:

"So, any decision of sale or one amounting to sale, of our public sector undertakings is a serious one. This news must have come as a rude shock to those with a background knowledge of India's economic policies since independence…. Mixed economy was part of a package that epitomized an ideal combination of 'middle path' policies.

… if, as seems, reasonable to surmise the (disinvestment) proceeds are to form of the admittedly uncomfortable budgetary assets, the decision would be tantamount to selling one's dwelling house to pay grocer's bill. …

It is most unfortunate that government should be thinking of selling off Air India/Indian Airlines. I simply cannot think of India selling off her national carrier, which carries the national flag." 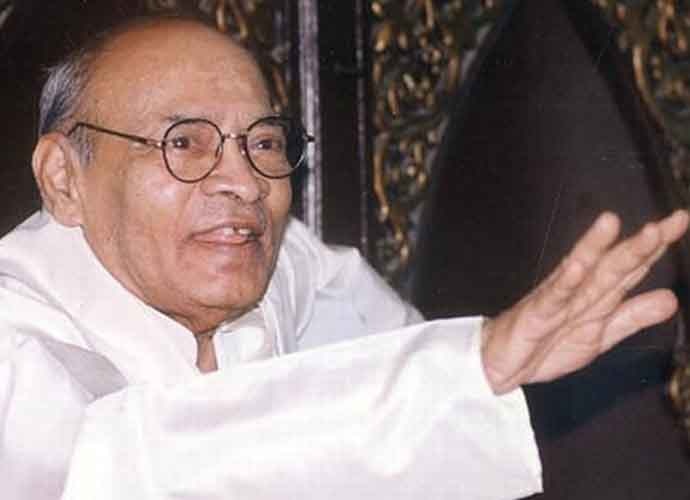 Narasimha Rao's reservations on public sector had turned into PSU policy of the Congress party.

This is not a comrade's cribbing. This comes from PV Narasimha Rao's, political mentor of India's 1991 opening, long pro-PSU speech, prepared for Congress Party Plenary (March 2001) in Bangalore.

Rao's address could not be delivered, but he expressed deep anguish over Vajpayee's privatisation policy in a discussion with Jairam Ramesh on the sidelines of Bangalore plenary.

Narasimha Rao's reservations on public sector had turned into PSU policy of the Congress party, and privatisation became blasphemy eventually.

Despite being at the helm for ten years, Manmohan Singh comprehensively failed to take a courageous call on PSU reforms.

Irrespective of the accomplishments of economic reforms, the fact remains that successive governments kept themselves involved in the business of running banks, hotels, power houses, and making of steel, chemicals, fertiliser or three wheelers, and that too with heavy losses.

Government has 290 companies under 41 central ministries. Banks are in addition. In the active 234 companies, a sum of Rs 17 lakh crore of public money is invested. Their total production is worth Rs 20.6 lakh crore.

Out of them, 71 are running in losses. The total profit from public undertakings is Rs 1,46,164 crore which means the return on their investment is nearly equal to the interest (6-7 per cent) government pays on its market borrowings.

Two-thirds of the profit of public enterprises comes from coal, oil and electricity production and distribution. The government enjoys a monopoly in these areas.

Profit also comes from public sector undertakings in areas where PSUs get a large proportion of natural resources on cheap rates, or for free.

The total losses of central public sector undertakings amount to Rs 1,19,230 crore. If we combine these with bad loans and banks' current losses, the figures look scary. Over 863 PSUs are operational in the states and majority of them are in losses.

It is surprising that HDFC Bank's total market value is greater than the combined worth of more than a dozen government banks, or that the market value of Reliance Industries is greater than that of Indian Oil, Bharat Petroleum, GAIL and Hindustan Petroleum put together. It shows that there is no economic logic for keeping these companies running.

Months-long vacancies in higher positions of government companies are a further confirmation of administrative laissez-faire. The logic of employment by PSUs is also untenable.

In the employment market, the share of organised sector (public and private) is only six per cent. There are only 1.76 crore people in government sector, out of which 13.5 lakh people are employed in PSUs.

Narendra Modi was expected to become a market-friendly prime minister by virtue of his claims about minimum government and maximum governance. But that has been an anti-climax.

The Modi government recently asked cash-rich public sector firms ONGC, NTPC and Coal India to adopt one closed urea plant each for revival, which would cost them about Rs 18,000 crore over the next four years.

Also read - Modinomics has made India a stronger economy today

The government has already announced its plan to set up four steel plants in Chhattisgarh, Jharkhand, Odisha and Karnataka, the first state-owned greenfield projects that will come up in this sector in almost four decades.

It seems, Indian politicos just love public sector and PM Modi comes as a reconfirmation to this pious tradition of India's politicians.

The notion of keeping government in business is not economic or employment-oriented, but purely political. With decentralisation and emergence of independent regulators, political leaders are fast losing their privileges.

As public sector undertakings run on public money, it is, in principle, a national loss when these companies incur losses. It is clearly evident in the case of government banks where budgetary money (read taxpayers) and depositors' savings, are both at risk.

However despite all the ills and idiosyncrasies of PSUs, we have to admit that the support for keeping them has now transcended across party ideologies and become a political tradition. This is probably the biggest ever pending reform since 1991 and unlikely to happen soon.

#Narendra Modi, #Atal Bihar Vajpayee, #Economic Reforms
The views and opinions expressed in this article are those of the authors and do not necessarily reflect the official policy or position of DailyO.in or the India Today Group. The writers are solely responsible for any claims arising out of the contents of this article.