Why the current economic slowdown is worse than that of 2008

The government is yet to even acknowledge that there is a slowdown.

How did we get here and what’s the way out?

The ‘S’ word is spoken of in hushed tones. In fact, if you are in the government and seen making a statement on the unprecedented times India is going through, you could lose your job, said a senior government official. 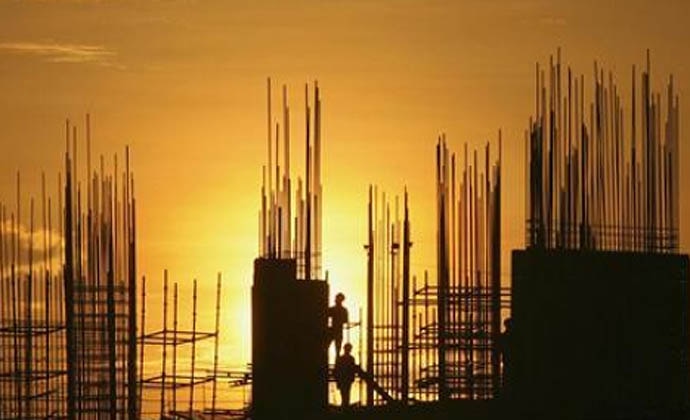 The GDP growth could actually be around 3.5 per cent and not 5 per cent. (Photo: Reuters)

Let’s face it, these are the worst times India has seen in a decade. The last time the economy went through such a rough patch was 2008, but at the time, India was at the receiving end of what was happening globally.

Memories of the Lehmann crisis are still fresh. It was a time when the American economy collapsed as its financial system came undone. Indiscriminate lending and a thriving, unregulated shadow banking sector brought the American economy, and with it the rest of the world economy, to the brink.

However, the problems right now are centred more around the domestic economy; but this time too, the cancer spread from the financial sector to all other levers of the economy. As loans turned bad, big businessmen fled or filed for bankruptcy, and a booming shadow banking or the Non-Banking Financial Company (NBFC) sector, which is not as regulated as the traditional banking sector, collapsed. This sector has been the source of credit for India’s unbanked segments such as dealerships, small businesses and traders.

Economists say that the first quarter GDP numbers for Financial Year (FY) 2019 at 5 per cent is equivalent to about 3.5-4 per cent growth, as per the old method of calculating GDP.

And even if we were to consider the 5 per cent growth rate, the last time India grew at below 5 per cent was in 2008-09, at 3.09 per cent. But Prime Minister Narendra Modi’s advisors do not see a slowdown yet. Most often, the response of the government to the possibility of a slowdown is a snub or denial. That perhaps explains the lack of policy coherence in stemming the slowdown and the inordinate delay in reacting to it.

Until the run-up to the elections, the narrative was clearly focused on the strength of the Indian economy. There could be different aspects to the slowdown — structural slowdown is more deep-rooted and occurs with a shift in an existing paradigm — a change in consumer behaviour or a demographic change.

Cyclical slowdowns are characterised by a period of lean economic activity related to business cycles, and could be short-term or medium-term. Or a slowdown across certain sectors. While the Reserve Bank of India (RBI) has said that the slowdown is cyclical, which means it requires counter-cyclical measures and a combination of fiscal and monetary measures.

But the lack of an assessment by the policymakers has left people guessing, and an incoherent policy approach doesn’t help. For instance, finance minister Nirmala Sitharaman decided to undo the damage by withdrawing the hike in surcharge on Foreign Portfolio Investors announced just months ago in Budget 2019-20. As a result of that announcement, foreign investors withdrew more than $3.4 billion or Rs 24,500 crore from domestic equities in July and August. 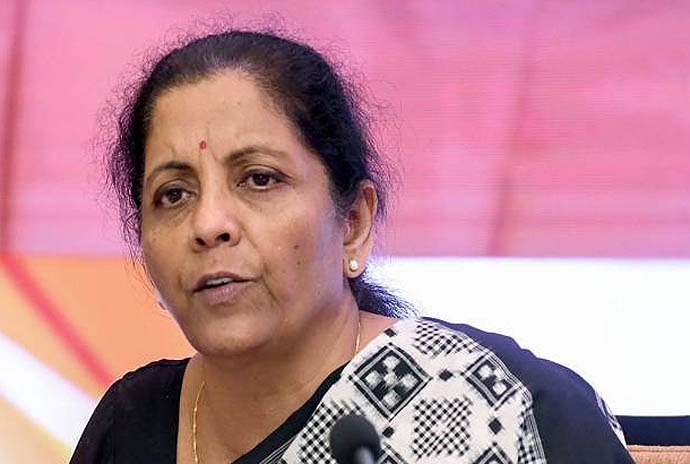 One narrative was that the FM was responding to feedback; another was that she let the stock market bully her into rolling back the hike. Overarchingly, the sense that economists and analysts are getting is that the government is responding in bouts, revoking bad decisions, announcing some bold measures such as allowing Foreign Direct Investment in coal mining, but these measures are unlikely to give a short-term boost to the economy.

Policy advisor at Ernst and Young India, DK Srivastava, explains that consumption and investment demands have been falling for several years. “Investment fell down 7 percentage points of GDP between 2011-2012 and 2017-2018. Most of this fall was because of a fall in household savings. It is a cyclical downturn of consumption and demand. There are two policy instruments available to the government — reduce the policy interest rate, which the RBI has attempted, and fiscal stimulus. But they have been attempting to fix fiscal deficit while tax revenues have gone down.”

The government so far through its slew of announcements, including an upfront recapitalisation of banks; speeding up of GST refunds; clearing of government dues; sector specific interventions which include allowing an additional 15 per cent depreciation on vehicles acquired till march 2020, a scrappage policy and that BSIV vehicles purchased up to March 2020 will remain operational for the entire period of registration for the automobile sector; opening up FDI in coal mining and easing of sourcing norms in single brand retail, are all measures with long-term impact and will not stimulate demand.

“The difference between the 2008-09 slowdown and now is that at the time, the body was fine and running fast and hit a wall. But this time, the body is not as strong and will take longer to get up,” explains an economist, who did not want to be named.

What India needs at the moment is a combination of structural reforms and steroids. No reform is painless. GST for instance, however well intentioned, caused considerable pain to the economy. Reforms related to land and labour are more structural in nature and while they are of utmost importance, the fact is that in its first term, the government ignored the jobs and income issue completely and focused on creating assets and not on incomes. It lacked the balance between the two. And continues to be bereft of breakthrough or radical measures.

There is also an overwhelming concern that India could be turning socialist as corporate profitability as a proportion of GDP hits an all-time low. The government has intertwined a lot of political narratives into the economic policy, such as fight against crony capitalism, black money, anti-corruption, and it has tailored its policies to meet the political narrative. When political and economic narratives merge, they end up with very restrictive economic policies.

PM Modi is perhaps feeling the heat of this fused narrative. He chose his Independence Day address to reach out to industry as he addressed the nation saying that wealth creators deserve the nation’s respect.

India’s response to the 2008 crisis was very quick and delivered in a very short span of time — both from a fiscal and monetary point — while Modi government’s approach has been protracted. And so would the slowdown be. The government is yet to diagnose the issue as a demand problem. It appears that the government has still not been able to identify the real problem. (Photo: Reuters)

When the Modi government in the 2015-16 Budget gave the states a higher share of financial resources, it also fundamentally shifted its public expenditure policy — altering the design of fiscal federalism in India — but it did not restructure its expenditure profile and continued to maintain large ministries on state and concurrent subjects.

Nearly one percentage point of additional expenditure can be incurred by restructuring alone. Add to that state government capital expenditure, which is two per cent, and most states will be within their Fiscal Responsibility and Budget Management limits by increasing capital expenditure to three per cent. The non-government public sector can increase its spending by 1.5 percentage points. They don’t have a limit on their borrowing and can borrow at lower interest rates.

The government can raise funds through non-tax revenues — through sale of spectrum and sale of land assets. Through these measures, the government can spend up to 4 percentage points of GDP over the next six months and provide the demand impetus the economy needs. So far, the government has taken procedural and sectoral measures, which will facilitate but not provide a breakthrough.

Economists and industry also call for tax breaks, doing away with the 28 per cent tax bracket and lowering of tax rates to put more money in the hands of people. The decline in credit is precipitous. In fiscal year 2018, Rs 3 lakh crore worth of credit was extended across sectors, in FY 2019, credit fell to Rs 400 crore.

(For more on the slowdown and prescription from economists, please refer to the India Today cover story.)

#Nirmala Sitharaman, #GDP growth, #Indian Economy, #Economic slowdown
The views and opinions expressed in this article are those of the authors and do not necessarily reflect the official policy or position of DailyO.in or the India Today Group. The writers are solely responsible for any claims arising out of the contents of this article.