In 2020, this is how Nirmala Sitharaman can spruce up the economy

As the whole country gears up for the FM's second Budget next month, some believe that the economic slowdown has bottomed out.

The new year began on the right note when it came to the country's number one challenge — the economy. Finance Minister (FM) Nirmala Sitharaman announced a Rs 102 lakh crore infrastructure infusion that would kick in over the next five years.

After weeks of snowballing protests against the Citizenship Amendment Act (CAA), not to speak of bad press in the India and abroad, this refocusing on the country's economy was timely and much-needed. The FM reminded us at the very start of the new year of PM Narendra Modi's push to make India a $5 trillion economy by 2025. As in most other matters, however, experts are by no means united either on the problem or the prescription. 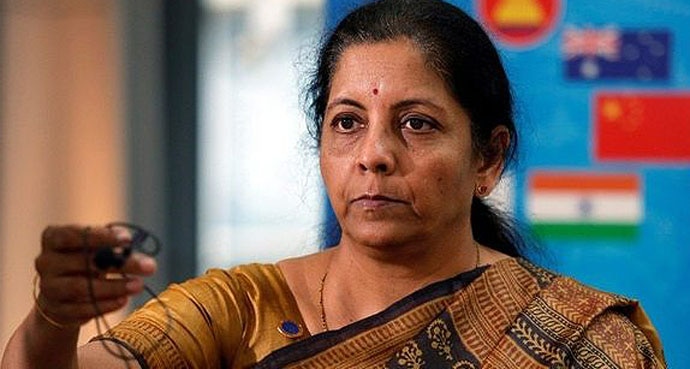 Finance Minister Nirmala Sitharaman announced a Rs 102 lakh crore infrastructure infusion that would kick in over the next five years. (Photo: Reuters)

As the whole country gears up for the FM's second Budget next month, some believe that the economic slowdown has bottomed out. Better times are ahead, they assure us. Look at the stock market, for instance. The bulls have convincingly dislodged the bears. For now.

The sceptics warn that we are in for a long-term slowdown, with an impending recession staring us in the face. Most industries have expanded to overcapacity, outstripping the demand.

If true, what this means is that though there is liquidity in the system, the appetite for goods and services will not increase enough to spur the economy. Neither employment nor the availability of gainful work will keep pace with the growing population. The youth presents a special area of concern. While their expectations have already risen, the actual opportunities will not keep pace with their needs or desires.

A growing section of our population is likely to be disgruntled, thus vulnerable to political manipulation. College and university students across the country, barring a few elite institutions, are not all that secure about their future. Among the affluent, the flight from India has already touched unprecedented proportions, with the US alone soon set to attract some half a million students from India according to some estimates.

Those who remain in India with uncertain prospects are likely to be more susceptible to anti-government propaganda and persuasion. A young and restive underclass, it is feared, will be ripe for incitement if not insurrection. This certainly is not good news for the ruling Bharatiya Janata Party (BJP).

Why it was needed

As long as the economy does well, citizens may overlook or condone the government's controversial policies, even political lapses. But if the pain extends to where it hurts the most, ie, the wallets and pocketbooks, the anger of common citizens is likely quickly to turn into anti-incumbency. Not that the Opposition has any magic wand to help the country tide over its economic challenges. But populism, casteism and identity politics may suddenly seem more appealing to those who feel insecure about their position in society.

What are the options? With high-paying jobs becoming harder and harder to come by, the one segment of wage-earners that will expand is the service sector. But that will only increase the gap between the haves and have-nots. The rich, whether in industry, business, commerce, trade, bureaucracy, or even farming, are sitting pretty on piles of property, assets and cash. In fact, India's richest man, Mukesh Ambani, added $17 billion to his net worth in 2019. In stark contrast, unlike the last few decades, the aspiring middle class has fewer avenues for rapid advancement.

Economic inequality also means social inequality, neither of which is good for the country.

However, can the government ensure efficiency in utilisation and execution of funds? Sitharaman has promised both "a robust monitoring mechanism" and "reforms" in the public-private partnership model in awarding and enforcing contracts on the one hand and resolving disputes, should they arise, on the other. This is certainly a positive move. But centralising the growth engine of the economy so firmly in the government's hands is not always good in the long run. It is the people, with the vast productive resources, who should feel empowered.

For instance, what about the huge workforce of self-employed small entrepreneurs, the hawkers, street-vendors, suppliers of daily needs to millions, as also the skilled and semi-skilled craftspeople and artisans? Though productive, they live on the edge of society, often falling through the cracks in tough times.

Let the FM also pull out something from her bag of goodies for these neglected heroes — the much-mocked teasellers and pakora-makers of India.

#GDP growth, #Indian Economy, #Nirmala Sitharaman, #Economicslowdown
The views and opinions expressed in this article are those of the authors and do not necessarily reflect the official policy or position of DailyO.in or the India Today Group. The writers are solely responsible for any claims arising out of the contents of this article.