Nirmala Sitharaman's economic package does not quite amount to the deep structural reforms India needs. It is a crisis liquidity fund to put the economy back on its feet.

It takes a crisis to trigger economic reforms in India. After six years of status quoist policies by the Narendra Modi government, the economic and social devastation wrought by the Covid-19 pandemic has ignited a reformist impulse. Finance Minister Nirmala Sitharaman's Rs 20 lakh crore economic package does not quite amount to the deep structural reforms India needs. It is a crisis liquidity fund to put the economy back on its feet. Will the proposals announced by the FM solve the chronic problems that afflict the Indian economy? Or will they serve primarily as a liquidity lifeline for distressed workers, farm labourers, MSMEs, middle-class professionals and industry?

Consider first Sitharaman's initial proposals which are the first instalment of a series of announcements to be made over the next several days.

The key objective of "Aatmanirbhar Bharat Abhiyan" - as the new proposals are branded - is providing liquidity to stressed sectors. The five pillars on which the policy rests are the economy, infrastructure, technology, demography and demand. The emphasis on MSMEs is clear. Under the FM's proposals, stressed MSMEs will receive significant relief. These include collateral-free loans amounting to Rs 3 lakh crore. Discoms, long-struggling under heavy debt, get a Rs 90,000 crore liquidity boost. The real estate sector and contractors receive a six-month moratorium on projects delayed by the Covid-19 pandemic. 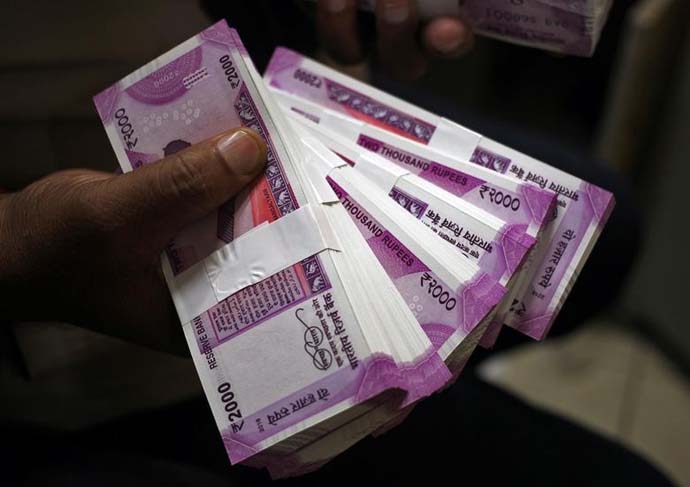 Interestingly, the government will buy debt paper of non-banking finance companies (NBFCs) and housing financing companies (HFCs). These firms fund MSMEs. The liquidity provided to them will further aid small entrepreneurs and traders to overcome their liquidity squeeze. Middle-class professionals will welcome the reduction of 25 per cent in tax deducted at source (TDS). Thus if TDS is Rs 10,000, it will now be reduced to Rs 7,500.

While MSMEs will be pleased with the infusion of liquidity, the FM side-stepped the question of funding. She will answer it only once all the proposals of Aatmanirbhar Bharat Abhiyan are announced in subsequent days. There are enough indicators though where the money will come from. Of the Rs 20 lakh crore economic package, nearly half will be part of previous announcements by the Reserve Bank of India (RBI). The bulk of the balance Rs 10 lakh crore will come from borrowings. Interest rates are low. The government can issue T-bills, commercial paper and foreign bonds at rock-bottom rates, fully hedged for foreign exchange fluctuations. The cost of borrowing Rs 10 lakh crore at an average interest rate of 4 per cent is Rs 40,000 crore a year. That will add a mere 0.15 per cent to the fiscal deficit, allaying any fears of a credit downgrade.

Growth in 2020-21 is, however, likely to be near-zero. There will be a healthy bounce-back on this low base in 2021-22 with GDP possibly growing in excess of 7 per cent. If the liquidity injection proposed by the FM is implemented well, growth in the economy will take care of the increased borrowing needed to kickstart the locked down economy. Real reforms, when they do come, must focus on sustainable privatisation, taxing agricultural income above a specified income and acreage threshold and implementing the direct tax code. Reforms on land, labour and laws must follow. Prime Minister says these form the core of the economic package along with liquidity. At the moment though, it is liquidity that forms the basis of Sitharaman's proposals.

The government has positioned the economic package as a "second reset" after the 1991 liberalisation brought about by a bankrupt treasury. The Narasimha Rao - Manmohan Singh reforms were real reforms. They ended the licence-permit Raj, slashed import duties, partially floated the rupee and cut taxes. The Atal Bihari Vajpayee government continued these reforms in 1998-2004. When Modi took office as Prime Minister in 2014, he was expected to be an enthusiastic economic liberaliser. After all, hadn't Gujarat prospered economically during his twelve-and-a-half-year tenure? It had but few noticed two quirks.

One, there was no effort to privatise the state's public sector units (PSUs). Two, Modi relied heavily on the state bureaucracy to carry out his policies.

Is the reset for real?

As the Prime Minister, Modi continues to go slow on privatisation. His faith in the bureaucracy remains strong. The fact that the Rs 20 lakh crore economic package has been branded by the government as the first economic reset since 1991 tells its own story. Shouldn't the first reset since 1991 have been in 2014? To be fair to him, Modi inherited an economy in 2014 that had been ravaged by the Congress-led UPA government. It needed repair, not reform. But six years later, that argument has worn thin.

Labour, land, laws, agricultural tax, privatisation and the direct tax code are real reforms. India awaits them. Till then what we have is not an economic reset but liquidity crisis management.

Also read: How growth and equity get a boost in Finance Minister's economic stimulus package

#Aatmanirbhar bharat, #Msme, #Economic Reforms, #Economicstimulus
The views and opinions expressed in this article are those of the authors and do not necessarily reflect the official policy or position of DailyO.in or the India Today Group. The writers are solely responsible for any claims arising out of the contents of this article.