The PM's two biggest gambits have done nothing to revitalise the economy.

Prime Minister Narendra Modi, after his election victory in 2014, promised India a booming economy. After waiting for months, people still hoped for the good times, the "achhe din". Finally, as the economy moved up or down depending on the world and regional economies and internal markets, it became clear that some new boost was in order. Finally, PM Modi decided to play his strongest gambit: demonetisation in November 2016. It failed. Only one per cent of the demonetised currency notes came back to the Reserve Bank of India (RBI).

The fond belief that "demo" would bring in thousands of crores of black money to recharge the economy turned out to be a nightmare. The poor, who had been promised as much as Rs 15 lakh in their bank accounts from the expected black money returning to the system, had their hopes dashed.

With 86 per cent of the currency demonetised, cash flows dropped sharply. The underbanked rural economy with relatively few banks, whose cash replenishments came in slowly as in the case of scattered ATMs, meant low availability of currency for the farmers and rural labour.

In the urban areas, from Delhi to Kolkata to Mumbai, sales were down. Even the legality of the move was questioned by senior lawyers, who pointed out that the RBI Act, 1934 (updated to 2017) had been violated. 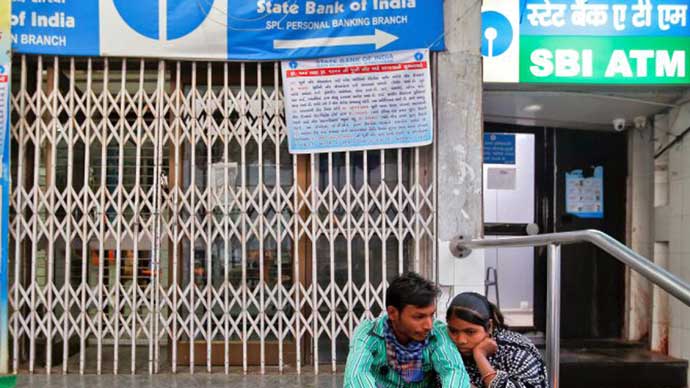 In the underbanked rural economy, the return of cash was painfully slow.

Senior counsel appealed to the Supreme Court, but since this was post-demonetisation, there was little that could be done, as the extreme step had been taken.

Before the economy could recover, months later, there was a new gambit: GST. More than 150 countries across the world have some form of GST. But they have just two-three slabs of taxes at most. The Modi model has as many as six. No wonder there is confusion and despair among the trading community. The confusion has been compounded by the drama over the inclusion of petrol and diesel, which was rejected by the GST Council.

The trade deficit figures and rising cost of oil imports are bad news for the economy. The costs of fuel have been rising. The cost of fuel, especially diesel, which powers trains, trucks, tractors apart from buses, cars and two-wheelers plays an important role in the economy. This is the reason behind the debate in the GST Council on whether fuel taxes could be considered. Since India has restricted oil reserves, the pressure of rising prices is going to continue to be a problem.

So, basic problems putting pressure on major economic issues and lack of an export drive to counter-balance the growing oil import deficit necessitate a major push for exports. Large economies, including the US, Europe, China, et al not significantly expanding growth means that exports from the Global South will be under extreme pressure. Even China's median growth has slowed down to an official 7 per cent this financial year. Some Chinese experts claim that this estimate is an official figure, with the actual Chinese median growth being substantially lower at around 4 per cent. Of course, the Chinese GDP growth is expected to be around 7.6 per cent in this financial year, though few agencies predict 7 per cent.

In times of a tumultuous world economy, it is imperative to give a major push to the domestic economy. Exports must go up, imports must fall; generating employment will lead to the expansion of the consumer market — these are all well-known strategies. But increased targets are achievable if the state, the private sector, traders, farmers and other stakeholders of our economy work together to create jobs and generate more resources.

This is a big ask. However, there is no other way but to find what will provide a major thrust to build an inclusive and dynamic economy.

Post your comment
#Demonetisation, #GST, #Narendra Modi, #Indian Economy
The views and opinions expressed in this article are those of the authors and do not necessarily reflect the official policy or position of DailyO.in or the India Today Group. The writers are solely responsible for any claims arising out of the contents of this article.