The signs are clear: India is on the verge of an economic slowdown

Not just the small businesses, but even the large ones are beginning to feel the pinch now and it’s high time we did something about it.

What is exactly worrying Indian businessmen and investors? Adi Godrej and Kiran Mazumdar Shaw have proved their mettle in Indian business, so it’s only natural that when they speak out, they make news. Among corporate circles in Mumbai, the buzz is growing louder that the government has become much more anti-business than in its first term. It’s no surprise then that the benchmark Sensex fell 560 points on Friday, July 19, as overseas investors sold shares worth ₹950 crore. Added to this, is the concern of an economic slowdown.

There are at least some in Mumbai’s financial circuit who believe that yet another bear phase — which the country saw in 2013, and in the mid-1990s — might grip the markets as it battles domestic worries and the likelihood of an economic downturn in the US, which can hurt sentiments worldwide. The Narendra Modi government wants to attract big investments into India to fire up the economy to grow at a nominal 12% rate to reach $5 trillion by 2025, but the mood among investors belies a larger problem that can actually make the economy slow down. Kiran Mazumdar Shaw is speaking out about the impending doom of an economic slowdown that awaits all of us. (Photo: Mail Today)

A recent report says that business sentiment has dramatically come down. According to IHS Markit, a London-based research firm, business activity expectations in India fell to their lowest reading since the survey started in 2009. That would mean that business confidence is lower than it was under the United Progressive Alliance (UPA) government. The reasons for this are all too familiar. Companies are worried about a slowing economy, public policies, weak sales, rupee depreciation, lack of skilled labour and even water shortages. Only a net 15% of the private sector companies surveyed in June see output growth in the year ahead.

Meanwhile, India’s industrial output slowed to 3.1% in May, weighed down by muted growth in mining and manufacturing sectors, according to IIP (Index of Industrial Production) data released by the government last week. Weaker corporate earnings are not helping either. Auto sales fell 21% in May, compared to 2018. Exports fell to a 41-month low of $25 billion in June this year. Investment in new projects plunged to a 15-year low in the June quarter, as Indian companies, private and public, announced new projects worth ₹43,400 crore in the June 2019 quarter, 87% lower than the year-ago period. 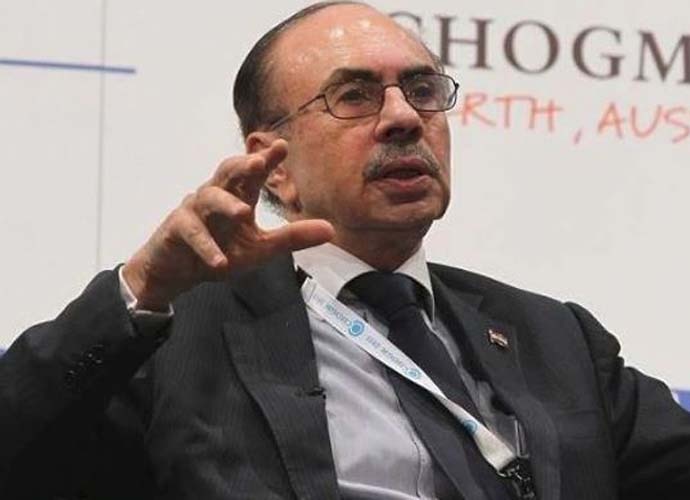 Adi Godrej caused quite a stir when he claimed that increase in hate crimes and moral policing is damaging India’s economic growth. (Photo: India Today)

The falling optimism in the economy can become a serious impediment for the Narendra Modi government to meet its economic targets. Industrialist Adi Godrej stirred the hornet’s nest when he said that rising intolerance, hate crimes, and moral policing can ‘seriously damage’ India’s economic growth. “It’s not all a rosy picture now. One must not lose sight of the massive impoverishness plaguing our nation, which can seriously damage the pace of growth going forward and prevent us from realising our potential,” Godrej said.

Joining the chorus, Kiran Mazumdar Shaw, said, “The economy is not in a good shape, and we should not be in denial."

The 2019 Economic Survey and Budget place a lot of thrust on boosting investment. But capital investment confidence in India is among the weakest of all countries for which comparable data are available. Now, as large businesses begin to feel the pinch, the issue is coming to the fore. Any quick solutions in sight? Make the country more tax friendly, address the ills in the non-banking financial sector with speed, and create an environment that is entrepreneur and investor-friendly. Else, we may have to see growth slip again, and miss the economic targets of Modi 2.0.

Also Read: No decisive step to arrest the economic decline in Union Budget 2019