The state is becoming greedier by the day. It innovates ways to extort. Multiplicity of taxes, tolls and fees have become the norm. The banks, metro system, railways, airlines, public utilities and parking mafia have joined the race.

Different states are increasing house and land taxes as well. There is also the so-called green tax.

It is affecting growth. The abysmal manufacturing and industrial growth is not just for one reason, but the high fees and taxes contribute to the slowdown.

Delhi’s obsession with changing “parking policy” is the most extortive in the name of decongesting. Decongestion has not happened, but parking fees have been raised to help the mafia at the cost of citizens. It is virtual pick-pocketing.

The government or municipal bodies forget that a Delhiite pays high parking fee, parking tax as he buys a vehicle apart from road tax and fuel cess on every litre. So how much for parking one should pay?

When the parking charges were added to the cost of every new vehicle, the argument was that since one parks vehicle on roads in his residential area he “has to pay”. It was illogical. The hikes in the parking fees in 2014, and increases in the one-time parking charges in 2015 in Delhi are too recent.

But now surprisingly even after that “tax”, the new parking policy, prepared by the Aam Aadmi Party and approved by Delhi Lt Governor (LG) Anil Baijal, proposes to charge more for day-time parking and for peak hours.

It also proposes charges on colony road parking both during day and night. The rates will be higher for those having more than one car. It is atrocious as the state has lagged on creating public transport.

It is strange that it received the approval of the LG. Has the “popular” AAP government forgotten that having charged a one-time parking fee they cannot levy any other charge? It only smacks of the government playing into the hands of the mafia. Are there other fallouts also for the party in power? The aam aadmi, whose welfare was said to be the primary aim of the party, has certainly gone into oblivion.

The Delhi Metro was supposed to be affordable so that the city could get decongested. It is no more so. After about 85 per cent hike in fare, it is one of the most expensive public transport systems. The government should know that the poor living in Seemapuri or other resettlement colonies are unable to afford this luxury. They spend more time either travelling by buses or pedal a bicycle to long distances to save the meagre wages they receive. The move has affected productivity of the poor. 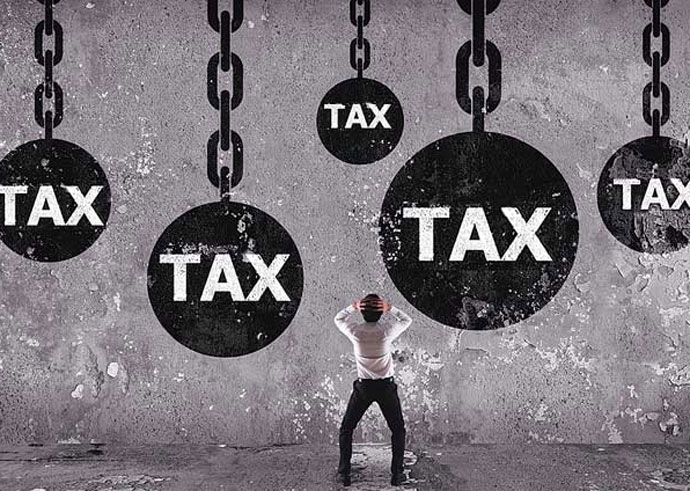 Such penal levies by different government agencies are hampering industrial and economic development.

The railways are equally raising fare on the sly either in the name of premium trains or on some other pretext. The worst is their dynamic fare, though railway itself is lacking dynamism. It also acts irrationally when it comes to refund on cancellation. Even when it itself cancels a train it charges Rs 65 and more per ticket. On other cancellation charges, despite railways being overbooked, it either does not refund at all or makes nominal payment. It is malpractice and is virtual loot.

The airlines are also into similar malpractice.

Public sector banks are no exception. They have been levying unexplained charges, hiking fees on issuing bank drafts, deducting heavy amounts on dishonoured cheques, punishing for low balance, though banks do not lose a penny. Now what the SBI and some other banks have started doing is robbery.

The banks without even informing the account holders deduct amounts at their will. This is illegal and is against the very concept of being the custodian of people’s money.

What it is now doing may be the end of organised banking. If there are more than 40 transactions in a year, three a month, banks would deduct (though they cannot) Rs 57.50 for each from the 41st one. So a salaried person getting his salary credited would be subjected to this bank tax from the 29th transaction.

If you are making more than four withdrawals from ATMs, it is to cost Rs 150 per transaction plus service tax of Rs 23. Some banks have already started charging Rs 25 or more per ATM transaction.

Also, the banks are reducing deposit interest rates. Interests earned, though interest is only a hedging against inflation, attracts income tax. So if one is keeping money in a bank, he has more to lose. The businesses would certainly look for alternatives and hawala might thrive for being less expensive and fast delivery.

The developed western world is looking for ways to move out of banks to escape extortion.

If the banks are in disarray either for NPA of over Rs 12 lakh crore or their inability to recover loans, they themselves are to be blamed. They have misappropriated people’s money and are now trying to make it up by levying penal charges on the depositors.

The government’s move to deal with bankruptcies of banks, insurers and the financial sector to tackle the potential systemic crises is only a pointer to the abysmal affair.

There are apprehensions on GST and ST. Each new tax system whether VAT or service tax had only increased costs.

Such penal levies by different government agencies are hampering industrial and economic development. Annual growth in trade, hotels, transport and industry reaches a two-year low, as per latest official statistics.

This is leading to default on repayments by large companies, including telcos and housing and infra companies unable to start their projects owing to cash crunch and are returning land to development authorities. Some of the large companies surrendered their lands worth over Rs 10,000 crore to the Noida Authority.

The reason is simple with multiple taxes and levies, people are left with little to spare. If India has to grow, the country has to have an integrated approach for reducing levies and taxes. It is not good governance. More the levies, slower would be the economy.