The default threshold limit is being increased to Rs 1 crore from the previous Rs 1 lakh to prevent triggering of IBC proceedings for medium and small enterprises.

As India goes through an unprecedented lockdown with businesses shutting shop, factories closing down, cash flows getting crunched — Indian businesses are left grappling with economic and regulatory uncertainty. Several small and medium-sized businesses are worried that the impact of coronavirus could push several businesses into bankruptcy. The Insolvency and Bankruptcy Code (IBC) was introduced in 2016 as the single law for insolvency and bankruptcy in India, consolidating all the existing laws, and put in place stringent provisions wherein even a day’s delay in loan repayment could push the company towards being termed as a Non-Performing Asset (NPA). 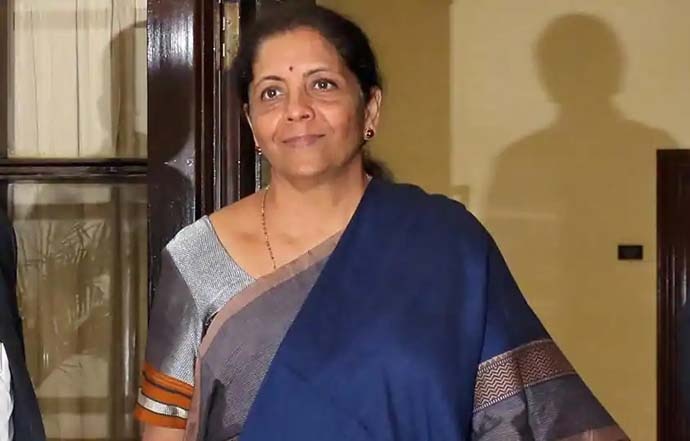 Finance Minister spoke on the relief measures for taxpayers and businesses to aid the fight against the fast-spreading coronavirus pandemic. (File photo: Reuters)

Among a slew of announcements towards regulatory and compliance easing — including deferment of filing of Income Tax returns to June 30, 2020, the extension of Vivaad Se Vishwaas Scheme to June 30, 2020 — Finance Minister Nirmala Sitharaman announced on March 24 that the threshold limit for defaulting has been increased from Rs 1 lakh to Rs 1 crore. She went on to add, "In case the situation continues like this beyond April 30, then we may consider suspending Section 7, Section 9 and Section 10 of IBC for a period of six months so that companies can be stopped from being forced into IBC proceedings.”

Section 7 of the IBC states that a financial creditor either by itself or jointly with other financial creditors or any other notified person by the central government may file an application for initiating corporate insolvency resolution process against a corporate debtor. Section 9 gives power to operational creditors to initiate corporate insolvency resolution process after default. Before initiating the proceedings, he has to send a demand notice demanding payment.

While the success story of IBC has been mixed in terms of recovery rate until 2015, it would take over four years on an average to resolve an insolvency case in India. This has fallen considerably after the IBC came into effect. Post Covid-19 outbreak, the worry and threat of becoming an NPA were looming large on several small and medium-sized businesses who are struggling with paying salaries and have been seeking deferment of loan repayments and payment of GST. There is an overwhelming consensus that India needs a massive stimulus programme in the form of lower tax rates, loan waivers, a sector-specific stimulus to soften the blow of coronavirus that has nearly shelved China’s growth by half from 4.8 per cent to 2.9 per cent.

S&P Global foresees a recession in the US and the Eurozone, which will impact India as well. Consumption is likely to take a further blow, making it imperative for the government to announce the promised stimulus package soon.

The Finance Minister has categorically stated that a package is in the works but patience is now wearing thin.

Also read: A Towering Modinomics Feat: Why the Insolvency and Bankruptcy Code is among Modi 2.0's biggest achievements

#Finance minister nirmala sitharaman, #Coronavirus in india, #Covid-19, #Coronareliefmeasures
The views and opinions expressed in this article are those of the authors and do not necessarily reflect the official policy or position of DailyO.in or the India Today Group. The writers are solely responsible for any claims arising out of the contents of this article.