Why I don't expect lower taxation this Budget

This government does not believe in low taxes or at least uniformly low taxes across the board.

Let me start by saying I would love to be proved wrong in this prediction. I mean, who would not like a much lower rate of taxes. And yet I am willing to stick my neck out and say this: the Budget presented on February 1 by finance minister Arun Jaitley will not dramatically reduce the level of taxation you have to deal with.

Sure, as expected some direct tax relief and corporate tax rate reductions may be announced.

But the indirect taxes, levies, surcharges etc will more than make up for it. You may be taxed less on your personal income, but you will shell out more in other areas.

The net effect will be that you will not be vastly better off after Budget of 2017 than you were before when it comes to overall taxes you pay the government.

With the budget coming up, most tax advisors and experts have said they expect a good cut in corporate taxes and income taxes to alleviate the pain of demonetisation and spur consumption.

The finance minister may meet those expectations (though he may choose only an incremental route and not a big move as many expect). But some of those cuts will come with riders. 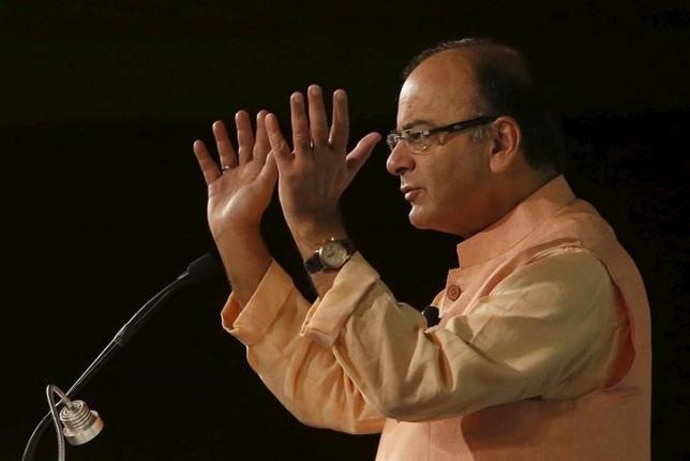 The Budget presented on February 1 by finance minister Arun Jaitley will not dramatically reduce the level of taxation you have to deal with. Photo: Reuters

For example, if corporate taxes go down, many of the exemptions that corporations today enjoy while calculating their tax dues will also be removed. This could actually make the effective tax at 24-25 per cent higher than today for many firms, even though the top tax rate for corporate is higher today.

More than that, the fact that the amount of taxes that a normal person (and firms as well) pay has only been going up since the new government took charge.

That is because of the cesses and surcharges that have been tagged on.

More importantly, over the past two years, service tax rates went up sharply and today they are at 14 per cent, plus the Swachh Bharat and Krishi Kalyan cesses which add up to another 0.5 per cent. Equally, the number of services that need to pay service tax is steadily going up.

There is talk that given that GST has been deferred to July 1 for implementation now, the service tax in the Budget will go up to 18 per cent (plus cesses and surcharge), which is also the rate likely to be in GST.

(There is further talk that in GST, 18 per cent might be the base rate and services deemed as luxury services may actually attract 28 per cent tax).

All this would mean that any benefit by way of direct taxes would be nullified for the end user by way of the increase in indirect taxation levels.

There are two other reasons why I think a dramatic removal in overall taxation levels is unlikely. The first one is that so far the current government has believed in going for every little bit of tax it can get.

Apart from the cesses, it has increase excise on petrol and diesel multiple times when crude prices were falling, to mop up extra revenues and balance its budget. It has so far not reduced the excise duties (though it may) even when prices of crude have hardened.

Similarly, it first said that it intended to tax India focused funds, though that has not been put on hold till the budget at least. It has levied a tax on dividends beyond a certain amount, and it might well tinker with capital gains tax to mop up some extra revenues from the market transactions.

Finally, the idea of a transaction tax on high cash withdrawals have also been mooted, though it is unclear at this moment whether the government is actually planning to levy it.

Any which way you look at it, this government does not believe in low taxes or at least uniformly low taxes across the board.

The other bigger reason is that it is still unclear whether the demonetisation exercise will bring enough new tax payers in the fold and increase the direct tax base sharply enough and on a permanent basis to make a difference.

Until it does, the government will still need to figure out how to raise enough revenues to meet its goals of social development spending, infrastructure spending and managing the fiscal deficit. Sure spectrum, natural resources auction and sale of stakes in PSUs will help raise some money in the next two years.

But unless tax revenues go up sharply, one does not see how the fiscal math will add up. And that is why I do not think the taxation that we face will come down as much as my more optimist friends do.

Post your comment
#Budget 2017, #Income Tax, #GST
The views and opinions expressed in this article are those of the authors and do not necessarily reflect the official policy or position of DailyO.in or the India Today Group. The writers are solely responsible for any claims arising out of the contents of this article.