Why is India still struggling to be a middle-income country?

Steeped in a debate and all the rage over demonestisation, one thing that has no one paying heed to is India's failure to become a middle-income economy. The transition to middle-income status, which should have been a given, largely remains an unfinished agenda, even seven decades after Independence.

For India to make the transition to middle income would require an annual per capita GDP to be in the range of $6000-$7000, which assuming a population of 1.3 billion, would require a fourfold economic expansion from the current levels. India’s serious underperformance, on almost every socio-economic parameter, would come as a deep disappointment to the wide cross-section of economists and political scientists who had hailed it as both the "great liberal hope" and the post-colonial economy "most likely to succeed" in the 1950s.

Global Economic Prospects (World Bank, 2015) identifies several countries that have successfully made the transition from a lower to middle income status over the past two decades. The underlying reasons for this successful transition are broadly delineated as a surge in commodity prices, the lagged effect of political and economic reforms initiated earlier, a low-base effect, particularly in the transition economies of Eastern Europe and the former Soviet Union and debt relief that provided heavily indebted countries with greater fiscal space to invest in the development of physical and social capital, which in turn helped expand supply potential and diversify economic composition. 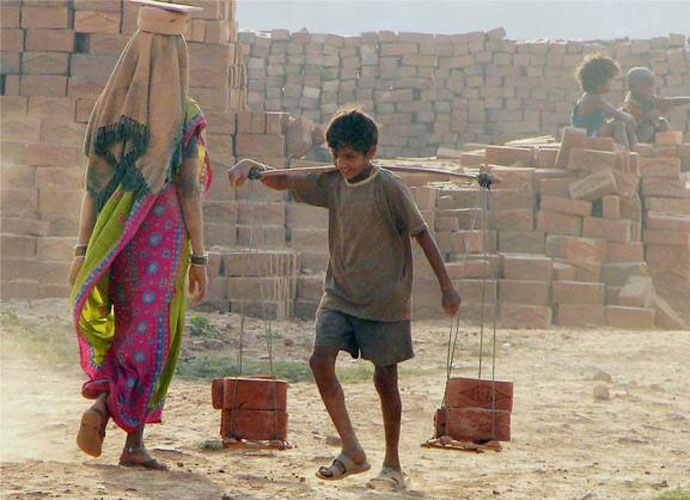 The report is quick to identify the aforesaid triggers as essentially one-off or vulnerable to global economic downturns, especially with countries whose economies were largely driven by commodity exports.

The fundamentals, both economic and political, that the development discourse over the past four decades has identified as essential remain unchanged. Thus, sustained economic growth with commensurate levels of poverty reduction will continue to be driven by medium to high levels of non-volatile economic expansion, mature and functioning institutions resulting in better governance, unremitting investment in physical and social capital development and policy reforms that would stimulate domestic demand and expand supply potential.

As global evidence suggests, the converse is also true. Countries that have been unsuccessful in making the transition to middle income status, have large primary sectors (averaging 25 per cent of GDP), are extensively dependent on remittances from citizens living abroad, are hobbled by ineffective institutions resulting in widespread corruption and poor governance and fare abysmally on most metrics of social sector development.

How does India stack up on these parameters? The limited relevance of country-specific experiences outlined in Global Economic Prospects to India, with its significantly larger and more complex economy and a social structure that is arguably the world’s most diverse, does not diminish the salience of the report’s leading recommendations.

They, therefore, deserve to be treated with the utmost seriousness. To its credit, India has managed to maintain an annual average GDP growth rate of over 6 per cent since the initiation of reforms in 1991.

India’s development is being hobbled by its low spending, both in absolute and relative terms, on physical and social capital development.

Its spending on education at 3.3 per cent of GDP compares unfavorably not just with historical East Asian spending levels, but also with the global average of 4.9 per cent.  Widespread leakages which ensure that a significant share of even the paltry amounts allotted to social sector development do not reach its intended recipients, point to weak institutional development, making a bad situation worse.

Physical infrastructure in India lags its peers by some distance and despite the successful completion of a few high profile projects, is largely underdeveloped on almost every metric. India currently spends about 6 per cent of GDP on infrastructure as compared to 11 per cent for China.

The difference in spending in absolute terms is even higher, when the relative sizes of the two economies are considered.

The immediate implication of this disparity is that infrastructure-related transaction costs in China are far lower than in India. This is arguably the main reason why India has been unsuccessful in positioning itself as a manufacturing hub as an alternative to China, despite having a large domestic market and sharply rising wages in China.

Sustained economic growth in India is simply not possible with levels of labor and capital productivity that rank among the worst in the world. Along with a heavy handed bureaucracy, excessive regulation and corruption, it is the greatest turn off to potential investors.

If private investment (both domestic and foreign) needs to be revived, these shortcomings in India’s economic environment will have to be urgently addressed.

It is deeply embarrassing for India that while the contemporary development discourse in peer countries is on strategies to avoid the ‘middle income trap’, India is still struggling to make it to the ranks of middle income countries.

Post your comment
#GDP, #Middle income status, #Indian Economy
The views and opinions expressed in this article are those of the authors and do not necessarily reflect the official policy or position of DailyO.in or the India Today Group. The writers are solely responsible for any claims arising out of the contents of this article.