Key corporates in the cement, two-wheeler, home loans and consumer goods space are clocking in healthy double-digit growth. Sectors facing a temporary slowdown are hit by global or seasonal factors only.

The Indian economy advanced 5.8% year-on-year in the fourth quarter of financial year 2018-19, slowing from a 6.6% expansion in the previous quarter. 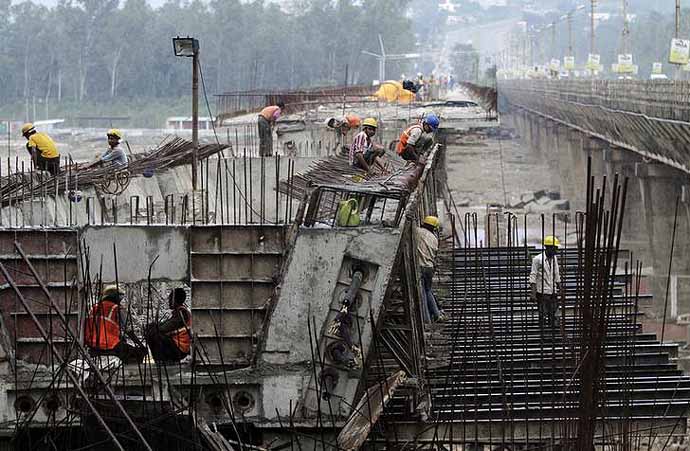 Slowing down? The construction sector has been moving at a puffier pace. (Photo: Reuters)

To cut the long story short, the slowdown in the fourth quarter of 2018-19 was primarily led by a fall in growth rates of trade, transport, hotels, construction, agriculture and manufacturing, whereas sectors that did particularly well on a sequential basis and bucked the trend were government consumption, public administration, defence, finance, real estate and professional services.

Hence, to say that the Indian economy is into a structural downward spiral is absolutely incorrect — because there are enough sectors that are doing far better than they were, a quarter or two back.

Even in the first quarter of 2018-19, when GDP growth came in at 8%, there were sectors that outperformed and those that lagged. Sectors which registered growth of over 7% in the first quarter of 2018-19, included manufacturing, electricity, gas, water supply and utilities, construction, public administration, defence and other services. The growth in agriculture, forestry and fishing, mining and quarrying, trade, hotels, transport and communication, financial, real estate and professional services, however, was far more modest even then, at 5.3%, 0.1%, 6.7%, and 6.5% respectively, during this period. The wheels are turning fine: Several sectors are doing much better than in previous quarters. (Photo: Reuters)

What Narendra Modi naysayers conveniently forget is that this 5.8% has come despite rising global protectionism that, in the last six-nine months, has taken a turn for the worse, falling global trade amidst rising geopolitical tensions over a turbulent Brexit, Venezuelan bankruptcy, increasing tensions between the US and Mexico, US and Iran and, of course, no signs of trade wars between the US and China thawing anytime soon, with Donald Trump blacklisting Huawei and slapping 25% tarrif on $200bn worth of Chinese goods and services.

With the US and UK reaching a tacit agreement to prevent Huawei from developing its 5G network, UK close to stagnation with many growth parameters at their lowest levels since 2012, manufacturing declining at a rapid pace in Germany, that has now reduced its full year GDP forecast to just 0.5% from the earlier 1%, stricter sanctions by US on Iran, escalating tensions in the Middle East and, China and Russia taking on the United Nations over the Sudanese issue, geopolitical mayhem globally will ensure growth is tepid in 2019 and 2020.

Against this tumultuous backdrop, the World Bank sticking to 7.5% GDP forecast for FY 2020 for India, with the Reserve Bank of India (RBI) albeit a tad more conservative at 7, versus the earlier 7.2%, bodes well. Also, after a 25 bps reduction in Repurchase Rate (REPO) to 5.75% by the RBI in its credit policy on June 6, 2019, in all, there has been a 75 bps reduction in the REPO rate between February and June 2019 — and, sooner than later, banks will be nudged into meaningful monetary transmission, if they don’t do it voluntarily.

From calibrated tightening to neutral and now to an accommodative stance showcases that both the government and the RBI are in sync and are determined to address liquidity related issues that some Non Banking Financial Companies (NBFC) are grappling with. System liquidity in early June at a surplus of Rs 66,000 crore, Rupee closing at 69.27 to the Dollar and, 10 year 2029 government bond yield closing at 6.93% on June 6, 2019, the lowest since November 2017, indicate that money markets and currency markets are in fine fettle — and Open Market Operations (OMOs), by the RBI to inject liquidity, with a Rs 15,000 crore OMO auction on June 13, 2019 itself bears that out in no uncertain terms. 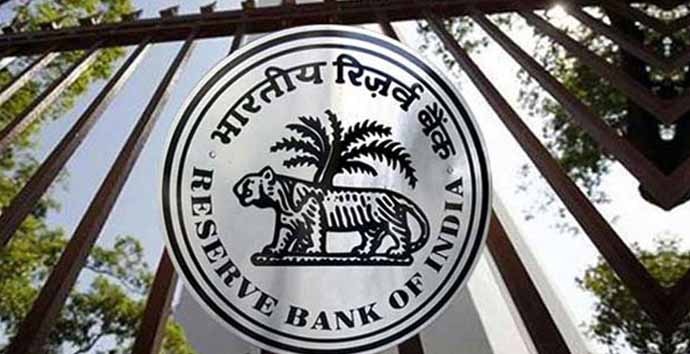 In close tandem: The government and the RBI are in sync, which is good news for the economy. (Photo: PTI)

Speaking of NBFCs, say a DHFL for instance, the downgrade by credit rating agencies and subsequent rout in its stock price is part of a cleansing exercise that should be welcomed. Many NBFCs had massive Asset Liability Mismatch (ALM) — issues which they ignored — despite repeated warnings by regulators and a correction in stock prices long overdue should now chastise them to stop ‘borrowing short and lending long’ — to confuse therefore the IL&FS or DHFL issues as ‘contagion’ is foolhardy. In the case of DHFL, for instance, it is still very much a robust, cash flow generating, solvent company that is temporarily caught in a storm, due to its inability to service short term debt obligations.

Liquidity stress in some pockets, however, cannot and should not be confused with a generic systemic crisis.

The interbank money market continues to remain inherently strong, with the referral bank rate that acts as a crucial signalling point, at a mere 6% and the REPO rate at its lowest level since July 2010.

Again, the extra leeway that the Modi government gets from falling crude prices internationally cannot be ignored.

With US 10-year bond yield slated to eventually touch 1.75% in the medium term and global growth in the next one year slated to likely fall below the already downwardly revised International Monetary Fund (IMF) projected 3%, India would stand tall — even if it manages 7% in 2019-20, as per revised RBI estimates.

To mistake a cyclical slowdown as a structural one, abetted by global, rather than local factors, is missing the woods for the trees. Modinomics in the last five years has laid solid foundations for a 10% growth trajectory going forward and the structural reforms initiated between 2014 and 2019 will eventually start bearing fruit in more ways than one, under Modi 2.0. The best example of this is the fact that for the third month in a row in May 2019, GST collections exceeded Rs 1 lakh crore.

If crude settles at $60/barrel or lower, that could well be the ‘alpha factor’ for the next phase of growth, more so, given the global oil glut, with US crude inventory stockpiles rising to over 483 million barrels recently.

Also, with $455 billion slated to be wiped out from global GDP as per IMF, thanks to trade wars, oil importing economies like India with a captive middle class of roughly 400 million, of which a large part are millennials, should outperform, driven by both domestic consumption and investment spending, which are structurally in a sweet spot, despite the cyclical peaks and troughs.

Again, in an economy as large and diverse as India, simply raising the alarm bell due to a quarterly decline in auto sales is being prematurely pessimistic and wilfully naive.

Passenger vehicle sales in the last few months took a beating, ahead of uncertainty pertaining to the arrival of monsoons and nervousness in some quarters about the election outcome. However, the thumping majority that has given Modi a second term — and will lead to policy continuity — and, of course, the Met department's prediction of a normal monsoon, largely speaking, should augur well for auto sales, going forward. Those fear-mongers talking about the slowing auto sales also do not realise, that BS-VI emission norms that have to be complied with by 2020 and new ‘Axle Load’ norms in the case of commercial vehicles (CVs), apart from higher third party insurance costs, are some of the reasons why auto sales have taken a pause, recently.

These factors are specific in nature and with auto-makers and end users now adjusting to them, a robust revival in auto sales is on the cards. Revving Up: Auto-makers have been witnessing an uptick in sales. (Photo: PTI)

Bajaj Auto and Hero Motocorp for instance, sold over 4 lakh and 6 lakh units respectively in May 2019!

Any economy that is facing a structural slowdown will never ever see its key corporates in the cement, two-wheelers, home loans and consumer goods' space growing in healthy double digits.

The fact that some of India's biggest and best-known corporates are growing in high teens and more debunks any premise of a structural slowdown. Yes, some sections of the economy are facing a cyclical soft-patch — but that is a natural outcome of a high base effect and global headwinds.

Falling bond yields and a stable rupee with relatively superior GDP growth, versus global peers, will ensure that India attracts sticky and long-term Foreign Portfolio Investment (FPI and FDI) flows, which will more than compensate for any consumption or investment led slowdown in a few select, cyclically sensitive pockets of the economy. For instance, in the first week of June 2019 itself, net FPI flows into India stood at Rs 7,095 crore, after clocking Rs 9,031 crore in May, Rs 16,093 crore in April, Rs 4,5981 crore in March and Rs 11,182 crore, in February 2019, in a ringing vindication of PM Modi's reformist approach.

Modinomics is here to stay and its rock-solid foundations are cast in stone — even Modi naysayers will vouch for that!!

#GDP growth, #Narendra Modi, #Modinomics, #Economic Growth
The views and opinions expressed in this article are those of the authors and do not necessarily reflect the official policy or position of DailyO.in or the India Today Group. The writers are solely responsible for any claims arising out of the contents of this article.