Did you come across a social media post by your favourite fashion influencer suddenly talking about investing in cryptocurrencies? Beware; it's most likely a scam, like the one Kim Kardashian is currently in the dock for.

While scrolling through Twitter the other day, I suddenly came across a weird tweet by one of my favourite Hollywood actors, Reese Witherspoon. The Morning Show actor was talking about NFTs, digital avatars and investing in cryptocurrency. How GenZ of her, cool, right?!

Wait, but the actor is definitely not Elon Musk or the likes of him to obsess over a virtual dog coin and the dystopian future of tomorrow. So, why is she suddenly and out of characteristically – definitely – talking about crypto or NFTs?

Is everyone around me, even those older, getting on the GenZ trend and I am NOT!? Now, if Reese Witherspoon is already onboard the coolest thing happening on the Internet right now, then where am I? I need to catch up; doesn’t matter it costs money!

But hold on. Before anyone thinks on these lines; HOLD ON!

Hold On Wait A Minute GIFfrom Hold On GIFs

Just a day later, some celebrities have made headlines for something we should be concerned about. Kim Kardashian, along with American boxer Floyd Mayweather and basketball star Paul Pierce are being sued for an alleged crypto scam.

1. WHAT DOES THE LAWSUIT SAY? 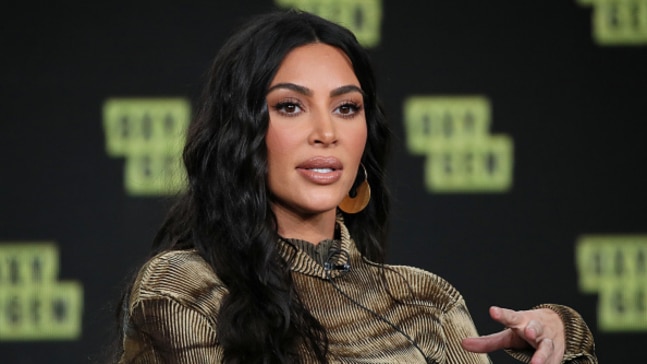 Kim Kardashian and the other celebrities, just like Reese Witherspoon, had posted on social media sites talking about cryptocurrency and specifically marketing a crypto coin called EthereumMax last year. Now, the investors of the crypto coin have claimed that they were running a ‘pump and dump’ scheme.

This scheme made the creators of the cryptocurrency a large sum but left investors with nothing. The complaint was filed with the Central District Court of California.

2. WHAT IS A PUMP AND DUMP SCHEME?

The ‘pump and dump’ scheme has been around since stock markets came into being. It’s illegal in stock trading, but in the crypto world, the rules and laws are not yet firm. The movie Wolf of the Wall Street, based on a real incident, basically talks about how such a scam unfolds.

In crypto circles, the scam is referred to as a ‘rug pull’. It means a rug getting pulled from underneath the feet of the investors.

3. HOW DOES THE SCHEME WORK?

It’s fairly easy to create crypto tokens using an already existing blockchain technology such as Bitcoin and Ethereum. Once the tokens are created, the creators can make all sorts of wild claims about the tokens and their use. They can market the token with the help of social media influencers and celebrities alike.

So, a crypto token without much future developmental plan or backing or value initially can rise in value once promoted by celebs with a massive following. This is called the ‘pump’. Once the price of the tokens rises, the perpetrators of such a scam - the creators – with an obvious massive holding, can sell their tokens to incoming investors at the buoyed price. It can make the creators super rich.

But when massive amounts of tokens are sold off, the price crashes, leaving the investors staring at their losses. This is what happened with EthereumMax, which was promoted by Kim K and others.

4. WHAT HAPPENED WITH EMAX? EthereumMax is an altcoin that was launched in May 2021 with a total supply of 2 quadrillion. It redistributes a small percentage of transactions to its token holders. 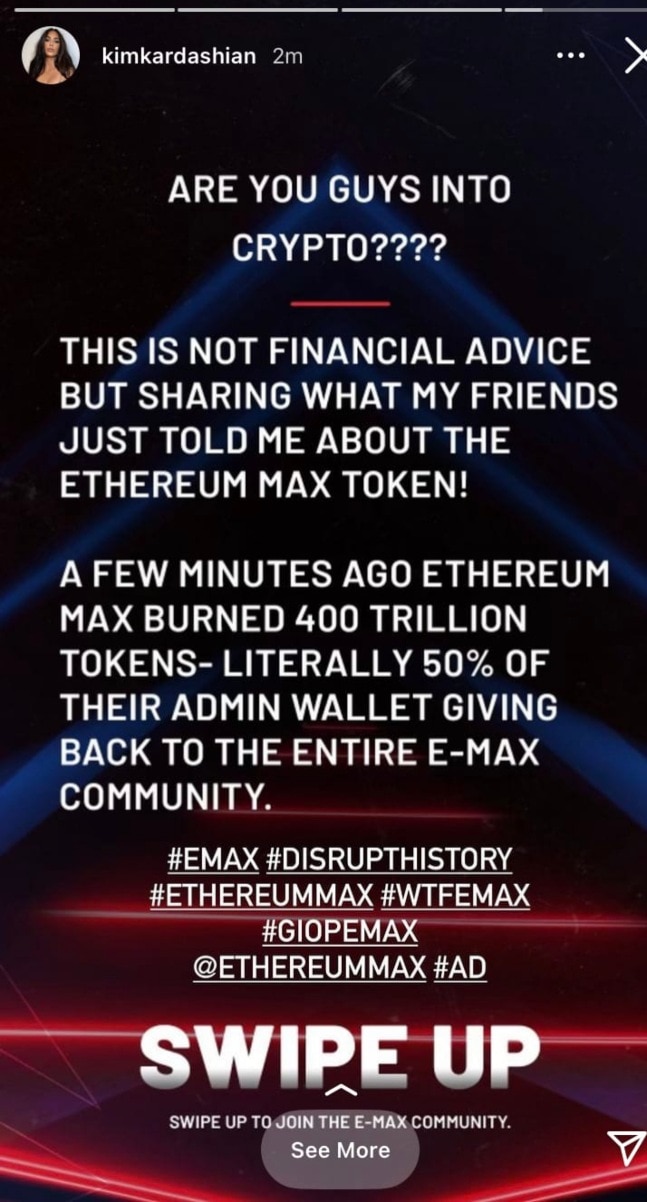 On June 15, the value of EMAX tanked by 98%. The crypto fell from nearly US $10 to just $1 in value. How and why did it happen? The lawsuit says the creators of the cryptocurrency sold their shares and ‘locked’ their wallet addresses immediately after, which wasn’t the case before.

BBC News reported that EthereumMax has denied the allegations and called the claims a 'deceptive narrative'. The celebrities are yet to respond.

Dear celebrities tempted to promote cryptocurrency, NFTs, metaverse — please note the public’s reaction to Matt Damon and Reese Witherspoon. Don’t do that. Be smarter. Be like Keanu. pic.twitter.com/HUVGbQJlY1

When investing in cryptocurrency it is very important to note some red flags.

In the case of EthereumMax, Kim Kardashian’s social media post was in fact singled out by the head of the UK’s Financial Conduct Authority (FCA), Charles Randell, in September 2021. He had said that Kim was promoting ‘a speculative digital token created a month before by unknown developers’.

But guess it was already too late by then.

Indian celebrities from Ranveer Singh to Ayushmann Khuranna have also been called out for endorsing cryptocurrencies without doing any research on them. During the India-Pakistan T20 match in 2021, there was a blizzard of ads for cryptocurrencies which were heavily criticised.

There have been several such crypto scams that made the creators millionaires and left the investors with zilch. So, don't be that person losing money, and avoid such financial advice from celebrities or social media influencers who have nothing to do with the subject.

#Cryptocurrencyscam, #Crypto scam, #Ethereummax, #Kimkardashiancrypto
The views and opinions expressed in this article are those of the authors and do not necessarily reflect the official policy or position of DailyO.in or the India Today Group. The writers are solely responsible for any claims arising out of the contents of this article.