Microfinance or debt trap? Here's what the poor don't know

It is built on the false belief that credit is the most vital need of the marginalised.

Microfinance continues to thrive despite being under fire from legions of critics. One plausible reason for the lingering faith in the power of microfinance is that it provides a convenient strategy for investors to demonstrate that they are active fighters against poverty and are trying to save the poor while making a substantial amount of money from them.

Microfinance is built on the false belief that credit is the most vital need of the marginalised. Indeed, one of those who have thoroughly studied the phenomenon, Thomas Dichter, says the idea that microfinance allows its recipients to graduate from poverty to entrepreneurship is inflated.

He sketches out the dynamics of microcredit: “It emerges that the clients with the most experience started using their own resources, and though they have not progressed very far - they cannot because the market is just too limited - they have enough turnover to keep buying and selling, and probably would have with or without the microcredit. For them the loans are often diverted to consumption since they can use the relatively large lump sum of the loan, a luxury they do not come by in their daily turnover.”

He concludes: “Definitely, microfinance has not done what the majority of microfinance enthusiasts claim it can do - function as capital aimed at increasing the returns to a business activity.”

Microfinance has come under increasing scrutiny in recent months. Stories of astronomical interest rates driving the poor deeper into poverty, compounded by tales of malicious moneylenders intimidating borrowers to the point of suicide, have recently come to light in the international press, exposing fundamental flaws in the design of institutional for-profit microfinance.

Not only are borrowers often innumerate, illiterate and unfamiliar with interest rate calculations, but they frequently have little or no awareness of local demand for goods and services. Consequently, they often fail to establish successful income-generating ventures and therefore cannot repay their loans.

Despite the current criticism, for many years the enthusiasm for microfinance left little space for nuance. One lesson is clear: when you set the bar so high: there is a long and likely fall from grace.

Microfinance - including microcredit - is often considered to be an instrument that promotes empowerment. While it can stabilise livelihoods, broaden choices, provide start-up funds for productive investment, help poor people to smooth consumption flows and send children to school, it can also lead to indebtedness and increased exclusion unless programmes are well designed. 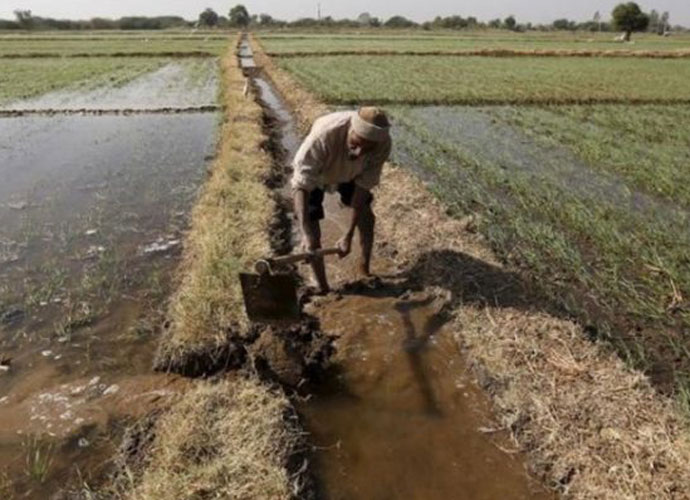 Microfinance - including microcredit - is often considered to be an instrument that promotes empowerment. (Photo: Reuters)

In the world of microfinance, women borrowers are viewed as autonomous individuals who make independent choices in the marketplace. But this is not the reality. Rural women live in extended family structures. These women’s identities are relational, shaped by factors such as marital kinship, ethnic, and tribal allegiances .They negotiate complex kinship and social obligations.

It’s not surprising to learn, therefore, that in most cases men control the loans that women receive. The men may simply use the money for their own purposes; in addition to male control, other problems affect a woman’s ability to repay a loan. In case of default they suffer humiliation and public shame which heightens tension both at home and in the community.

Such humiliation of women in a public place gives males in the household and in the lineage a bad reputation. In an extreme case, peers may take the defaulter to the police station. For a man, if he is locked inside the police stations for several days, it would mean almost nothing to other people in the village. But if this happens to a woman then it will bring shame to her household, lineage and village.

The biggest problem is that people who get these small loans usually start or expand a very simple business. The most common business for microfinance is simple retail - selling groceries - where there are often too many people, fierce competition, and where they don’t really earn enough money to get out of poverty.

We need to create more jobs, and microfinance does not help to do that yet. The debt trap is an under-reported problem. Quite a few people invest money, their business does not make money and goes under, and they are stuck with the debt. The interest rate on this debt, even with a microfinance loan, is quite high, so some are never able to repay it.

Another reason why they get into a debt trap is that, in theory, you should take a microloan to invest in the business. But in practice a lot of people use microloans for a wedding, festival, or to buy something. A lot of these people don’t know how to use debt.

What the microfinance industry needs to do is to rejig the agenda. They should take cue from affordable housing finance companies which are using microfinance principles to enable those from low-income households to realise their dream of a rural habitat.

The Swarna Pragati Housing model, which has now won international acclaim, is turning out to be a game-changer in rural housing. And the great thing about it is that it uses microfinance to power this revolution.

For a financial institution, assessing credit history in rural communities can be challenging as many households do not have a bank account or documentation to support their income. To overcome this, the model uses the candidate’s participation and repayment history within a Self-Help Group as an extension of their credit history, leveraging the Grameen Bank model of microfinance.

One of the biggest obstacles to credit is that many rural householders may not possess the proper documentation needed to substantiate ownership over land and/or property. The model is using another empowering grassroots institution in the Indian governance grid - the local panchayat - to establish ownership through public validation.

It is in a way enabling gram panchayats to become more autonomous units in financial and social democracy. Perhaps Swarna Pragati is one of the justifications which should make the architects of Panchayati Raj feel proud.

For microfinance to achieve real transformation, it needs visionaries like Ramesh Kumar who has shown what microfinance can do if its potential is creatively unleashed to address some of the toughest challenges  - housing is certainly the topmost of them.

It may appear that the naysayers are ready to sound the bugle and shout out “the king is dead, long live the king”, but microfinance can once more redefine itself and in its new avatar be a leaner, more modest business with a social conscience and a mission-oriented goal, yet continue to be profitable. Only time will tell.

Also read: Demonetisation has hit microfinance hard (and no one's talking about it)

Post your comment
#Panchayati Raj, #Rural India, #Microfinance
The views and opinions expressed in this article are those of the authors and do not necessarily reflect the official policy or position of DailyO.in or the India Today Group. The writers are solely responsible for any claims arising out of the contents of this article.