If Modi means what he says, he needs Raghuram Rajan to stay

Economic empowerment cannot be realised under circumstances of structural weakness or volatility.

PM Narendra Modi's recent address to a joint session of the US Congress succeeded on multiple counts. His message was crisp and clear, it hit a whole host of major touchpoints and he effectively modulated between generalities and specifics that must be tackled if the bilateral relationship is to deepen and progress.

Modi's speechwriters were adept at crafting metaphors for his audience. There were apposite references - from Lincoln and Martin Luther King, to Whitman and Thoreau - coupled with turns of phrase that prompt US legislators to applaud.

Most significant was the delivery; Modi knows how to give a speech. His inflections, dramatic pauses, gestural wit and humour won over the audience. At certain moments you even felt a frisson and remembered lacklustre speeches of his predecessor who could have used better training in public speaking.

Media parsing the speech have hailed it as an inflection point for US-India relations, overcoming "hesitations of history" to which Modi himself alluded.

For the PM, the common historical sinews of democracy, constitutionalism, liberty and equality (glossing over philosophical tensions that attend these terms), are the basis for ties that bind.

Common values equate with a common cooperative destiny: into a fresh partnership, let my country awake.

A line halfway through the speech evoked another memory. "India is undergoing profound social and economic change," the PM declared.

On the matter of the Indian economy, Raghuram Rajan's appointment in 2013 as the 23rd governor of the RBI was a sure-footed move during a period of early missteps.

In the current new normal era of the central banker, Rajan stands out as a beacon of intellectual rectitude and street savvy.

Rajan's tenure demonstrates an astute even-handedness. His refusal to stride in lockstep with the profligate credit policies of the Fed, ECB, Bank of Japan, Bank of England and the People's Bank of China must be hailed as a triumph of good sense over groupthink. 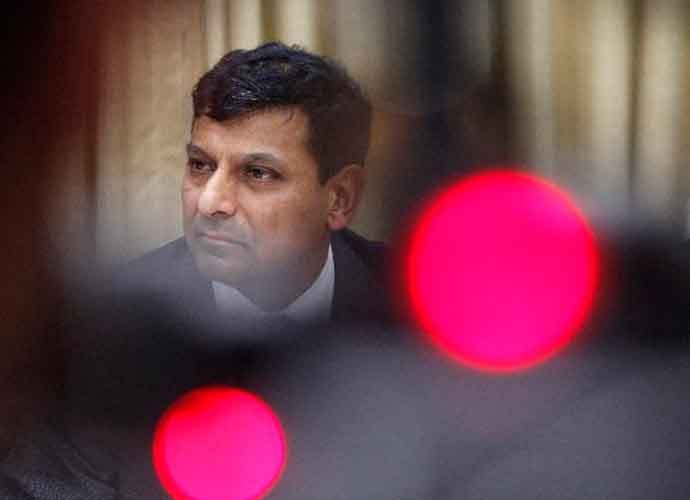 Going against the tide is nothing new for Rajan.

Former US treasury secretary Larry Summers called Rajan a Luddite when he correctly warned against excesses in the system, a put-down he should wear as a badge of honour.

Rajan's attunement to excesses in the global economy, to structural imbalances and mismatches, perverse incentives, unintended consequences and the boom bust cycles that characterise contemporary economic life, sets him apart.

His peers, swaddled in econometric models and delusionary obfuscations, stoking what the economist Hyman Minsky has termed Ponzi finance.

And then, in an irony worthy of a hip-hop musical, Greenspan joined the hedge fund Paulson & Co as an advisor in 2008, the firm that profited most from shorting the subprime bubble Greenspan helped create.

Now Rajan finds himself the brunt of gratuitous attacks. Rather than being celebrated as a central banker with saviour-faire, he's under assault for everything from his cautiousness about lowering interest rates to his alleged politicising of the office.

It's time to explode the fiction of so-called Central Bank independence - that bankers stand apart from politics or that they not actors within the political system. The relationship between a politically-appointed central banker and his or her politician patrons is one of elasticity and complementarity.

The widely-read Grant's Interest Rate Observer has termed the Indian economy "one of mankind's forever-latent growth stories". Now India is being celebrated as the next China, a holdout hope as other BRICS implode.

What Rajan correctly understands is that no single metric, like GDP, is dispositive for an economy.

A healthy economy needs to be structurally sound and its steady growth sustainable. On this significant insight alone, Rajan deserves to stay.

Economic empowerment, a key element of Modi's vision of a stable and prospering India, cannot be realised under circumstances of structural weakness or volatility. Modi, tongue-in-cheek, told the US Congress that it is known for working harmoniously.

We know this to be far from true. But there have been historic moments when congressional incivility has been called out.

In 1954, Joseph Welch, chief council for the US army in the army - McCarthy hearings told the ignoble senator McCarthy, "You've done enough. Have you no sense of decency, Sir, at long last? Have you left no sense of decency?" Buried in the PM's speech was also a call for "respect for Global Commons".

In a financialised world where economic policy and capital markets affect the lives of every citizen in increasingly immediate ways, the abstract domains of finance and economics need proper, level-headed stewardship. This too is a form of commons. And the stakes of mismanaging them are inordinately high.

Post your comment
#RBI, #Raghuram Rajan, #Modi in US, #Indian Economy
The views and opinions expressed in this article are those of the authors and do not necessarily reflect the official policy or position of DailyO.in or the India Today Group. The writers are solely responsible for any claims arising out of the contents of this article.

The writer divides his time between New York and Gurgaon.