In November 2016, when Moody’s Investors Service reaffirmed India’s credit rating to Baa3 - the lowest investment grade rating - on the back of high-debt burden, there was a certain group in the incumbent system that junked the rating agency's methodology since it was convinced that India deserved an upgrade.

One year hence, as Moody’s upgraded India’s sovereign ratings by one notch, keeping its methodology intact, this very group is in complete agreement with the outcome. Clearly, this group was desperate for endorsement from Moody's, and had little concern over the means.

So, what caused Moody’s change of heart?

The Rating Rational released by Moody's is based heavily on the reforms undertaken by the Modi sarkar. It believes these reforms will impact the sovereign in the following four ways:

One, the ability of reforms to translate into sustainable growth. Past three years of the NDA government has witnessed implementation of polices at an accelerated pace. It is true that majority of these policies were conceived by the UPA. 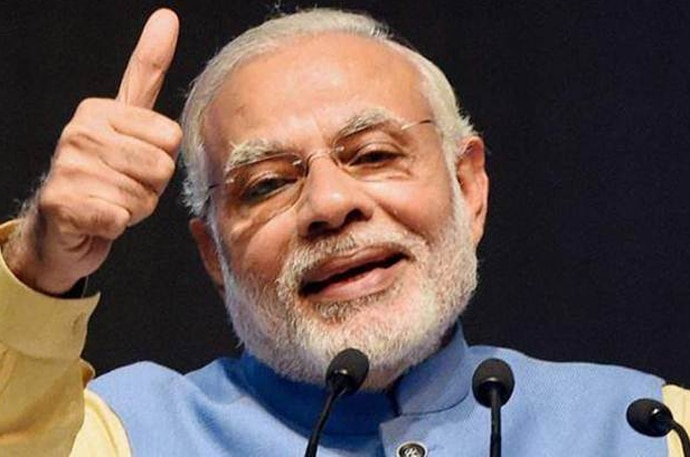 By ensuring these policies move from paper to people, the Modi government has earned the reputation of a “doer”. There is no denying that implementation of these policies is replete with instances of oversight. Three key reforms mentioned by Moody's - Aadhaar, demonetisation, and GST - which affected every single citizen are far from perfect.

However, the fact that this government has been able to establish political consensus in case of GST, and displayed political gumption to announce demonetisation is a welcome diversion from the malaise of unfulfilled promises.

The agency has mentioned that it is willing to discount the short-term economic disruption caused by these reforms. One disagrees with this leeway, since the rating does not take into account permanent mortality of businesses and loss of lives during demonetisation.

Two, reforms will ensure stability of government debt. The NDA government has been facing sharp criticism for its economic management, especially after the nation conceded to sluggish growth rate of 5.7 per cent in Q1 of 2017.

Currently, India is witnessing tepid private credit growth. Year-on-year growth in credit uptake has stayed below 5 per cent in September, 2017, reflecting the sombre sentiment within the domestic investor community and India Inc.

In fact, revival of the Prime Minister’s Economic Advisory Council (PMEAC), an independent body, which was disbanded by this very government in 2014, reveals that the current government does acknowledge that all is not well.

The agency expects reforms to result in robust domestic demand by 2019. It is obvious that the reforms will eventually have a positive bearing on the tax base; whether this increase will be large enough to provide room for public expenditure, amplify private investment and stabilise debt, remains to be seen.

Three, reforms will strengthen India’s institutional framework. Institutions in India inherited colonial ways and continued to operate under the hangover for seven decades. Irrespective of the political party at the Centre, the political leadership has been reluctant to make institutional changes. It is refreshing to see PM Modi announcing systematic changes, which are strategically allied to the very fabric of India, and not borrowed from another economy. Bills like Financial Resolution and Deposit Insurance (FRDI) along with Fiscal Responsibility and Budget Management (FRBM) Act, Benami Transactions (Prohibition) Act, 1988, Real Estate (Regulation and Development) Act, 2016 (RERA) have been long overdue for an economy of this size and texture.

In absence of any documented evidence on the compromise of independence of the Reserve Bank of India (RBI) during demonetisation, these rumours are nothing more than conjectures. While the Modi government has faced scathing attack from both, domestic and international media for systematically undermining the role of public institutions, critics should surrender as there is a difference between emergency and organisational restructuring.

Four, announcement of a roadmap to recapitalise public sector banks laden with poor quality assets is expected to be the panacea for the economy. It was the only way forward to revive public sector banks, and well-meaning leadership across political and ideological boundaries has acknowledged the move. As per the agency, any further deterioration of asset quality is a potential cause for rating downgrade.

As per the Moody’s rating note, government debt stood at 68 per cent of GDP in 2016. It expects the debt to GDP ratio to increase by one per cent on account of demonetisation and implementation and GST in the current fiscal year.

Moreover, the agency expects bank recapitalisation to increase the government debt by another 0.8 per cent over two years. However, it does not quantify the expected reduction in debt on account of implementation of reforms.

While there is no doubt that this is a testimonial for the NDA government, the note released by Moody's is unusually optimistic for an agency that refused to look beyond debt to GDP ratio for close to two decades.

It is heartening to note that the analyst has been able to quantify the potential impact of reforms, including those that are still in design phase. I sincerely hope, those who cried foul on the methodology followed by Moody’s, now see merit in the agency.

Post your comment
#Economy, #Modi, #India, #Moody's ratings
The views and opinions expressed in this article are those of the authors and do not necessarily reflect the official policy or position of DailyO.in or the India Today Group. The writers are solely responsible for any claims arising out of the contents of this article.