Former US President Bill Clinton will be remembered for more than his salacious affair with an intern, Monica Lewinsky; his most memorable quote being: “It’s the economy, stupid!”

With that one pugilistic blow, Clinton compressed all-future elections into a single defining truism; beyond the hyper-nationalism, patriotic frenzy, communal politics, immigration hysteria, belligerent war cry’s et al that typically overwhelms campaigns in most democracies, it is the state of economic affairs of a nation that ultimately tilts the balance.

As India heads towards a bitter acrimonious battle for Lok Sabha in 2019 between the principal contestants, the Bharatiya Janata Party (BJP) and the Indian National Congress party (INC) — alongside powerful regional satraps being in one or the other coalition — one can expect substantial fireworks. So where does Modi stand on the achievement index of economic performance over the last five years?

Frankly, it is an unremarkable period, and the report card is far from flattering. Where does Modi stand on the achievement index of economic performance over the last five years? )Photo: Indiatoday.in)

Modi inherited an economy experiencing the green-shoots of recovery after two years of comparative languidness; the Great Recession that bludgeoned the world economy in 2008 post- Lehman Brothers meltdown had ramifications in the Eurozone, with Ireland, Greece, Italy, Spain, Portugal reeling perilously close to the abyss.

Yet, the much-maligned UPA 2 had made a commendable comeback averaging a GDP growth rate of 7.4 per cent (Modi is still below this as his term ends), with the BJP inheriting a rising curve of GDP at 6.4 per cent.

But politics is less about substance and data, and more about hyperbole and platitudes in the age of cable television and social media echo-chambers. Modi made political capital out of badgering the UPA, playing to the galleries with his flamboyant salesmanship and theatrical exaggerations. With the media lapping up his trite sarcasm, no one cared to do a reality check. Modi did not bother; he wanted to win the election, become prime minister at any cost.

Truth, facts, reality, data, problems, challenges, genuine issues were meaningless codswallop for him once he accomplished his raging personal ambition — everything else could and would wait. That’s exactly what has since transpired; his manufactured fantasy of #AccheDin is in cold storage, unceremoniously sundered from his speeches.

He has cleverly shifted the goalpost to 2022, reflecting his deeper pathological hubris, as if he expects another landslide win in 2019 as a given for his yet unfinished (disastrous) agenda. It reveals a crafty mind that manipulates public perception using milestones, symbolism, imagery and hope. Modi is in perpetual election mode; not surprisingly his government must rank as probably the worst ever in governance standards — demonetisation, GST implementation, NPA recoveries, Aadhaar execution for sure reflect a pastiche of wretched administrative bloopers. It is like a laughable pantomime. The economy appears the same; a lame joke.

Modi frittered away an oil bonanza, which he haughtily enough once described as his “naseeb” (destiny), perhaps revealing a sliver of his megalomaniacal self in the process. As petrol/diesel prices climb to the penthouse, BJP spokespersons make a feckless attempt to blame it on worldwide developments. They cut a sorry figure in defence of their honourable boss. 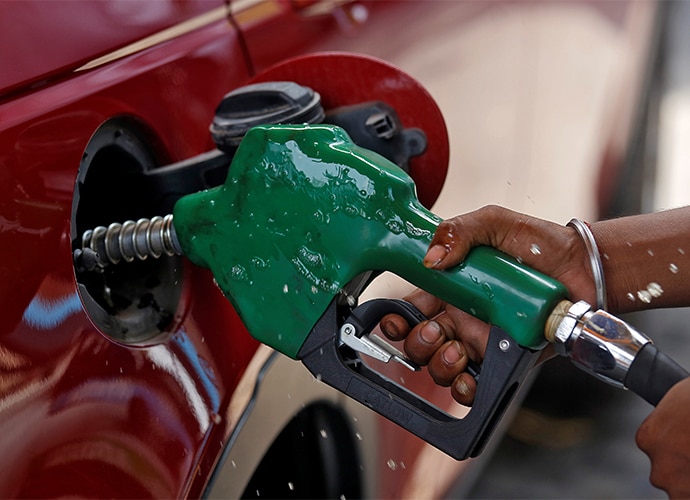 TV channels have repeatedly played in a loop Modi’s absurd hypothesis that the sturdiness of the Indian rupee in the FX market is directly proportional to its nationalistic zeal and patriotic ambitions. It is irrational economics at the best of times, at worse, it is sublime stupidity. By that logic, the rupee is currently suffering from muscular dystrophy.

But this baloney is what Modi has sold all along; Rs 15 lakh black-money refund in 100 days for all, two crore jobs per year for the youth, Minimum Support Prices (MSP) above 50 per cent of cost of production for farmers, a corruption-free government (money-laundering in demonetisation and the humongous Rafale scam are two among many that have punctured the bravado) etc.

Job crisis is got progressively worse: exports, gross fixed capital formation, credit off take and factory output have all either plateaued or dissipated. Modi will be lucky to get a “D-” in managing the economy. India is an example of missed opportunities; a full-blown self-inflicted catastrophe.

After nearly five years, Modi gloats on India being the fastest growing economy at 7.2 per cent GDP growth rate since 2014, when relatively the UPA grew extraordinarily at 8.2 per cent average GDP growth between 2004-14, a period that saw the Great Recession and astronomical oil prices. Concomitantly, in the decade since 2005-06, India lifted a miraculous 271 million out of poverty (principally UPA years and it’s lingering aftermath) thus establishing irrevocably that “inclusive growth”, the Congress model, is the most suitable option for India. Modi will be lucky to get a “D-” in managing the economy. (Photo: Reuters)

Foreign portfolio investors have withdrawn over USD 7.1 billion in Q1 of 2018-19. 52 per cent of our FX reserves are short-term foreign currency debt maturing this fiscal year which makes India fairly vulnerable. With the US Federal Reserve likely to raise rates to counterbalance the yawning fiscal deficit thanks to Trumponomics, we should expect a further reversal of capital flows as US bond yields rise.

And yet you have some myopic geniuses in the Modi government who keep insisting that the rupee should get further devalued. Clearly, we have a problem of both talent and vision in this government. Politics is a destabilising country-risk for India given the ineffectual handling of the Indian economy since May 2014.

So, where to from here?

Modi is likely to adhere to the BJP playbook of selling nationalism (at core, tribalism) to conceal the depressing hard economic numbers. Communal incalescence will be periodically raised to polarise communities, and obfuscate the serious issues. Surgical strikes will be repeated ad nauseam. Expect the predictable.

But it is unlikely that India will be fooled by those who will sell us identity politics. Or those who play the majoritarian victim card to mislead us all over again. Because all that matters, are the economy and the quality of life. And India knows that.