This announcement comes at a time when the government's fiscal position remains clogged.

However, until recently, policymakers were in denial mode, ignoring the ominous signs of the slowdown.

The nature and details of how this private-public working framework shall function as part of the National Infrastructure Pipeline (NIP) were not disclosed. A task force will spearhead consultations with various sectors over the next four to five months in a hope to actualise these projects at the earliest.

This sounds highly ambitious given how most difficulties in infra-based investments have been connected with other issues or extra-market factors involving delays in land acquisition processes, enforcement of contracts and delay in court-case resolutions. 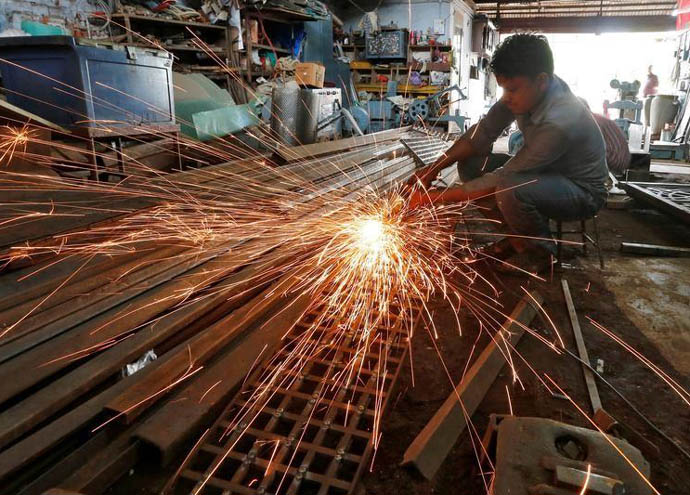 The 'big infrastructure push' by the government may be welcomed in-principle for trying to signal a pro-growth linking government expenditure in form of infra-linked investments. Based on the FM's press conference, the NIP focuses on sectors like traditional and renewable power, railways, roads, urban development, irrigation, education, health, etc. This must also be viewed with another announcement that the FM made as part of a 'last mile' sectoral package (Rs 20,000 crore) for the real estate sector and targeting the affordable housing segment.

A key question here is: Will another package work and pass the test on fiscal transparency? The timing definitely needs to be questioned as this announcement comes ahead of the Union Budget (which is a few weeks away from now), signaling another desperate supply-side attempt from a government that continues to go for big-ticket sectoral announcements without a clarity on financial details.

Spending based on a clear, coherent statement of public finances would be more welcome. The fiscal math too isn't very clear at the moment, as this announcement comes at a time when the government's fiscal position remains clogged in a high deficit, revenuestrapped scenario, combined with a liquidity-crunched financial environment.

Most key real estate private sector players and banks are struggling to unpack high volumes of existing debt and to address other needs stemming from a highly regulated environment (courts clogged with cases of property disputes, insolvency concerns and contract-enforcement violations). So, it is difficult to foresee how much support the government will receive from other agents of the economy.

Infrastructure projects take years, sometimes decades, to be actualised. This is precisely why many major banks, even in case of credible borrowers, remain cautious with long-term supply of loans. If not managed well, a privatepublic working model may accentuate some of these worries, exacerbate debtridden projects and crowd-out investments from private players.

It is worth pointing how the overall investment in the sector has remained around Rs 51 trillion over the past six years. So, reinforcing an earlier point, there are clearly other factors ('extra-market' reasons) that have not allowed the private (and public) sector to go big on infrastructure. Having said that, some of the key private market players to keep an eye on would be Larsen & Toubro, Power Grid Corporation of India and UltraTech Cement among others.

Another key issue is how state governments view this announcement by the Centre. Big-bang measures have rarely worked in context of India's economic policy environment, unless and until other actors (especially state governments) are seen to be on board.

The formula of project finance sharing between the Centre and the states comes at a time when the latter's fiscal capacity faces a crunch (more than 20 states already have a debt-GSDP ratio of above 25 per cent) to even meet already committed state expenditure.

Further, judging from the last few months, a crisis of mistrust that has already eroded the federal contract in the Centre-State relationship may further create more trouble for the longterm implementation of such a large investment plan.

The Centre would benefit by allowing greater functional and discretionary autonomy to spearhead initiatives and undertake context-specific incentives for crowding in private investment, especially in states like U.P. and Bihar where issues around land acquisition and contract enforcement has been troublesome.

Still, with a resolve to get its fiscal math right, balance other 'extra-market' factors (with micro reforms), and getting cooperation from other economic agents (especially the private sector and state governments), the Centre may get the proposed plan to work to some degree of success.