What does one do when one knows the country is headed towards the biggest financial event in recent history? Find out in the portion featured

The dynamic Kesavan has to just make sure he doesn't rock the boat. But little does he know that the country is headed towards an iceberg — perhaps the biggest financial crisis in Indian history. 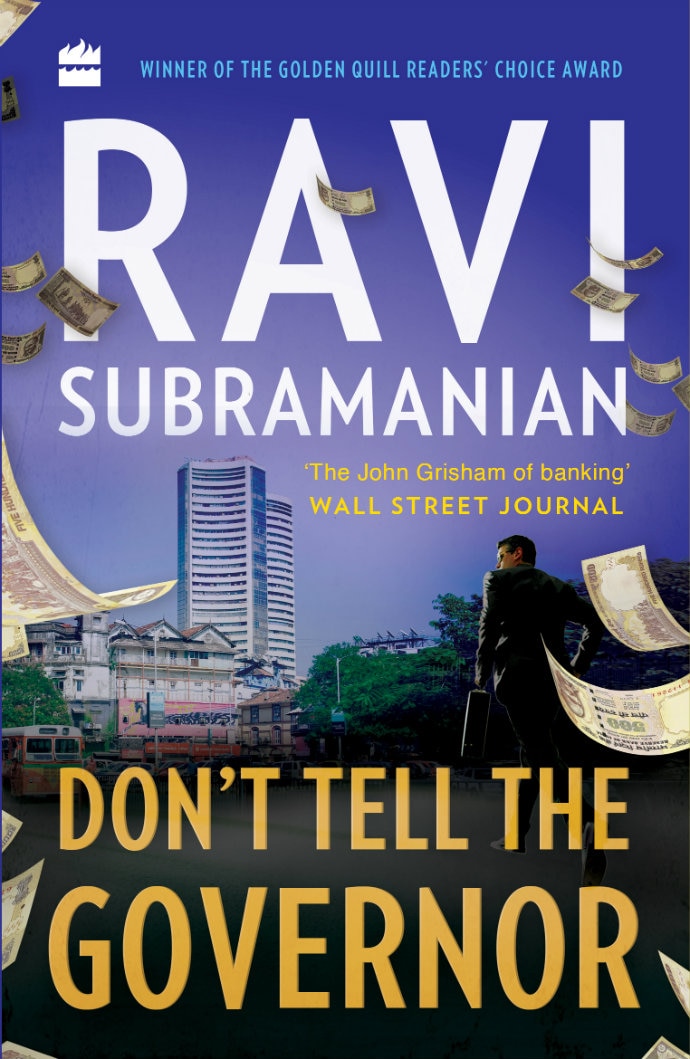 The Finance Minister was already in the room when Aditya entered. Pande was flanked by Ranjeet Kumar, the BBB chief and a few others. The members of the monetary policy committee were also in the room, though Aditya didn’t know what their role was in this meeting. He himself was accompanied by two Deputy Governors. After the initial courtesies, the meeting began.

Ranjeet Kumar circulated a note — both for replenishment of the base eroded by NPAs and fresh ones for giving loans. ‘The press has already caught on and is talking about the crisis,’ Ranjeet murmured when he saw Aditya read through the clippings. Aditya reached the last page of the note and stopped. The figure there hit him hard. Even though he had known it, it was still hard to digest.

Ranjeet Kumar stood up and walked to the head of the table. He stood next to the Finance Minister.

‘As per estimates provided by the Reserve Bank of India, the NPAs have been massively understated. The current declared NPA numbers of around 8 per cent are far from the truth. As per estimates provided by Mr Aditya Kesavan, the NPA is at around 22 per cent. In rupee terms, that translates to eight hundred and fifty thousand crores. Even if the banks do recover the dues from these loans, it is safe to assume that a small per cent of these will surely turn into losses, thereby eroding the entire capital in the public sector banks. Not only will the banks start making losses, but their net worth will also turn negative. This scenario leaves us with no choice. We have to infuse more capital in the banks. And, as per our estimate, to get the banks to become robust again, we need to infuse two hundred thousand crores into the banking system with an incremental two trillion rupees as capital. 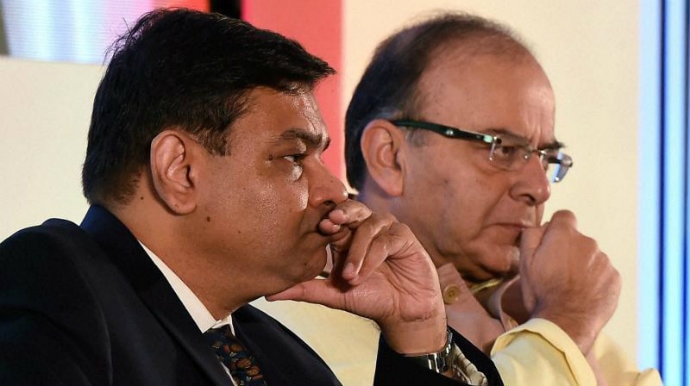 There was pin-drop silence in the room. The figures had stunned everyone.

Kumar carried on speaking. ‘This is not the first time that the banks will be recapitalised. From 2001 to 2016, various governments have recapitalised banks to the tune of `120,000 crores. But this one is different. Both in terms of size and intent,’ Kumar said.

‘And where is the money going to come from?’ Aditya interrupted.

Aditya bristled at being chided in public and Ranjeet Kumar switched on the projector. ‘That is exactly what we are doing right now, Mr Kesavan,’ Kumar responded, his voice coldly polite. He had the FM’s support.

‘You will see why we are doing what we are doing, Aditya,’ Siddharth Pande chipped in. That made Aditya even angrier. Clearly, the FM and the Secretary were in cahoots. He had been kept out of the discussion.

But when the Finance Minister says something, there is little you can do.

‘So,’ Ranjeet Kumar continued. He clicked on his slide mover and brought up the next slide. ‘This slide details what we will do.’

‘We will make budgetary provisions to the tune of 13,000 crores this year and another 13,000 crores next year.’ He continued explaining what was on the slide. ‘A hundred and fifty-three thousand crores of bank recap bonds will be issued. Seventy-five thousand crores this year and the balance next year. The Prime Minister has agreed to this,’ Kumar said.

Ranjeet Kumar put a slide on screen and continued, ‘We will sell the government’s stake in PSU banks and raise another Rs21,000 crore – Rs9,000 crore this year and Rs12,000 crore next year. A bank recap of this magnitude has to be first agreed upon internally and also needs nods from the Cabinet and Parliament.’

Aditya was stunned. All this had been laid out without consulting him.

Though it was not mandatory for him to sign off on the way the government was going to fund the recapitalisation, it was the lack of basic courtesy which riled him. The RBI was the key stakeholder in ensuring the health of the banking system in India. He spoke up, unable to stay silent any longer.

‘You cannot announce this recap plan without reforming the working and lending practices of the banks. They have to change the way they do business. Unless we improve their functioning with better performance monitoring, risk management practices and lending reforms, this will just be throwing in good money after the bad. You will infuse two hundred thousand crores today, but the banks will not change the way they work, and they’ll keep lending money in the same manner that they have done till now. We will find ourselves discussing further recapitalisation to take care of poor lending practices two years from now.'

‘That is any way WIP, Aditya,’ Pande interrupted him. ‘The HRD Ministry is working at training bank employees on technology, credit and process controls.’ 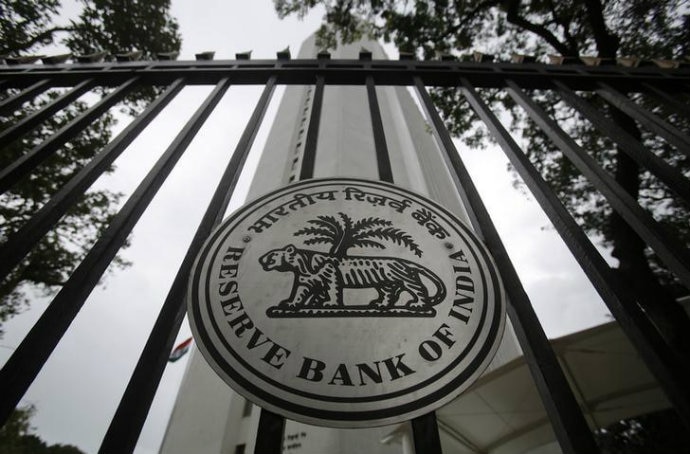 "We are the ones responsible for the business of banking in this country." (Source: PTI)

‘This is not a job for the HRD, Hon. Minister. It is something we, the RBI, have to do, as the regulator, as the ones responsible for the business of banking in this country, along with the BBB.’

‘I do not see that as an issue, Mr Kesavan.’

The BBB chief now stepped into the conversation. ‘You must be aware of what we are doing to increase public accountability of PSBs. In any case, this is something we can talk about later.’

Ranjeet Kumar was getting impatient and interrupted the conversation.

‘If all of us are broadly in agreement with the terms being laid out, we will get cracking on the nitty-gritty. We need to present this in the upcoming session of Parliament. Ideally, this should have been a part of the budget, but since the next budget is some time away, let’s aim to get it into the winter session.’

Suddenly Aditya remembered something. ‘Wait. You haven’t explained point D. All it had said was “the RBI”. What did that mean?’

‘Ah yes, that,’ Ranjeet said nonchalantly. ‘That concerns the budgetary allocation of Rs13,000 crore in year one and a similar amount in year two. Slide 1,’ he reminded Aditya, a smirk on his face. ‘But what’s the connection to the RBI?’ Ranjeet looked at the FM who just nodded, indicating that Ranjeet was to continue.

‘Mr Governor,’ Ranjeet began cynically. ‘That amount is the additional dividend that the RBI will pay the government this year and the next, to make up for the shortfall that will arise out of the budgetary allocation. You see, the allocation has to come from somewhere. That’s where the RBI will pay the government an enhanced dividend and bring in the revenue to compensate that spend.’

Aditya was shocked beyond words. ‘Are you serious?’

‘Well, I checked with the Finance Minister,’ Ranjeet said, gesturing towards the minister, who sat like a silent spectator to this almost public spat.

‘The dividend that the RBI pays the government is in the remit of the RBI, not that of the finance ministry or your department. You are the last person I expect this sort of faux pas from,’ Aditya countered, his voice growing louder with each word.

‘It is not a faux pas, Aditya. And it was discussed with me,’ Pande interjected curtly. ‘I agreed to it. In fact, when the budgetary allocation was brought up and ways and means to plug the shortfall were discussed, it was me who recommended to Ranjeet that we increase the dividend the RBI pays the government. If you wish to discuss this with me separately, I am happy to do so.’

He picked up his folder from the table and got up from the chair. "This is not about the RBI or about you. It is about the nation." (Source: IndiaToday.com)

‘But before you do any of that, let me tell you that the PM has bought in on this plan and any change to this has to be discussed with and agreed to by him. This is not about the RBI or about you. It is about the nation.’

That was clearly the end of the discussion. The PM would not entertain any objections to this plan. Aditya knew that. The FM stepped out of the room. And one by one everyone else followed suit. Aditya couldn’t help but notice the spring in Ranjeet Kumar’s step. Finally, Aditya was alone in the conference room. And clearly, he was alone in the RBI; alone in his decision making. Or did he even have any decision-making powers anymore? He had left a serious role in academia to be a part of this circus. And that’s exactly what it was, wasn’t it? A circus? All of them with their official, important-sounding designations were really just clowns dancing to someone else’s tunes.

He wanted a break. Desperately. Already. He got up and looked at his phone. There was a message from Pallavi. ‘11th floor. Suite No 3. We are nocturnal creatures. Come over once your work is done. We will be happy to see you.’ The message had come an hour back, midway through his meeting.

On an impulse, he decided to take up her offer. It would be a good way to clear his mind, he thought. Slowly, he walked into a waiting lift and pressed the button to the eleventh floor. Within minutes, he was outside Suite No. 3. He stood in front of the door, straightened his tie, tucked in his shirt properly and reached out to ring the bell.

(Excerpted with the permission of HarperCollins Publishers India Ltd)

Post your comment
#Ravi subramanian, #Reserve Bank of India, #Demonetisation, #Don't tell the governor
The views and opinions expressed in this article are those of the authors and do not necessarily reflect the official policy or position of DailyO.in or the India Today Group. The writers are solely responsible for any claims arising out of the contents of this article.