The repo rate cut by RBI is unlikely to benefit the economy but for possibly keeping the government’s fiscal deficit a bit lower. It would also benefit the government as it would reduce its burden on home loan subsidies marginally.

The repo rate cut to six percent by 25 points at a time when householders and small depositors are gasping does not seem like a benign act.

It is set to affect retired persons, women and others at almost all levels of the society. The banks have been quick to reduce deposit interest rates though they prefer not to pass the benefit to lenders.

What is a repo rate? To the uninitiated, borrowers take loans from banks and financial organisations, who provide these loans after charging a certain amount of interest. Therefore, the rate at which the borrower takes the loan is known as the cost of credit. Banks borrow money from the RBI by selling their surplus government securities. The rate at which they sell these securities to the RBI is known as the repo rate or the repurchase rate.

Presently, the RBI monetary policy does not believe that the cost of credit has increased. 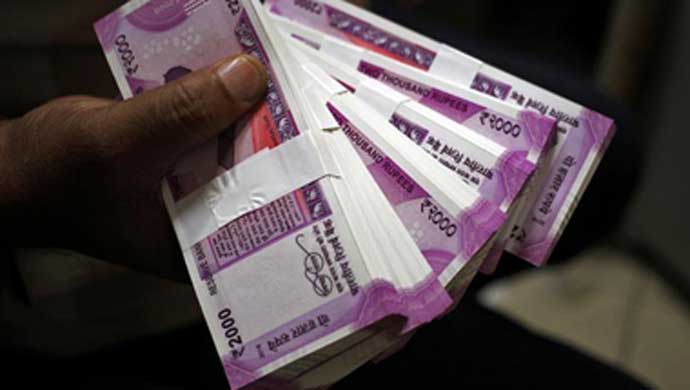 The banks are being run on the deposits by ordinary citizens who are losing on all fronts. Incidentally, their interest accruals are being lowered. Photo: Reuters

A high repo rate results in higher cost of short-term funds. If it is low, the banks or businesses will have to pay less interest on borrowed funds.

In other words, it benefits the businesses more and is supposed to give a boost to their activities. It may benefit a new home loan seeker but may not benefit the ones who have already taken loans.

The rate was cut because inflation is stated to be at its lowest in a few years. The consumer price index (CPI) hit a low in June at 1.5 percent, though it has shown some rise since then.

Food prices have shown a fall though vegetable and fruit (considered luxury) prices have not. The RBI is targeting 4 percent CPI inflation but there are views in the government that the central bank is being conservative in its estimates.

One forgets that even this low inflation surpasses the high inflation-hit economy of 2010-2014, when the cumulative inflation touched around 48 percent.

Ignoring this aspect of the economy and suddenly lowering the interest rates may not be in the interest of the banks, business and ordinary citizens.

Market observers feel that the prices are unlikely to remain at low levels. The reasons for low inflation have been many, less cash in the economy, less production and low demand.

The monetary policy committee (MPC) is concerned that private investment is low. (The corporates are not investing their reserves).

The RBI stated that it is concerned about infrastructure bottlenecks and slow project clearances.

The government and the RBI are worried about large number of stressed corporate borrowers. They were unable to repay their mounting debts. This has added to the woes of the huge NPAs of public sector banks. Large recapitalisation of banks is being done — and it is hitting government finances.

In other words, the depositors’ money is being given as loan. These are turning into stressed funds and the depositor is losing on two counts — interest rates are being lowered and deposits’ safety, at least notionally, is affected.

The corporates are not even paying back the principal amount, rescheduling their payments and trying to get concessions.

So even without repo rate cut, large borrowers are reaping benefits of their profligacy. Interest rates should be increased to drive away businesses from seeking frivolous loans and thriving on them.

The banks are being run on the deposits by ordinary citizens who are losing on all fronts. Incidentally, their interest accruals are being lowered.

The policy on income tax has affected even meagre accruals. Policymakers need to remember that interest rates on deposits are a hedging against inflation and compensation by the banks for using their money to do business — this does not come under the definition of income.

Giving the depositors less benefit and tax hounding also does not help the economy. It further reduces their capacity to purchase.

It is evidenced by the fall in Nikkei’s manufacturing purchasing managers’ index (PMI) to 50.9 in June from 51.6 in May, signalling stress in the manufacturing sector. The PMI is an indicator for how the buyers are moving to the market.

Manufacturing growth has eased to a four-month-low in June owing to weak client demand, and concerns related to GST. It is a transition and the GST is yet to settle down. It has added to the cost of business. So would it again be inflationary? The business is skeptical but do not rule it out.

If it adds to the cost, there are two options : add them to prices or absorb them. If absorbed, the profit margins are likely to dip.

The overall factory output in May slowed down according to ministry of statistics and programme implementation data.

Even the job data was not benign.

The use-based classification of industrial output showed that production of primary goods was up by 3.4 percent while capital goods production fell by 3.9 percent. The category of infrastructure and construction goods saw a 0.1 percent increase in output.

According to the Centre for Monitoring the Indian Economy, 12.3 percent of all projects - both public and private - were stalled in the first quarter of 2017.

That's the third-highest level recorded since June 1995 and the first time since 2004 when more than a fifth of private-sector projects have been stalled. This isn't a problem that can be solved with a 25- or even a 50-basis point cut in the headline policy rate.

The repo rate cut does not seem to help any of the above: it merely moves the deposits away from the banks.

Linking all policy framework to rate cut is not prudent. It is a double-edged sword. Interest rates are at their lowest and bank charges at their highest. That is where correction is needed.

Let the nation have re-look at the interest rates. Lower rates certainly cannot boost the economy but lower bank charges can.

Also read: GST on sanitary napkins but not on condoms: Taxed for being women?