The housing sector has been affected by serious cash-flow problems and insolvency-related issues.

The Union Cabinet recently announced the creation of a ‘special window’ fund to provide debt financing on a priority basis for completion of stalled real estate housing projects in the affordable and mid-income housing sector.

Under this measure, the government will act as the sponsor and has committed to put around Rs 10,000 crore into the fund with another Rs 15,000 crore likely to come from the State Bank of India and Life Insurance Corporation among others.

Investment managers will work with the government and take responsibility for fundraising, investments and managing the fund team.

Residential housing projects declared non-performing assets (NPAs) and involved in insolvency under National Company Law Tribunal (NCLT) will also be considered in the scope of investments included under the fund. The fund seems to be aimed at providing targeted help to projects which have been stalled due to insufficient capital options or a lack of construction funding. Real estate projects that have cases pending in front of the high courts or the Supreme Court are not likely to receive any funds out of this ‘special window’. On the face of it, any idea to focus financing options for boosting construction and demand for affordable and mid-income housing can be welcomed, considering the fact that almost 90 per cent of the stalled projects in real estate are in the affordable and mid-income segment. 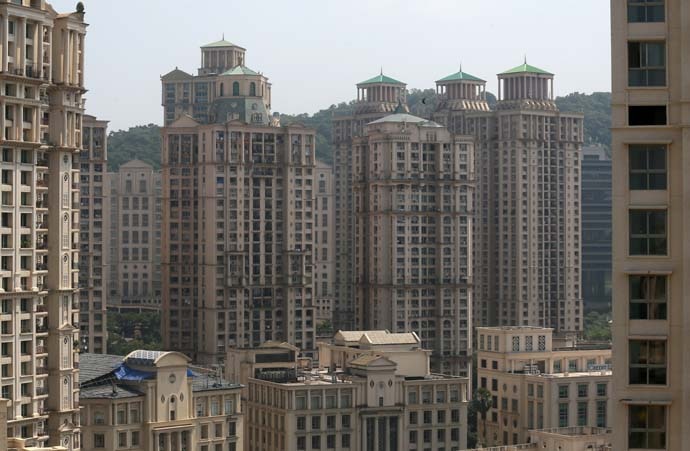 Financing a set of stalled housing projects is only one part of the real estate mess we are currently facing. (Representative photo: Reuters)

However, with an estimated $25 billion of property projects facing insolvency proceedings in bankruptcy courts, it is difficult to indicate the extent to which this fund will help an ailing real estate sector. The actual success of this step will also depend on how the government and investment managers go about designing the rescue package and allocate funds over the next few months (even to those signalling net potential-positive return on investments). One major issue associated with the creation of this fund is that this can be seen more as a supply-side measure trying to address a sectoral problem that is also structurally marred by an acute shortage of demand. And even if the saleability of a housing project increases on completion, poor rate of aggregate demand may deflate the estimated market price or any other potential positive returns that the private investor was looking to make from the project itself.

This can also have serious negative consequences on the government’s own debt management plan in years ahead (not to mention the fiscal slippage it is currently witnessing).

Similarly, the real estate sector has been affected by serious cash-flow problems and insolvency-related issues. So, the creation of a ‘special window’ will also result in a glut of funding requests from investors and project-developers. It will be critical to know how the investments managers — as part of the fund — decide on potential recipients, and this must be scrutinised closely. Financing a set of stalled housing projects is only one part of the real estate mess we are currently facing.

Moreover, the current condition of India’s public banking space combined with the gradual implosions being seen in non-banking financial companies (NBFCs) reflects how, for the sector to grow and increase its investment, banks would have to complement the government’s action plan to finance investments across the sector. A standalone special window fund may just be a quick-fix solution to get stalled construction projects rolling. And so, the real estate mess can structurally be addressed only when formal lending channels are able to recover and boost the supply of loanable funds for new and old borrowers.

Currently, banks have been affected by the liquidity-crunch in at least three ways: Liquidity-crunch affecting bank lending behaviour especially between commercial banks and NBFCs; Commercial banks also got direct exposure to property developers (amidst failing NBFCs), including individuals who do not repay mortgages (or are considered sub-prime in nature). The current condition of the real estate sector culminated out of three simultaneous shocks — the Real Estate (Regulation and Development) Act, 2016, demonetisation (2016) and Goods and Services Tax (2017), that exacerbated existing housing-financial debt and proliferated stalled projects because of the government’s direct attack on ‘cash’.

The NPA crisis in the public banking sector further added to the sector’s woes, as banks, while mandated to restructure their balance sheets, became less willing to further provide medium-to-long term credit to investors who had already sought credit (or had debt accumulated) from before.

Financing capital through a special window can only work if the credit allocation mechanism from the government works under an environment where banks (especially NBFCs) stabilise to remove sludge (NPAs) from their system, re-structure their debt, and become more comfortable (and autonomous) in lending to private enterprises. At the same time, all this needs greater policy-coherence in the government’s overall macroeconomic management of the economy.

With declining wages in urban and rural segments and falling consumption levels, as of now, a targeted fund appears more as a supply-side soap to a demand-side problem.

Also read: Will Nirmala Sitharaman’s last-mile gambit pull the economy out of slump?

Post your comment
#Economiccrisis, #Nirmalasitharaman, #Debtfinancing, #Realestatecrisis
The views and opinions expressed in this article are those of the authors and do not necessarily reflect the official policy or position of DailyO.in or the India Today Group. The writers are solely responsible for any claims arising out of the contents of this article.

Deepanshu Mohan is an associate professor and Director, Centre for New Economics Studies at OP Jindal Global University. Abhinav Saggar is a Research Assistant with CNES.