The approach to 'reform' has often included short-term measures that allow the economic car engine to start and push ahead faster but slow down eventually.

Finance minister Nirmala Sitharaman's latest announcement to cut basic corporate tax to 22 per cent from 30 per cent, amid other tax-related structural changes for domestic companies that currently don't avail any tax exemptions was well-received by India Inc. Finance minister Nirmala Sitharaman has announced a cut in the corporate tax from 30 per cent to 22 per cent. (Photo: Reuters)

The 'bold' move is being welcomed in the context of the dismal private investment climate prevailing across most sectors of the economy that has slowed down manufacturing growth and also hit the government's 'Make in India' plan. To boost fresh investments in manufacturing, the finance minister slashed corporate income tax to 15 per cent (from 25 per cent) for domestic companies incorporated on or after October 1, 2019, and likely to commence their production on or before March 31, 2023. They are also not required to pay the Minimum Alternate Tax (MAT), paying an effective tax rate of approximately 17 per cent (including all surcharge and cess).

Further, in case of capital markets, to increase the flow of funds and undo 'increased surcharge' on capital gains imposed during this year's Union Budget, the government has decided to roll back this surcharge.

So, what do these drastic measures signify?

First, the series of announcements made over the last month-and-a-half is a clear acknowledgement of the shortcomings of the new FM's first Budget presented in July. These range from 'over taxing' wealth creators to indicating strong efforts to 'police' the economy, which made most private investors (including those seen as strong business advocates of the current government) jittery, and critical of the surcharge imposed.

Business sentiment significantly dropped, along with private investment, post the Budget speech. This is likely to change with the nature of corporate tax cuts announced now.

Domestic and foreign companies will have an added incentive now to invest more in sectors such as automobiles, pharmaceuticals, commerce, media-and-animation, etc, where the government has been struggling to revive 'animal spirits' of existing (and new) investors.

The Reserve Bank of India's (RBI) accommodative monetary policy of 'rate cuts' will compliment this temporal wave of business optimism.

So the current macro-measures may significantly help address some of the 'cyclical' aspects of the economic slowdown, even though these would come at a significant fiscal cost.

The real question is: To what extent will these measures actually address the 'structural' aspects of India's economic slowdown? Corporate tax rate cuts generally provide a short-term sugar rush to the economy. 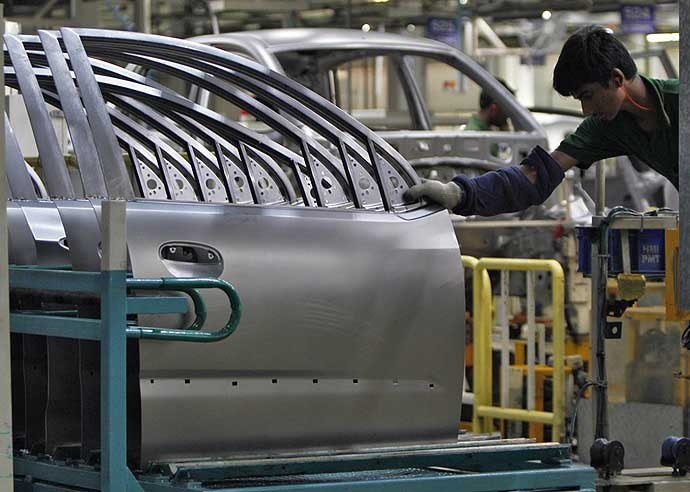 More companies may invest in portfolio stocks, or invest in capital-intensive manufacturing capacities, which means, while the stock market may be 'celebrating', the existing rate of unemployment and the flattening of real wage growth may very well continue. These parameters reflect the structural aspects of the slowdown.

The key here is to monitor wage growth levels and consumption trends across income groups (and more often, these do not change much with corporate tax cuts). This approach to crowd-in investment policy isn't new.

The Indian approach to 'reform' has often included short-term measures that allow the economic car engine to start and push ahead at a faster pace, but then slow down subsequently, struggling to maintain the initial momentum.

In early 1990s too, the crisis-response reform measures undertaken to liberalise the economy, through relaxed capital controls for foreign direct investment, allowed growth levels to pick up over a period of time. But with rise of growth of services and certain aspects of industry (construction, automobiles, pharma), other sectoral components, especially agriculture, couldn't really add greater value to the growth produced.

Real wage growth levels and employment trends picked up only in the years 2003-04 to 2011-12 — a phase in which one saw perhaps the most balanced growth in India's economic trajectory, largely because of state measures to increase spending in human capital development requirements (within healthcare, education and vocational training skills).

I am not sure if the current government really acknowledges some of these 'structural' aspects responsible for shaping India's growth trajectory.

The current slowdown is sourced from the poor state of human capital development levels that we continue to see, and is increasingly responsible for the poor employment (and wage) condition of workers, including women, across sectors. Costs imposed from corporate tax cuts could further eat into the fiscal space of the Union government. This will make funding for existing social and welfare programmes scarcer.

Also read: How to get the Indian economy back on track

#Economic slowdown, #Indian Economy, #Nirmala Sitharaman, #Tax cuts
The views and opinions expressed in this article are those of the authors and do not necessarily reflect the official policy or position of DailyO.in or the India Today Group. The writers are solely responsible for any claims arising out of the contents of this article.