This would naturally mean encouraging investments to spur growth and create more jobs in the economy.

The current tax base of the country comprises a mere three point five crore taxpayers, even though 10 crore individuals and business entities are registered with the income tax department. In the case of individuals, the major chunk of revenues comes from tax deducted at source (TDS), while in the business segment it is mainly the bigger corporates that contribute to the nation's tax kitty.

Senior Indian Revenue Service (IRS) officials admit that it is this narrow tax base that is leading to excessive pressure on honest taxpayers to meet increasingly stiff targets for revenue collections.

Finance minister Arun Jaitley, perhaps, acknowledged this fact at the 31st Annual Conference of Principal Chief Commissioners of Income Tax on Monday when he stated that if the tax base was broadened there could be scope for giving some tax concessions to honest taxpayers.

However, IRS officials are of the view that adequate resources are not being allocated to expand the Income Tax department, although it is an essential prerequisite to widen the tax base. The department needs more manpower and better infrastructure to expand the tax net. 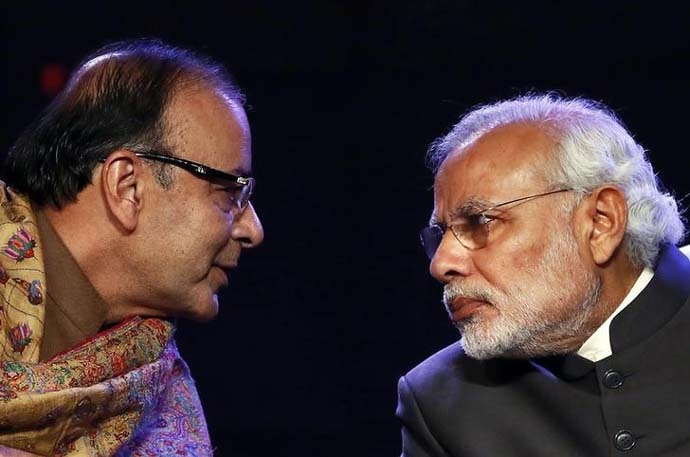 A broader tax base would reduce the pressure on honest taxpayers as a given target would be met through a larger numbers of assesses, whether they be individuals or business entities.

This would naturally lead to ushering in a non-adversarial tax regime that the finance minister has in mind for encouraging investments to spur growth and create more jobs in the economy. More revenue would then also flow into the government's coffers for boosting infrastructure and undertaking social welfare schemes.

Senior IRS officials also point out that manpower in the tax department should be highly motivated, but this is not the case at present. Some go to the extent of even saying that currently their cadre is "demoralised and demotivated".

They appear to have spoken their heart out in the case presented to the Seventh Pay Commission that is looking into the emoluments and service conditions of the Central government services.

The IRS memorandum states that while the country's GDP has gone up five point four times between 2000-01 and 2013-14, the direct tax collections have shot up nine point three five times during this period. However, the cost of collection as a percentage of total revenue is a mere zero point five per cent, which is among the lowest in the world.

The cost of collection for advanced countries such as Canada, Australia, Singapore, France and Japan, on the other hand, ranges between one point zero five per cent and one point five eight per cent of total collections, the memorandum points out.

The IRS officers also want a proper career progression in place for their service as only a handful of officers go past the joint secretary-level, while most IAS officers make it to the top rank of secretary to the government of India.

The IRS officials have made out a strong case for being spun off as an autonomous department of the finance ministry that reports directly to the finance minister, instead of routing files through the revenue secretary who is an IAS officer with little knowledge of tax issues. This is also the practice followed in advanced nations.

Dealing with direct taxes and even customs and excise duties requires a deep understanding of complicated accounting procedures and tax laws. In addition a thorough knowledge of business practices across economic sectors and prevalent tax evasion and tax avoidance techniques is required to maximise revenue collections.

The best brains in accounting and law are going into professional practice in taxation. Because of the huge financial stakes involved they are constantly coming up with new modus operandi that enables corporates and individuals to either evade or avoid paying taxes.

Tax avoidance, which entails exploiting loopholes in the law, is not illegal but is certainly an unethical practice. In order to keep a check on such leakages, tax officials have to formulate policies and initiate steps to plug the gaps drawing from years of experience in the field. And yet, an IAS officer has the final say on matters requiring specialised domain knowledge.

To buttress its argument, the IRS memorandum has cited the report of the Tax Administration Reforms Commission headed by international tax expert Parthasarathi Shome. The report submitted in 2014 states: "The present system is quite contradictory to international practices, which is that revenue bodies functioning as the departments of the government or as completely autonomous organisations report directly to the minister."

The revenue secretary occupies the apex position in the revenue department and is selected from the IAS. He is likely to have little experience or background in tax administration at the national level and little familiarity with tax, including international tax issues that are increasingly taking centre-stage in emerging global challenges in taxation, the report observes.

Yet, he is the final signatory on decisions on tax policy and administration matters prior to their arrival before the finance minister's consideration.

Estimates committee of Parliament had in a report in 1992 stated: "The finance ministry's reply that the revenue secretary's post is required to coordinate affairs of the two boards, CBDT and CBEC, is unacceptable to the committee.''

Similarly, the Raja J Chelliah committee had also observed that the requirement of routing all papers to the minister through the revenue secretary had severely affected the functioning of the board. It had also come out in favour of abolishing the post.

The rumblings of discontent against the IAS are also evident in other services such as the Indian Audits and accounts service, which always ends up being headed by a retired IAS officer as the comptroller and auditor general of India (CAG). Officers of the audit service do not go beyond the rank of deputy CAG despite their long years of experience and specialised knowledge of audit matters.

The Seventh Pay Commission has provided another opportunity for these services to officially present their views. The commission, however, can only make recommendations and the final call has to be taken by the government in which the all-powerful IAS coterie has a crucial say.

#Arun Jaitley, #Taxation
The views and opinions expressed in this article are those of the authors and do not necessarily reflect the official policy or position of DailyO.in or the India Today Group. The writers are solely responsible for any claims arising out of the contents of this article.

The writer is chief of economic bureau, Mail Today.