What India must do to bridge income inequality

While the rise of the super rich as released in three reports of 2018 reflects a vibrant Indian economy where the spread of capitalism is unstoppable, we must work towards a more equitable and a “morally decent” form of progress and prosperity for all.

This narrative needs to be brought into public discourse, which has become a big talking point in the US too.

For example, what happens when behemoths turn ‘Too Big to Own’, even if they were once startups, but have grown in size and scale to become indispensable public utilities, like Facebook, Microsoft, Google, Apple, etc?

In the Indian context, the same is applicable to conglomerates that grew in scale and size through allocations in natural resources. 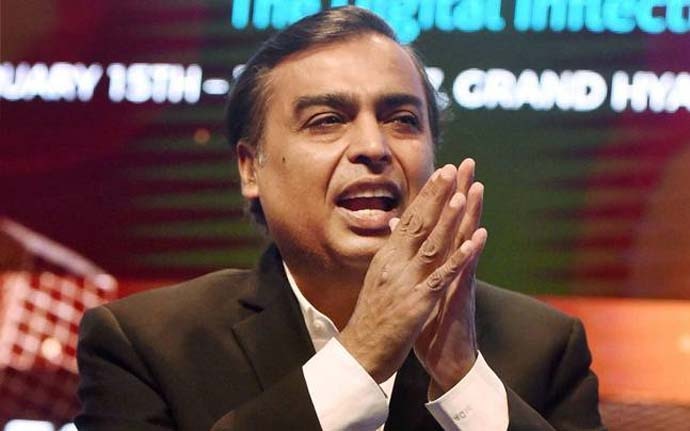 Further, we need to compare the philanthropic patterns of what I term as ‘globalopolies’, which are larger than oligopolies.

Though Corporate Social Responsibility is not legislated in the US and is voluntary, the social largesse of these American companies is somewhere on parity with their windfall profits, unlike with Indian corporates and ultra-high net worth individuals.

In defence of the likes of India’s Flipkart, Paytm and OYO, as also most of the telecom, IT companies and the knowledge economy, they were mostly founded by meritorious first-generation entrepreneurs, very different from inherited wealth that came from the manufacturing industry, or industries in mining, real estate or natural resources through cronyism of the past.

However, when sectors benefit through windfall gains, there is an obligation to contribute a larger share towards social reforms. Because unfairly, it’s the middle classes that bear most of the brunt of taxation, as also the affluent tax-payer who bears the highest bracket of taxation in the 30 per cent bracket.

The point under discussion here is: should the new class of super-affluent having higher income have different obligations towards society?

Recent statistics on redistribution of wealth are neither reassuring nor adequate to alter the pace of poverty mitigation.

We do need reactive taxation reforms, given the ‘new normal’.

There are three international reports of 2018 that are discussed below, which should make policy-makers rethink why bridging the inequality gaps is imperative.

This does not mean taking from the rich to give to the poor, or penalising the rich for being rich, but through bracketing the über-rich in a fourth tax bracket or by mandating a progressive rate of CSR, higher than the existing 2 per cent. 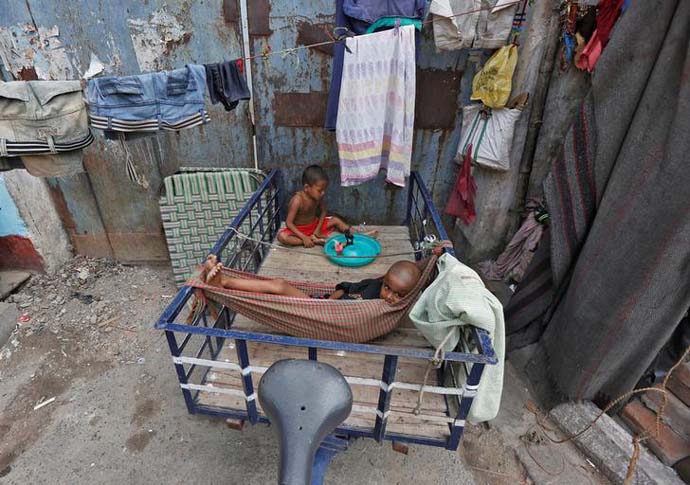 Inequality is not necessarily a side-effect of capitalism. (Photo: Reuters)

First, according to the Oxfam 2018 survey, the richest 1 per cent in India cornered 73 per cent of the wealth generated in the country last year, presenting a worrying picture of rising income inequality.

Asymmetrically, 67 crore Indians comprising the population’s poorest half saw their wealth rise by just 1 per cent. So can we imagine just how long would it take for the marginalised to climb out of poverty?

Second, according to the Barclays Hurun India’s Rich List 2018 released just last week, the number of Indians with a net worth of Rs 1,000 crore has increased by 34 per cent in just one year, making India ‘the fastest growing rich list in the world’.

So at this rate, while the top strata grew at a meteoric rate, de-escalating the rate of gross poverty could take up to ad infinitum.

Third, there is a contrasting asymmetric rate of poverty reduction as seen in the UNDP report released a month back.

“Between 2005-06 and 2015-16, the poverty level came down from 55 per cent to 21 per cent, improving the country’s MDP (Multidimensional Poverty) ranking of India. MDP is an international measure of acute poverty calculated based on three key categories: health, education and living standards. The above translates to a meagre 3 per cent drop in poverty a year!

This substantiates French economist Piketty’s theory that the affluent have a first-mover advantage through the compounding power of savings or inheritance, while the income of the poor never grows even at the pace of the GDP of a nation.

Eighty per cent of Indians hold less than 20 per cent of the country’s wealth, not because they lack initiative, but due to the unequal access to service and information.

Then in October came the Boston Consulting Group’s findings which projected that the country’s personal wealth is expected to grow at a CAGR of 13 per cent to $5 trillion by 2022. 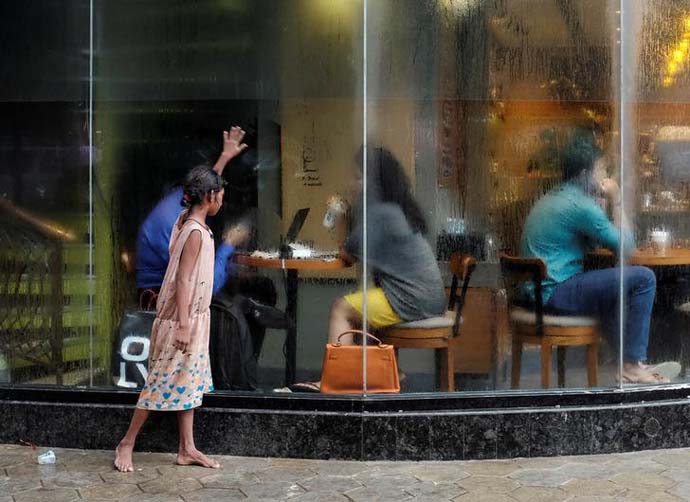 We just can't take from the rich and give it to the poor. (Photo: Reuters)

Again, contrast this to NABARD’s 2018 report that revealed that 48 per cent households, being agricultural households, had average savings per household in the last year being as low as Rs 6,000 to Rs 12,000, with only 27 per cent invested in financial assets.

Steps at financial inclusion have to first be conceptualised and thought through for this 48 per cent.

Next, we also need to ideate for the unorganised sector which constitutes 80 per cent who migrate as labour to bigger cities, with only 17 per cent supported by a regular salary.

We need a radical re-think on re-calculating the economics of poverty alleviation. The crucial decision here is the cut-off income beyond which individuals or corporates should be classified as ‘super rich’, and mandated to increase CSR spend beyond the existing 2 per cent of profits/income.

Because inequality does not have to necessarily be the side-effect of capitalism. Income inequality needs to be addressed more than wealth inequality, because wealth is cumulative income, wisely compounded.