Why India must prepare to exit the World Trade Organization

The ITO was envisioned to be a specialised agency under the UN to address various issues related to trade, but the US never approved it, as it reportedly didn't support American interests completely. In a tight spot: The World Trade Organization faces accusations of being biased both from the developed and the developing world. (Source: Reuters)

In absence of the ITO, the General Agreements on Tariffs and Trade (GATT), came into effect on January 1, 1948, and became the only multilateral organization governing international trade.

The World Trade Organization (WTO) came out of the Marrakesh Agreement signed on April 15, 1994, and replaced GATT. But over the years, WTO has faced serious criticism across the globe, and what is today seems to be a crisis of perception may soon lead to a crisis of existence.

According to the Human Development Index report 2017, more than 80 per cent of the world population lives in developing countries. Interestingly, the WTO does not define what a developing country is.

This could be because it makes it convenient for the WTO to be more flexible in serving the interest of its 'powerful members', thereby putting the developing world at the mercy of the developed world. When the domestic markets saturated and the US corporations were looking to capture markets outside, the US started hailing globalisation, and when globalisation failed to serve American interests, it moved to protectionism.

Large economies such as the US, the UK and the European Union have always found clever ways to regulate international trade to serve their economic interests.

But, tariff wars have become a reality and could push the world in chaos leading to a sub-recession like scenario. It is absolutely clear that if a powerful country like the US, which is used to the 'One dollar, One vote', principle of participation at multilateral bodies, fails in its claim or loses a major tariff war at the WTO, it will pull out of the institution.

US President Donald Trump has been repeatedly stating that WTO has not been fair to the US and in unambiguous words hinted at pulling out of the WTO. The US has filed complaints against WTO member countries viz; China, the European Union, Canada, Mexico and Turkey. Crying foul: US President Donald Trump has accused the WTO member countries of being unfair to American interests. (Source: AP)

Clearly, the WTO is failing in its role and has been reduced to a body for dispute resolutions and retaliatory tariff wars. It has thus come to be merely a World Tariffs Organization.

Also, most countries are engaging in preferential trade agreements, rendering WTO irrelevant. The powerful member nations could also use the issue of national security to raise tariffs, rendering the 164-member body useless.

The general view among the WTO member nations which have lesser influence within the organization is that business is being conducted in WTO only with an aim to push the interest of the influential members.

Questioning the power imbalance in WTO, an African trade envoy asked, "What gives the secretariat the authority or mandate to propose furture steps or multilateral outcomes on subjects on which discussions have not even begun in the WTO."

Recently, the Australian treasurer, Scott Morrison, criticised the WTO by stating that the global trading system had failed and should be subjected to a broad review.

The developing world has repeatedly castigated the WTO for being unfair in terms of domestic trade incentives and duty barriers, and has been questioned for giving poor audience to the developing world, with some discussions remaining only on paper.

The WTO is against farm subsidies in India but the country cannot be dictated to turn a blind eye to 65 per cent of its population, being a predominantly agricultural country. 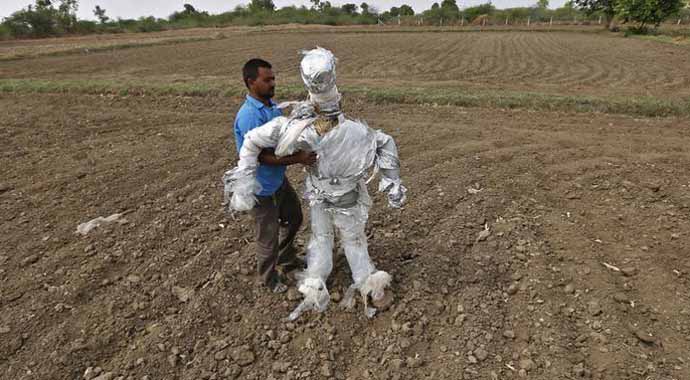 Interests compromised: With a large population dependent on agriculture, India can't afford to toe the US line on farm subsidies. (Source: Reuters)

India has come down heavily on the WTO, and at one point, New Delhi went on to state: "Such presentations by the secretariat within or outside the WTO go far beyond the remit of the functions of the WTO secretariat, and violate the letter and spirit of the agreement establishing the WTO." Today it is agriculture, tomorrow it could be something else. The point is the developing world should not be arm-twisted through the WTO. India should not be arm-twisted by the WTO, which has often done this to developing nations. (Source: PTI)

The developing countries should come together to form a trade body that works for them as they mostly have similar challenges and need equal opportunities.

We need to go back to the drawing board, but this time the lead should come from countries like India and African nations if we want to avoid being the trade colonies of super powers.

Also, if we look at India, the biggest asset is the spending power of its 1.3 billion population. Add to it their growing incomes. Does India really need a platform like the WTO?

The developing world needs to define its own rules that serve its best interests. Else, tomorrow, the WTO will succeed in serving the vested interests of some and push for more trade issues like agriculture subsidies, e-commerce, automation and artificial intelligence, where the western world has developed significant expertise.

All this will lead to India, and the developing world, face major issues of unemployment, resulting in utter chaos and unrest at home. This will prove particularly disastrous for small and medium enterprises. Considering the irrelevance of WTO, it is time that India moves on and plans its exit from WTO, and defines rules of business — domestic, regional and global.