This election season, copious amounts of venom were spewed, obscene pamphlets distributed, defamation cases proliferated and notices from the EC were casually thrown about

May 23 is here at our doors and the political commentator in me is breathing a sigh of relief! The last two months have been a roller-coaster ride, not just for me, but all journalists and political pundits. Each time there was a news break, all of us were glued to our television sets to know which politician had a foot-in-the-mouth moment, or which politician said something ignorant or just downright insensitive.

And there was such choice.

There was plenty of ignorance and bigotry that we got to see this election season — so much so that some of these politicians deserve to be inducted into a hall of shame for their statements. Honestly, we are surprised that the Election Commission didn’t send notices to all the politicians that feature on this list, but hey, there are only so many notices they can send, right?

So sit tight as we take you through some of the most shocking statements that we got to hear this election season! 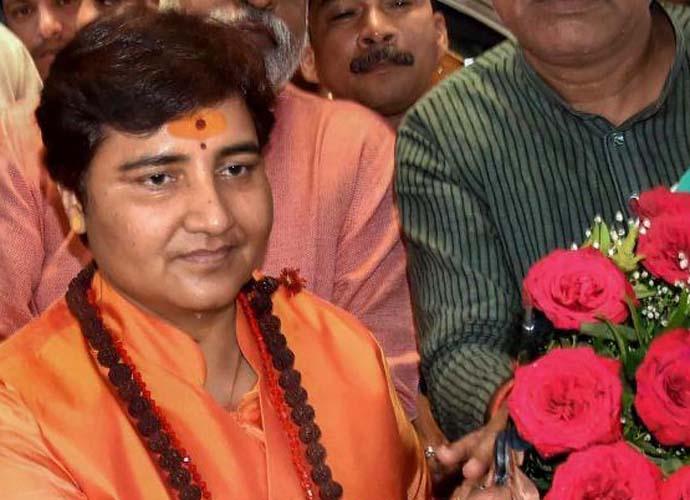 Gagged: Sadhvi Pragya, one of the many politicians temporarily banned by the EC over MCC violation. (Source: India Today)

Controversy’s own child, Sadhvi Pragya said plenty that earned her the number 1 spot on this list. In one interview, she glorified Nathuram Godse, who assassinated Mahatma Gandhi. She reportedly said, "Nathuram Godse was a 'deshbhakt', is a 'deshbhakt' and will remain a 'deshbhakt'. People calling him a terrorist should instead look within, such people will be given a befitting reply in these elections."

Veteran politician and member of the Congress party, Mani Shankar Aiyar reportedly called Narendra Modi a ‘neech aadmi’. Again. To follow up, as it were, from his infamous 2014 remark. A few days later, the same man was spotted threatening journalists with violence and verbally abusing them. Who's talking about neech aadmis again? Why do we need to go after those who aren't here to defend themselves, Mr Modi? (Source: India Today)

Several comments lowered the level of political discourse in India. PM Modi’s Bhrashtachari No. 1 remark though was a new low. Attacking a politician, a former PM, who isn’t present to defend himself was a first which shocked many. Needless to say, he got a lot of flak and serious criticism for the same.

Being a woman in politics is hard, especially because women are prone to sexist and misogynistic attacks by other politicians. Jaya Prada was subjected to such misogyny this time. Azam Khan, Samajwadi Party candidate, in one of his rallies, reportedly said, "...the underwear beneath is of the khakhi colour", aparently with context to Jaya Prada, and was served a notice from the National Commission of Women. 2019 has been a bad year for Rahul Gandhi’s ‘guru’ Sam Pitroda. He first got flak for calling Pulwama an ‘accident’ and deservedly so. He then questioned the legitimacy of the Balakot air-strikes. The final nail in the public perception coffin was him saying ‘Hua toh hua’ with context to the anti-Sikh riots of 1984.

How about keeping shut for a while, Mr Pitroda?

Sadhvi Pragya crossed all limits when she said that Hemant Karkare, a man who laid down his life in his duty during the 2008 26/11 Mumbai terror attacks, ‘died due to karma’. She was even banned by the Election Commission from campaigning for 72 hours due to her comments. The obscene pamphlet went viral and only lowered the political tone some more. (Source: India Today)

This one isn’t an outrageous comment per se, but it caused a stir. In a press conference, AAP leaders Atishi and Manish Sisodia alleged that the BJP had distributed an obscene pamphlet in areas of East Delhi, which contained derogatory, misogynistic and casteist remarks about Atishi and Sisodia. Gautam Gambhir even served AAP a legal notice for defamation. This pamphlet will go down in history as the most crass, crude and vulgar personal attack in the history of Indian politics.

Also Read: EVM and ECI: The two factors always blamed by an election's losing side