EVM and ECI: The two factors always blamed by an election's losing side

Tampering with the EVM without being detected is impossible. Yet, there are always allegations of EVM-hacking or ECI's 'rigged verdict', perhaps to soften the blow.

EVMs have always been Pandora’s Box in the Indian elections. These vote boxes have become a bone of contention between the winning and losing sides.

This is not the first time that Rahul Gandhi's Congress politicians are questioning the credibility of EVMs or the working of the Election Commission and this, surely, will not be the last time that any politician will make such baseless allegations without giving any reasonable explanations.

Over the years, sides facing defeats always claimed that the use of EVMs makes elections vulnerable, even rigged.

Back in 2009, senior BJP leader LK Advani, who was on the losing side of the then-Lok Sabha elections, demanded the old method of ballot papers to be deployed in the ensuing Assembly elections in four states. 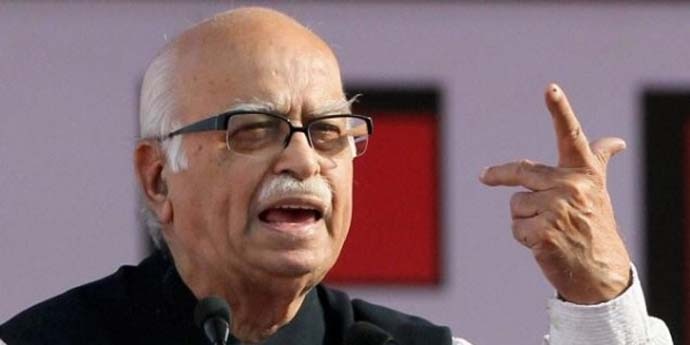 That started the saga of EVM-tampering allegations.

When BJP won the 2014 Lok Sabha elections, almost all the losing parties cried foul, alleging discrepancies creeping into the EVMs in their electorates/constituencies. It was largely focused in the Uttar Pradesh elections when BJP swept 325 seats out of 403. There was a furore in the rival parties as all of them came together to disregard the results and the EVMs — which was a futile exercise.

From politicians ranging from LK Advani to Arvind Kejriwal alleging tampering, it has been a roller coaster ride for the innocuous EVM in India.

Recently, the Bombay High Court has declared EVMs hassle-free. The court ordered an examination of EVMs from the Parvati constituency in Pune. One control unit, one ballot unit and two batteries were sent to the lab. The report revealed that the machine is a stand-alone, non-networked, one-time programmable unit, which is neither computer-controlled externally, nor could it be connected internally or to any network.

The report cleared any tampering, altering or any other possible manipulation of the EVMs.

Hacking of the EVM is a near-impossible task. The EVM is a single-chip unit with a pre-programmed set of instructions that are readable only by specific devices through a wired connection. The override can only be done in circumstances wherein EVM chips are replaced. This will dismantle the whole unit altogether. Generally, in generation-II machines, the control unit records key stamping and in generation-III machines, the control unit will not allow any functions at all.

"#EVMs cannot be tampered with, even in the future. I am very clear about this. During my time, BJP had raised doubts on EVM so we had also held a demonstration like earlier this year for all to come and try rig it" says Naveen Chawla, former CEC pic.twitter.com/xXRpduibUK

It can be conclusively said that any tampering of the EVM will be easily detectable by any official. On top of that, every party is allowed to test any EVM before deploying to booths. EVMs are tested at the polling stations, locked with seals and signed by the respective representatives. So, party representatives can also verify if their seals have been broken, during counting. This further establishes that tampering of EVMs is a near-impossible task.

Therefore, outlandish theories of EVM hacking should be disregarded altogether. Despite being repeatedly established that EVMs are tamper-resistant, it remains the target of every losing side. (Photo: IANS)

Another controversy that makes headlines during poll season is accusing the Election Commission with nepotism, rigged polls, fixed verdicts, etc. while seemingly having no trust on the Constitutional mechanism of the country.

Again, this is not the first time that the Election Commission has been accused of nepotism — and this will not be the last time.

In 2008, the opposition parties sought then-Election Commissioner Navin Chawla's removal on the claims that he reportedly "lacks fairness and non-partisan approach" because of his "close proximity" to the Congress and its leadership. In 2009, he was again caught in a controversy wherein the then-CEC had cited no less than 12 instances in his 900-page report to President Pratibha Patil to allege that Navin Chawla was not impartial in his role as Election Commissioner. He also quoted the 1995 judgment of the Apex Court that said, “The agency which is entrusted with the task of holding elections to the legislatures should be fully insulated so that it can function as an independent agency free from external pressures from the party in power or executive of the day.”

Despite facing controversies from every side, Navin Chawla became the Chief Election Commissioner and ended his tenure in July 2010.

These issues are nothing new to the Indian elections.

Losing sides cannot digest defeat in the elections and thus start questioning both EVMs and the Election Commission in order to find an excuse for their defeat. This random element of unnecessary allegations makes it more difficult to believe in the authenticity of EVMs. The public is misled by these wild allegations and conspiracy theories. It is time that political groups learnt to accept defeat, rather than pointing fingers at EVMs and the ECI.

After all, it is the people who chose the representative, not EVMs or ECI.

#EVM tampering, #Election Commission of India, #Evm 2019 lok sabha elections, #Lok sabha election results
The views and opinions expressed in this article are those of the authors and do not necessarily reflect the official policy or position of DailyO.in or the India Today Group. The writers are solely responsible for any claims arising out of the contents of this article.