Aspiration vs entitlement: Potential and promise trumped dynasty and inheritance in the battle for Amethi

Smriti Irani, a self-made woman who showed potential to be a great leader, won over Rahul Gandhi, an entitled and privileged man, with family inheritance.

The writing has been on the wall for years. But blinkers imposed by the ecosystem that evolved under the ancien régime have prevented acolytes, apparatchiks and bootlickers from seeing the reality — there is a fundamental conflict between aspiration and entitlement.

An aspirational society, by definition, cannot countenance entitlement. If, indeed, India is an aspirational society, then it is only to be expected that it will rebel against and reject entitlement of the elite. Among the many takeaways from the mandate of 2019, the death of entitlement is one of the most significant. In the epic clash between aspiration and entitlement, the latter has suffered a crushing defeat. Nothing is more emblematic of this than the result in Amethi.

A self-made Smriti Irani vanquished the inheritor of power and privilege in his bastion. The victory didn’t come easy. Irani worked very hard for it. Her opponent on the other hand rested on legacy, inheritance and his family name, and never felt the need to do any work in the constituency. The contempt with which the constituents were treated by the entitled heir is apparent from the fact that Amethi enjoys the dubious distinction of being a VVIP constituency which has remained among the most backward in the country. 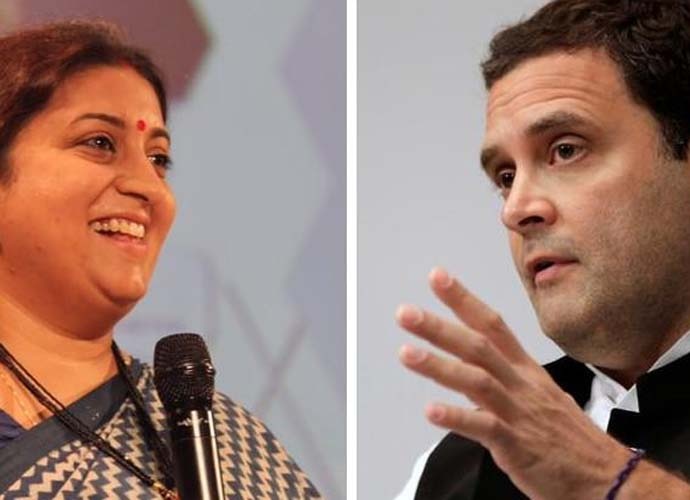 The death of entitlement: An entitled and privileged man, Rahul Gandhi, lost Amethi by a huge margin (Source: India Today)

The biggest icons of aspiration are the power duo of BJP — Narendra Modi and Amit Shah. Both have risen to the very top from the very bottom, not because of any inheritance that entitled them to become party president and party boss. They have done this through their hard work, commitment and, of course, competence. Shah started his political career as a party cadre who would stick posters on walls. Modi started life as a tea-seller and then rose up the ranks of the Rashtriya Swayamsevak Sangh and later BJP. 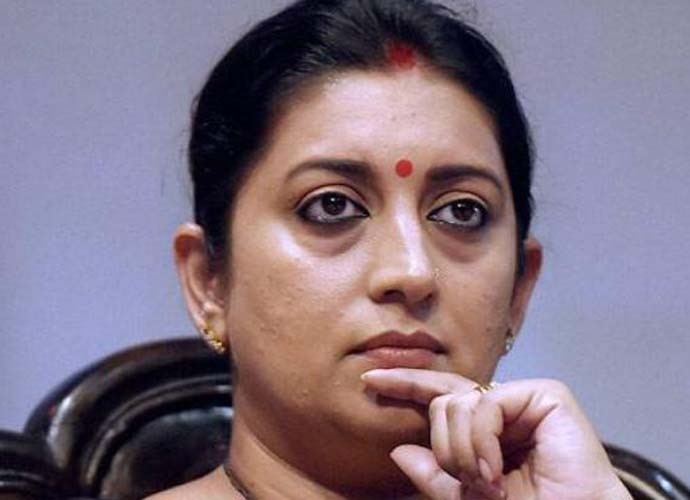 Imagine someone from this background making it to the top of the Grand Old Party (Congress). Impossible! Just look at the list of entitled candidates in the Congress or other family parties. You had to be someone’s son or daughter to get a ticket. And they all, or at least almost all of them, were rejected. Dynasty after dynasty has been decimated in this election. The BJP on the other hand denied tickets to not just scions of leaders, but also sitting MPs who had not performed well in their constituencies.

The denial of ticket to Former Chhattisgarh CM Raman Singh’s son, to the relatives of the late leaders Manohar Parrikar and Ananth Kumar had a shock-and-awe effect. It no longer mattered who your father was or what family you belonged to. If you showed potential and promise, you were rewarded; if not, you had to make way for someone more competent and committed than you. If this isn’t the death of entitlement, what is? But the entitled just don’t get this. They don’t get the fact that if over two-thirds of the electorate is below 35 years, then these are people who have never seen Indira Gandhi and were in their infancy when Rajiv Gandhi was around. 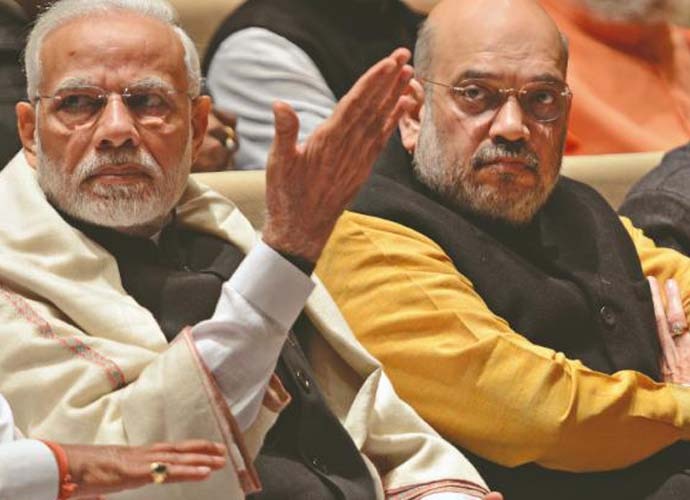 Amit Shah and Narendra Modi is another duo that came from a humble background and rose to power on merit (Source: India Today)

Invoking their names neither strikes a chord nor evokes nostalgia. If anything, seeking votes in the name of your family invites disgust. Of course, if all you have to your credit is dynasty, then that’s all you can sell even if no one’s buying. Because they think their family and inheritance makes them the natural choice, these entitled princelings have no connection with and no ear for the churn that is taking place in society. Their advisors have been inherited by them, most of them way past their sell by date, who end up causing more harm than any good. But as they say: ‘hua to hua’! What the entitled elite don’t get is that the ecosystem they represent is crumbling. The reason for that is simple. For the entitled, accent is more important than achievement; pedigree scores over performance; inheritance takes precedence over intensity; whining has replaced the passion to win; seniority and not struggle decides placements.

The entitled elites don’t believe in the survival of the fittest; what they believe in is the survival of the fatuous, frivolous and the feckless. And the courtiers who they surround themselves with have neither the guts nor the gumption to tell the emperor that he is without clothes. Meanwhile, India has changed. It has become a land of opportunity for those who are ready to cast aside the disadvantages they are born with and grab the opportunities that come their way, and try to maximise these opportunities by adapting, adjusting and innovating to rise to the top. They claw their way up and succeed because they are hungry for success. That manifested in the verdict of 2019.

Post your comment
#Dynasty politics, #Smriti wins amethi, #Smriti irani vs rahul gandhi, #Rahul gandhi amethi
The views and opinions expressed in this article are those of the authors and do not necessarily reflect the official policy or position of DailyO.in or the India Today Group. The writers are solely responsible for any claims arising out of the contents of this article.