Before Trial by Fire on Netflix, what you need to know about the 1997 Uphaar Cinema fire

Netflix India released the official trailer of its upcoming limited series Trial By Fire on January 4, revealing its real-life inspiration and a star-studded ensemble. With the cast led by Abhay Deol, the series will drop on the streaming service on January 13.

Based on the book of the same name,Trial By Fire would be set in the backdrop of the Uphaar Cinema fire in 1997 that led to the deaths of 59 people, leaving 103 with non-fatal injuries.

What exactly happened in 1997? The Uphaar Cinema in Delhi’s Green Park caught a fire on June 13, 1997, during the 3 o’ clock screening of the war film Border. It was a Friday and the theatre was filled to the brim, leaving everyone trapped inside when an electric transformer caught fire.

The fire eventually resulted in a stampede, in which many sustained serious injuries while others died of asphyxiation. The maintenance work on the transformers wasn’t satisfactory and the theatre owners were later blamed for several other technological fallacies in the establishment.

Capt Manjinder Singh Bhinder sacrificed his life trying to save 150 people trapped in Uphaar Cinema fire tragedy even after realising that his 4 YO son & wife too were engulfed in the flames and couldn’t be saved. An outstanding horseman he captained the NDA and IMA Equestrian+ pic.twitter.com/ntZ4DnApRy

Who were responsible for the Uphaar Cinema fire? Brothers Sushil and Gopal Ansal were the owners of Uphaar and naturally became public enemies after the fire. However, bringing them to court proved to be quite an ordeal for the survivors and the families of the deceased. In the Netflix series Trial By Fire, Abhay Deol and Rajshri Deshpande play real-life parents Shekhar and Neelam Krishnamoorthy whose children died in the fire.

These families joined forces to form what was known as The Association of Victims of Uphaar Fire Tragedy (AVUT). This collective kept on fighting for compensation and punishing the Ansals for years, which in turn resulted in several judgments over the years.

In the following years, the Ansals and their associates were also involved in tampering with the evidence to be presented to the courts, charges on which they were found guilty later on.

What did the court decide? In what is seen as a breakthrough in Indian civil compensation law, the verdict was given by the Delhi High Court in 2003. The HC found not just Uphaar’s owners guilty but also members of the Municipal Corporation of Delhi (MCD), and Delhi Electricity Board.

The petitioning families were accorded Rs 25 crore in compensation, with Rs 15 lakh intended for each of the relatives and Rs 18 lakh to those who are above 20 years. However, the monetary value of these compensations was cut to Rs 7.5 lakh and Rs 10 lakh by the Supreme Court in 2011.

A heartbreaking yet resilient story of parents - Neelam and Shekhar Krishnamoorthy, who lost their kids in a tragic fire that took over Uphaar Cinema, South Delhi.

Compensation aside, the final verdict came in 2007 with the Delhi Court finding 12 people (including the Ansals) guilty and convicting them of charges such as causing death by negligence. The Central Bureau of Investigation (CBI) was also instructed to investigate further the officials who had been giving unverified safety licenses to the theatre for more than a decade.

Where are the Ansal Brothers now? Gopal and Sushil Ansal were held guilty following the 2007 verdict but it was only in February 2017 that Gopal Ansal got sentenced to one year in jail. This was followed by another development in October 2021, when the trial court convicted the brothers and the others accused. In November, the brothers were sentenced to seven years in jail and fined Rs 2.25 crore each.

However, last July, a Sessions Court finally reduced their sentence to time served “in judicial custody” since the past few years. So, yes, the Ansals are technically free now. As of July 2022, Sushil was aged 83 and Gopal 74.

Uphaar Cinema in the present day: The single-screen theatre still stands in the same spot, still displaying its charred remains like a grotesque museum from the past. In fact, Uphaar was caught in the middle of another mysterious fire on April 17, 2022. This fire reportedly began at 4 am and was doused by firefighters at around 7 am.

The fire broke out in furniture lying inside the cinema hall says the Fire Department. pic.twitter.com/JBC2MSbVI4

Magazines and newspapers continue sending their reporters every year to record the burnt-up material history that Uphaar has to offer. A walk inside the theatre can still reveal burnt-up celluloid, broken shards of glass, and the hollow skeleton that once was the balcony. In fact, a 2022 photo-story by VICE also revealed that the ruins of Uphaar are frequented by homeless drug-addicts with the photographer even spotting a few used syringes.

Soulful condolences to the families of the victims of Uphaar Cinema fire tragedy. May the soul of the 59 victims Rest In Peace 😭🙏#UphaarFireTragedy pic.twitter.com/BJlM2PPva8

What do we know about the series? As seen from the trailer, the aftermath of the fire would be covered in great detail including the AVUT meetings, court proceedings, and even the evidence-tampering attempts. Ashish Vidyarthi, who has played several antagonistic characters in Hindi films and shows, seems to be playing one of the men working with Ansal to remove the evidence. 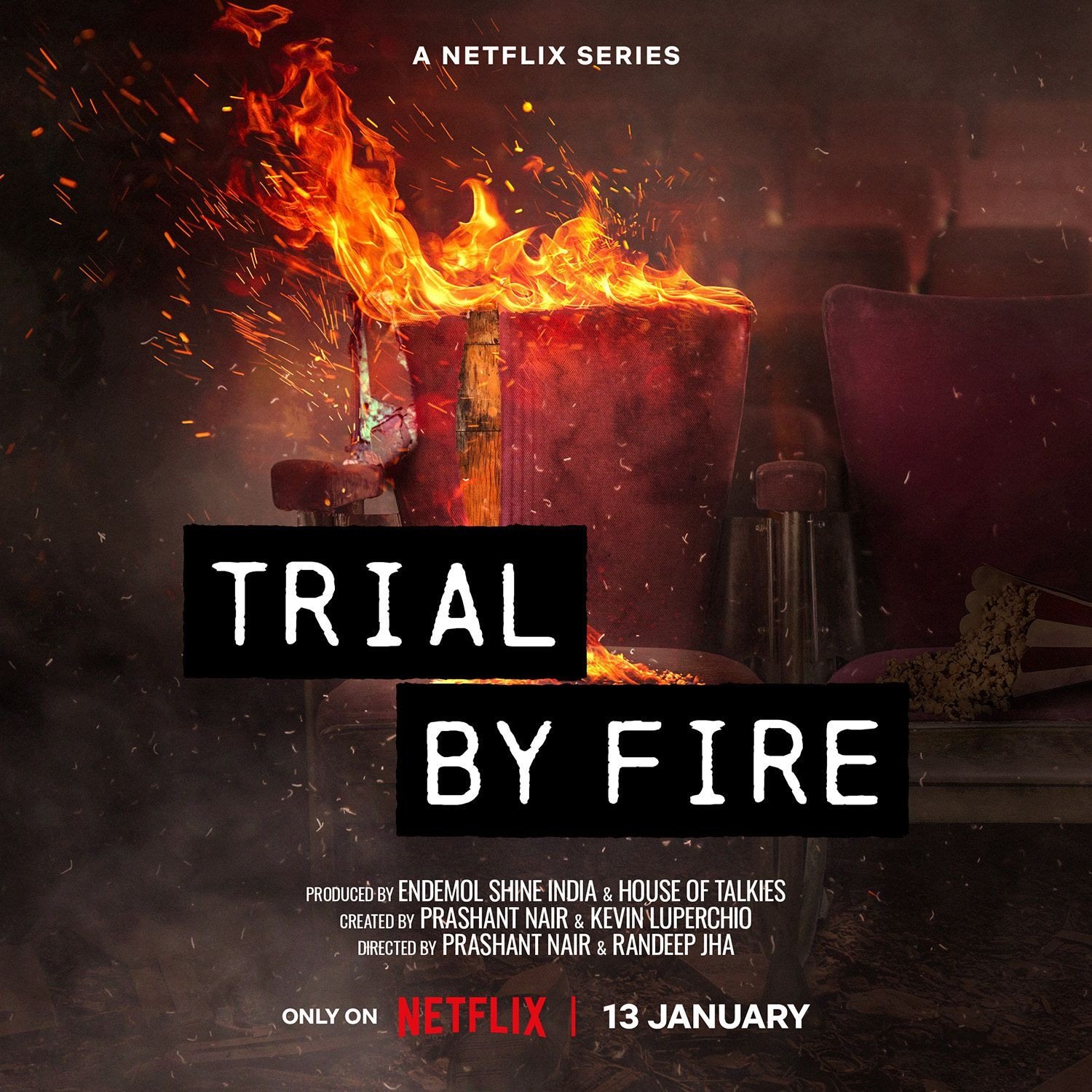 Abhay Deol who has starred in OTT films before will be making his first foray into the limited series format while Rajshri Deshpande continues her Netflix streak following roles in Sacred Games and The Fame Game. Veterans Anupam Kher and Ratna Pathak Shah also join the cast along with Mirzapur and Delhi Crime alumnus Rajesh Tailang although their roles are undisclosed at the moment.

The series is directly based on the book Trial By Fire: The Tragic Tale of the Uphaar Fire Tragedy by Neelam and Shekhar Krishnamoorthy (who Deshpande and Deol play respectively) as they document the traumatic aftermath of losing their children and fighting for justice.

ALSO READ: Indian Predator: Who is BA Umesh Reddy, the cop who turned Beast of Bangalore?

The chilling real story of Indian Predator Raja Kolander, from Netflix's Diary of a Serial Killer

Who is the real Chandan Mahto, the dreaded gangster from Netflix's Khakee The Bihar Chapter?