I watched 1921 and realised how horrible Indian horror films are

With a mish-mash of songs, pujas and punarjanam.

For decades, horror films were relegated to the B and C centres in India.

Major stars did not delve into the genre, and I can’t remember a single horror film starring Amitabh Bachhan in his heyday (except, of course, for Ajooba, which was horrific for other reasons!). Horror films were the mainstay of Ramsay brothers, and the stories featured gaudy costumes and gawky actresses.

To his credit, Ram Gopal Verma was the first major filmmaker to dabble in horror. And then in 2002, Raaz released, and struck it big at the box office. Since then, filmmaker Vikram Bhatt has directed nearly one horror flick a year. But in the last few years, he has taken his filmmaking skills to the next dimension, with the release of films like Haunted 3D, Raaz 3D and Creature 3D. These 3D films are so 3D, it needs to be mentioned in the names!

Vikram Bhatt’s latest, 1921 is not very different from his other movies. What’s different is that he has decided to test his acting skills in this movie. Honestly, it is among the scariest parts of the film.

1921 opens with Zarine Khan appearing in an aerial shot, and you know what’s in store for the rest of the movie. The year is 1921, and Zarine Khan is in London studying Law. However, like in all Hindi horror films, she is also burning silently in pyar ki law. 1921 takes place a year after the events of 1920, even though the two are unrelated, and any resemblance is purely coincidental. 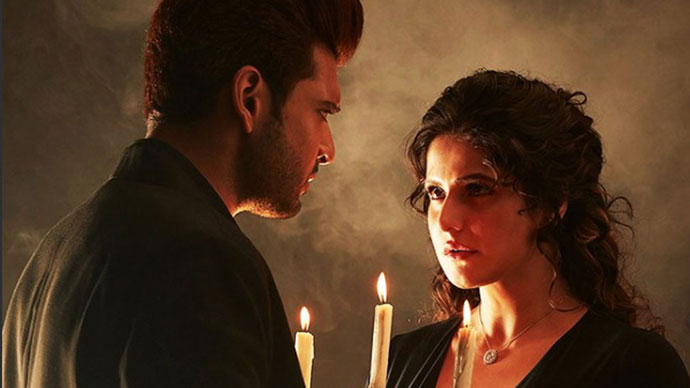 Vikram Bhatt’s latest, 1921, is not very different from his other movies.

Over the years, Vikram Bhatt has mastered the formula for the Indian horror film. He has imported the structure of ghosts, ghouls and evil spirits, and assembled together a customised formula of revenge, back stories and packaged it with a mish-mash of songs, pujas and punarjanam.

And that, friends, is what it takes to make a horror film and rake in the moolah.

In Hollywood, ghosts go about scaring people recklessly. They are not picky about their victims, usually choosing young couples or campers who have moved into a house.

Indian ghosts, however, are more rooted. For you can take the life out of an Indian, but you can’t take the India out of her afterlife. Indian ghosts are more careful - they only target Indians and NRIs. Indian ghosts become ghosts not out of their passion, but because they fell prey to murders, rapes and ghastly revenge plots.

You know how living in India is!

There are few things you can achieve, but others that you just cannot. We Indians have got used to this as a part of our lives. But apparently, this is also a part of our afterlives. Ghosts in Indian horror movies usually take help from the protagonist to solve a long-pending revenge mission, or to be reunited with their loved ones.

The ghosts usually leave clues for the protagonists to solve, after which the latter go about helping the ghosts achieve their mission. Kyunki ghost bhi kabhi dost thi.

If you’re making an Indian horror film, you need to be secular about the proceedings. This is because you will need priests/peers to get rid of non-Hindu ghosts.

The same applies for Christians, too. This is because horror films came from the West and Christian priests had first mover advantage in the trade of shooing away ghosts. If you’re Christian in an Indian horror movie, you will have to establish it in every line of dialogue:

"Hey, man! Tum humse baat kyun nahi karta?" "Praise the Lord! That’s because I am cross with you."

Every Indian horror film will have songs sung by Arijit Singh — slow, lilting tunes that provide some reprieve to the actors from the ghosts. The songs will feature in the middle of a chase, or right after a scare, or even with impending death.

Of course, Indian ghosts, having grown up in India on a steady diet of Hindi songs, know better than to disturb actors. They respectfully choose not to attack the stars while they’re busy with the song.

Indian audiences love to talk and giggle while watching a horror film. This is usually when people turn up in groups, and need to mask their fear by being overly loud and unfunny. And in every group, there will be that one alpha idiot who screams right before the ghost shows up.

There will be laughter from other scared people who are glad that someone broke the tension. What you get in the end is a horror film that has a few jump scares, and a sit-down comedian diligently filling up the silences with dead jokes.

That is the story of every Indian horror film.

Post your comment
#Horror Movies, #Vikram Bhatt, #1921
The views and opinions expressed in this article are those of the authors and do not necessarily reflect the official policy or position of DailyO.in or the India Today Group. The writers are solely responsible for any claims arising out of the contents of this article.