The article contains no spoiler as we are spoiled after watching the teaser.

We have seen Rajinikanth saving the world as a superhuman. We have also seen Akshay Kumar doing the same as a human being.

The most expensive Indian movie till date has both of them, which explains why the teaser of 2.0 has fans (haters too) experiencing a whirlwind of emotions — excitement, laughter, thrills, disappointment, all at the same time — something ‘beyond science’. 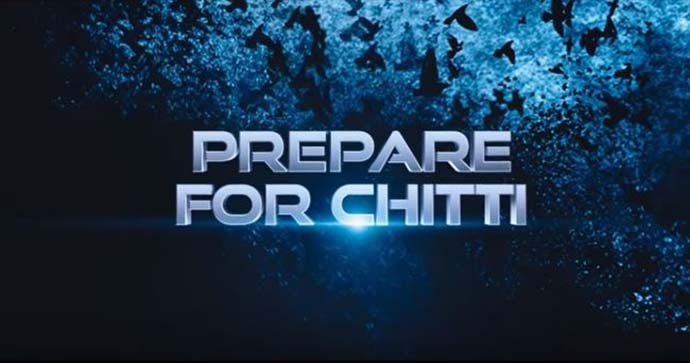 Chitti Returns: Be prepared as you might have forgotten Chitti since you've seen him 10 long years ago. (Photo: Screenshot)

Now, 2.0 is actually the 2.0 version of Rajinikanth’s (directed S Shankar) Robot (2010). But as Rajini doesn’t require a prefix — a prefix requires Rajini — the movie is happily titled 2.0, and the sequel (they are calling it a 'spiritual successor') is coming after 10 years of Robot.

A lot has happened in these 10 years.

Governments changed, Taimur came to the world, Karan Johar became a father, Akshay Kumar became Bollywood’s voice of conscience, etc. But Chitti (Rajinikanth), the robot that Dr Vaseegaran (Rajinikanth) had made and destroyed to save the world in Robot 10 years ago, remains the same — cheeky and freshly incarnated. Cho, well, Chitti: And here's our man. We mean, our machine. (Photo: Screenshot)

But why exactly is the Internet up in the arms? Akshay Kumar is the villain, the crow man, who, in all probability, is masterminding the curious case of mobile phones dissolving into thin air. The teaser also shows us the apocalypse-like mobile storm swirling above the city. Failing to tackle this crisis, the entire administration surrenders to Dr Vaseegaran, who proposes to reinstall Chitti, the Robot. Falsies? Akshay Kumar's eyelashes are bigger than his presence in the teaser. (Photo: Screenshot)

In between magnanimous shots of some magnificent things going on (we don’t understand them), the teaser allows us a glimpse of Akshay Kumar and the Internet doesn’t like such a no-show from Akshay Kumar. So, it's fuelling debates on Twitter that Akshay Kumar is not actually 'the villain' as his fight is against the alarming impact of mobile use on birds.

But hello, it’s a Rajinikanth film — who is Akshay Kumar again?

The Curious Case of Vanishing Mobiles that Chitti alone can solve. (Photo: Screenshot)

While Bollywood, like a child, is playing around the concept of Rs 300-crore club — movies that make Rs 300 crore — the budget of only the VFX of this Tamil movie is Rs 544 crore. The release of the movie has been postponed several times because the VFX work was not satisfactory. And finally, more than 3,000 technicians worked for the visual effects (which have already become viral memes) and 2.0 is also the first film to be shot directly with 3D cameras.

The Internet is abuzz how the makers have reportedly copied from several Hollywood movies.

But what you must have missed is how Chitti copies Rahul Gandhi’s wink at the end of the trailer. That just takes the cake.

#Tamil, #Robots, #Akshay kumar, #Rajinikanth
The views and opinions expressed in this article are those of the authors and do not necessarily reflect the official policy or position of DailyO.in or the India Today Group. The writers are solely responsible for any claims arising out of the contents of this article.