5 key takeaways from the 106th Indian Science Congress, and why they should be buried in the Time Capsule for 100 years!

All hail! The Modi Wave is here to stay!

And if there’s any chance it might fade, we’re going to go ahead and rename gravitational force as the Modi Wave, so that it stays. Take that!

The 106th Indian Science Congress (ISC) at Jalandhar — and two ‘scientists’ in particular, namely G Nageshwar Rao and Kanan Jegathala Krishnan — seemed to have taken the ‘Congress’ in the title of the event very seriously. For they went in with a vengeance, hoping to Modi-fy everything.

A little birdie told us that their playlist had but one song — Shah Rukh Khan’s Rang De Mujhe Tu Gerua.

The event, essentially a gathering of some of the best scientific minds in the country getting together and discussing science, has always been a platform where everything but science takes centre-stage. In 2016, V Ramakrishnan, an Indian-born Nobel laureate and a biologist at Cambridge University, had objected to religious ideas being mixed with science. “I attended the Congress once and very little science was discussed. I will never attend it again,” he had said.

But then, minds like him staying away only means more empty chairs for the Right kind of people to fill up.

Here are five ground-breaking, earth-shattering, mind-boggling ‘facts’ we learned from the exchanges at the summit. 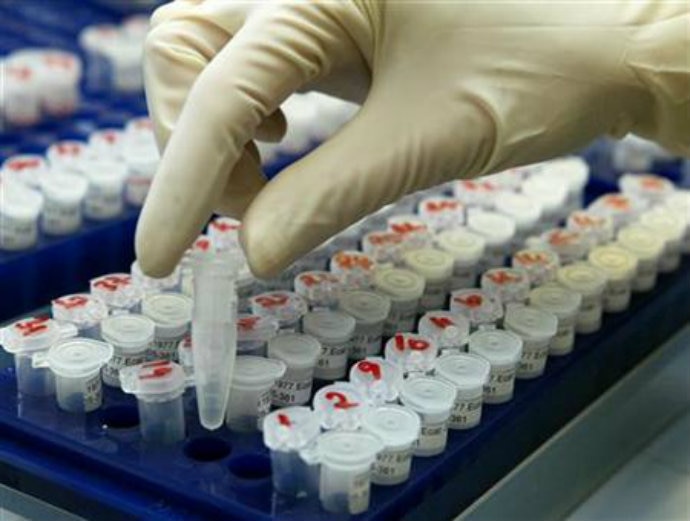 How the Kauravas were born. (Source: Reuters)

“How can a woman give birth to 100 children in one lifetime? The Mahabharata says that 100 fertilised eggs were put into an earthen pot, isn’t it a test tube baby?” said G Nageshwar Rao, Andhra University Vice-Chancellor.

We cannot possibly counter that.

Dashavatara is a better theory of evolution that Charles Darwin’s Dashavatara is better than Darwin’s theory because it also plans for what comes after the humans,” were the pearls that dropped from Rao’s lips.

Darwin’s theory of evolution was based on a process of natural selection — where the changes noticed in every organism over time is a result of changes in physical or behavioural traits. So apes became humans. But what after that? Refer to the Dashavatara for more ‘fact’ based information.

Ravana had 24 types of aircraft and Sri Lanka had airports

Is that a bird? Is that a plane? No, that's Ravana! (Source: Reuters)

If Ravana had aircraft, Sri Lanka must have had airports too — was Rao’s simple clarification. Of course, that sounds perfectly legit. Ravana, after all, abducted Sita ‘maiyaa’ in one of his aircraft which he must have taken off from and landed in an airport somewhere in Swarna Lanka.

An airport with Duty Free, obviously.

Ram used guided missiles in the time of Ramayana The ‘astras’ and ‘shastras’ or weapons used by Ram returned after having struck their intended targets. This, according to Rao — the master (conspiracy) theorist — was proof that guided missiles have always been part of India’s arsenal, at least since the time of the Ramayana.

In light of these ‘proofs’, one must now wholeheartedly accept that the Ramayana and the Mahabharata were books of history that chronicled the advancements, primarily scientific in nature, of us Indians.

Of course, this also probably goes to prove that we were the land of Mary Jane-puffing, hallucinating babas.

Albert Einstein, Isaac Newton and Stephen Hawking were all wrong

“The whole physics theory is wrong but the experiments are correct. And, my theory explains everything,” said Kanan Jegathala Krishnan, second to Rao only in the order of speaking, not in idiosyncrasies. The man who refers to Quantum Physics, String Theory and Astrophysics under the carpet term ‘the whole physics theory’ also added that if his theory is accepted, gravitational waves would be referred to as the ‘Narendra Modi Waves’ and the Gravitational Lensing effect (the bending of light because of the presence of an object between the light source and the observer) would be renamed the ‘Harsh Vardhan effect’, after the minister of science and technology.

Alas, the world outside of India will, however, not be enlightened by this!

The 106th ISC will go down in history as the singular event that would nullify the achievements of any Indian in any field from now on. If you find yourself clapping for a Sundar Pichai and mocking ‘those Americans’, remember this is what Indians are capable of too.

All I want for New Year is for these theories to be buried in the very Time Capsule that was buried at the Science Congress for a 100 years. We are not ready for just advance theories in 2019. They are clearly far ahead of their time. Let's dig them out in 2119.

#Time capsule, #Ramayana, #Mahabharata, #Narendra modi wave
The views and opinions expressed in this article are those of the authors and do not necessarily reflect the official policy or position of DailyO.in or the India Today Group. The writers are solely responsible for any claims arising out of the contents of this article.