Disclaimer: If it was not clear enough from the headline, this is a fictional take on a genuine incident of bigotry and a company’s reaction.

A generic phone alarm sound woke Shoaib up at six in the morning.

The soft, cool early morning breeze gave no indication of the hot, stuffy and chaotic (at least for others) day that would follow.

Shoaib “snoozed” his phone alarm and decided to nap for 10 more minutes.

He ended up sleeping for the next hour and a half.

A deus ex machina in the form of a power outage in Delhi’s Govindpuri came to his rescue and possibly saved his job — he had a bit of a reputation for being tardy and lazy. Had the desert cooler in his room still been functional, he might have continued to doze.

Hurrying to get dressed, Shoaib only hoped the Metro would not be too crowded; he tried hard not to imagine the look of disgust on his boss’ surly, moustachioed face as he reached office after him for the umpteenth time. But at least, he’d reach on time.

Shoaib hated Gurgaon — where his office was; he worked in the customer service department of a telecom company — and he absolutely hated having to take the Metro to get there. On the first weekend of every month, when he’d have some money to spare, he and his friends would take an Uber to their favourite dive bar in Gurgaon. But that was not scheduled to happen for another couple of weeks, so Shoaib was pissed off about having to squeeze in between a teenage boy and a burly, middle-aged man whose armpit emitted a stench worse than his local garbage dump yard. Trying hard to not get pickpocketed, he suffered in silence in the hot (despite the air-conditioning) train compartment.

He cursed Kejriwal for the power outage — he couldn’t charge his phone before leaving.

How easily he had forgotten that the same “load shedding” served as his alarm clock; and that he could have put his phone on charge the night before.

At Sikandarpur Metro station, Shoaib realised he was way too late to take a “share auto”. But he did not have money, or the time to haggle with a “full auto”. He also did not have time for this dilemma. Accepting his fate, he jumped into an auto, shouting, “Udyog Vihar, phase chaar! Jaldi chal le bhai,” regretting not asking the fare. Luck managed to shine on him for a brief bit, as he entered his office — his boss was probably out getting his morning smoke in the clandestine spot under the stairs.

Sighing a breath of relief, he quickly ran to his desk, logged in and started his mundane job.

He never wanted to be part of the customer care team of a “reputed telecom brand”. Shoaib wanted to open his own mobile store. Of course, he didn’t have the money. And while he had joined this place as a means to save some seed money, he had long realised he was stuck.

And he wasn’t saving much.

But at least he wasn’t one of those chumps forced to talk to people on the phone. Shoaib had a thin, high voice that he hated, and he did not particularly enjoy talking to (rude) people.

“The customer is always right,” they were taught in training. “But the customer is also very rude,” his superintendent had added, reminding them to never lose their temper, no matter what.

His job was selecting one of the 15 different template responses they had, and pasting it as a reply to the tweets they were sent. He would be sent links to these tweets in his mail and he’d keep copy-pasting responses. Sometimes, when people responded, he’d have to select from a second set of responses. If the customers DM’d them their numbers, he’d forward it to the call team.

Around noon, considering what to have for lunch — chhole paranthe or rajma chawal — he received a link that made him chuckle.

Some poor woman called Pooja had written, “Pathetic customer service. I raised complaint for reinstallation. But assigned service engineer misbehaved with me. His words are ‘Tum phone rakho. Dobara call mat karna,’ his number is +91 9999888777. This is how you are looting customers.”

He wondered if it was Mahajan from the calls department who said that. If there was anyone least suited for customer service, it was Mahajan. The man was definitely uncouth.

Picking “response template no. 6”, Shoaib replied, “Hey, I most definitely appreciate you reaching out here! We’ll take a closer look into that & get back shortly with more information. Thank you, Shoaib.”

He liked adding his name to the tweets.

It made him feel like he was an important point of contact, the only thing that made his mundane job a little less so. Of course, the real reason behind writing the name was to make sure if Shoaib had responded to all tweets sent to him, at the end of the day.

Boy, would that backfire today, of all days.

Shoaib went for his lunch around 2:30pm. He finally settled for chhole chawal — a kind of middle ground. 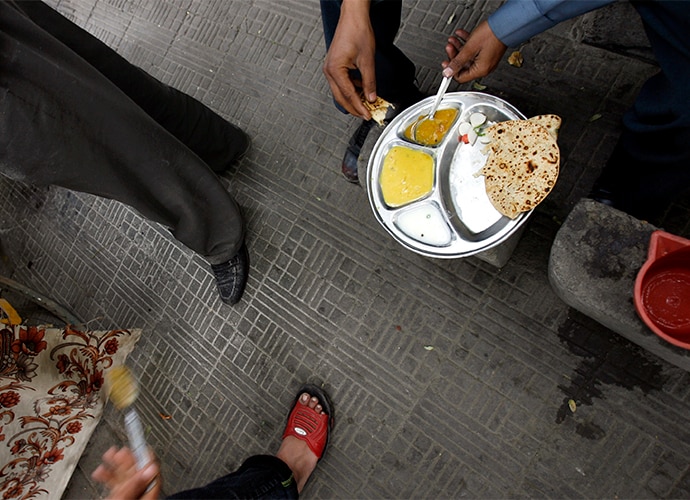 A quick smoke after lunch, and a glass of shikanji later, Shoaib returned to his desk to find a reply from the same “Pooja”.

No customer service executive was sent tweets from the same person twice, but the system, of course, had glitches from time to time.

Pooja had written, “Dear Shohaib, as you’re a Muslim and I have no faith in your working ethics because Kuran may have different version for customer service, thus requesting you to assign a Hindu representative for my request. Thanks.”

He half got up from his desk. Then sat down. Then got up again, looking towards his manager. Ahluwalia sir did not like to be bothered with things, especially during his post-lunch siesta. He peered at his neighbour, a Sikh fellow he had hardly ever spoken to.

If Sikhs were portrayed as happy and loud and energetic in Hindi films, none of that was done keeping him in mind. He was the antithesis of excited. He was the personification of a boring lunch on a steel plate.

But desperate (and confused) times called for desperate measures. He tried to remember his name.

Gagan looked up. And asked him to mail the link. Gagan did not even read it. He selected “response template no. 11” and pasted, “Hi Pooja! As discussed, please let me know what day & time frames work best for you so we can talk. Further, please share an alternate number so that I can assist you further with this. Thank you, Gaganjot.”

Shoaib sat there bemused for a few seconds, before shaking his head and getting back to work.

In another part of the country, a man on Twitter, who had taken it upon himself to destabilise the communally-charged propaganda of this right-wing government refreshed his Twitter app. This exchange caught his eye. It would have not, had he not been keeping tabs on this Pooja for constantly spewing propaganda material to her substantial followers.

He took a screenshot and tweeted a well-worded tweet about religious intolerance rising in the nation. Within minutes, his tweet had a few hundred retweets. He was pleased.

Soon, others started quoting the tweet, and tweeting the same screenshot and just generally talking about the incident. This swiftly escalated to people lambasting the telecom company.

Other rival telecom companies started capitalising on this by responding to the irate accounts, offering portability plans.

Ahluwalia sir woke to a start as his landline continued to ring.

He got up from his desk and looked for Deepak.

Deepak was his assistant and he was generally the only person in his department known to regularly consume English books, TV shows and movies.

Deepak walked up to him, worried if he’d been caught streaming films on the office internet again.

“Iska,” said Ahluwalia sir, showing him the many mails his boss had sent him while he was snoring at his desk.

Ahluwalia sir waited nervously for a while, after which he went over to Deepak’s desk.

Ahluwalia sir read it a couple of times, asked him to make a couple of unnecessary changes just to feel like he was the boss, and told him to tweet it to Miss Pooja. With his name, of course. His Boss had to see that he did not delegate this precious responsibility. “Dear Pooja, we absolutely do not differentiate between customers, employees and partners on the basis of caste or religion. We would urge you to do the same. Both Shoaib and Gaganjot are part of our customer resolution team. If any customer contacts us for an ongoing service issue then the first available service executive responds in the interest of time. On your query, we will get back to you as soon as there is an update. Thanks — Himanshu, Response Team Lead.”

Wondering how best to contain the situation, Ahluwalia sir went over to Shoaib’s desk and told him and Gaganjot that they both could take the next two days off. Without explaining further, he left.

Shoaib made a mental note to always ask Gagan for help from now on. It would seem like he was his lucky charm.