Stop attacking General Rawat: He understands women, and the Army, better than you ever can

Women might complain of jawans peeping while they change. But the Army is busy keeping the nation safe. It can’t be distracted in keeping its own employees safe.

Our Army chief, General Bipin Rawat, is a misunderstood man. The Chief of Army Staff recently faced a lot of flak — mainly from flakey, frivolous Twitterites — for his comments on why women should not be allowed in combat roles, when all he was doing was raising valid points.

Combat is no situation for a lady — there is fighting, you know, and people die. Also, raising a child is a woman’s responsibility, and, as we all know, dead women raise no children.

As the General said: “…there will be a firefight in which the commanding officer dies, company commander dies, and so the lady officer can also die or become a casualty.” On being told that women were volunteering for such roles, he said: “A lady who died was in service for 7-8 years. She has a kid of 2 years. He is in Delhi or Chandigarh... So what I am saying is, now do you think we are ready for this?” 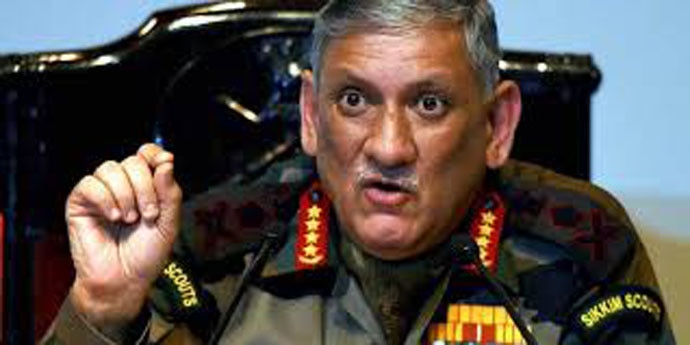 Now, will he have to fight unfair criticism too? (Photo: PTI/file)

He also said that in the US Army, women and men are comfortable changing in front of each other, but in India, women might say “somebody is peeping”.

“Even in Delhi, ladies tell me that people peep. I am talking about isolation situation when she has 100 jawans around her but it happens here also in Delhi,” the General said.

Again, where was the General at fault? The Army has the job of keeping the country safe. How can we expect it to be bothered with keeping its own women employees safe? The General has duly noted that women complain of “peeping men”. If he is busy taking actions against these peepers, when will he attend to his more important duties?

Also, through his statements, the General has only spelt out what a lot of men are still not ready to accept — women’s everyday lives are a combat, they spend every day fighting against tremendous odds — not least of them being regressive mindsets — and still manage to accomplish all that they do.

Raising a child, as General Rawat reminded us, is primarily a woman’s job. If she happens to have talents she can put to career use productively, they all have to be subservient to the task of bringing up children. Because, of course, the father cannot be expected to do an equal share of work in raising the little human who is his child too. To maintain this delicate balance of power, traditionalists would suggest, a great thing to do would be to just keep all women at home. Yet, women are stepping out every day, and, battling this mindset, are managing to conquer career fronts while raising healthy and happy children.

Workplaces come with their own set of challenges. Indeed, just being a woman in a public space is a challenge — with men assuming they have a free pass to ogle, grope, verbally molest and physically attack. If women complain, well, that's just bad form on her part. Look what this #MeToo business has done, now the poor men are scared of even talking to women. 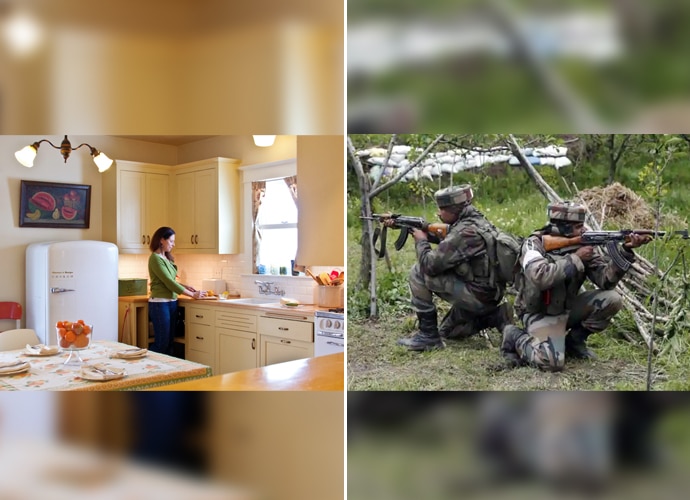 So, let's talk — which of the two looks like a more suitable place for women? (Photos: Reuters/AP)

Logically, then, women are more suited for combat roles than men — they have a long experience of hardships, after all, and when faced with a problem, take it head-on. Men, on the other hand, throw a tantrum and demand that the 'source' of the problem be removed — ‘if there is no woman around, we will not peep at her’ — rather than better themselves.

But then, as the Army chief pointed out, there are other problems as well: “Ok, so now I make her a commanding officer. She is commanding a battalion. Can that lady officer be away from her duties for 6 months… Do I put a restriction on her to say that in that command tenure you will not be given maternity leave? If I say that, there will be ruckus created.”

Of course, the priority, always, should be to avoid ruckus. Not to come up with ways to make workplaces more accommodative, to not make motherhood and career an either/or choice for women. That is too much work, and the wise men in power are occupied with way weightier matters.

Such as realising that 'jawans from villages would have trouble in taking commands from a woman'. The Army is a disciplined unit, which takes hierarchies seriously. That does not mean we shove any command structure down their throats. “Jawans from villages” apparently do not know that women can also lead or command. And for the Army, apparently gender sensitisation or social improvement is not really its job.

It is good to know that the delicate social sensibilities of our soldiers are kept in mind so well, even if their other needs — such as providing good-quality food and non-inflammable tents (14 of the 17 soldiers who died in the Uri attack perished because they were sleeping in inflammable tents) — are apparently not. Fourteen of the 17 soldiers killed in the Uri attack died because they were sleeping in inflammable tents. (Photo: PTI)

Also, the General seems fully attuned to class differences too. It is the “jawans from villages” who will have all these prickly problems, he made clear. Officers, of course, are gentlemen.

General Rawat should know that not everyone misunderstands him. We get that his objection to women in combat positions stems from concern for all women — and his men. However, we would want to assure him of this much — if given a chance, the women of this country would be proud to serve the Army in combat roles. They would discharge the role with the efficiency, ability — and yes, bravery — that they apply in their everyday lives.

That possibility, however, looks distant, till men like General Rawat are taking the decisions.

Also read: Launching the launch: Will Bollywood forgive Aryan Khan if he doesn't want to be the next SRK?

#Workplace sexual harassment, #Maternity leave, #General Bipin Rawat, #Women in combat roles
The views and opinions expressed in this article are those of the authors and do not necessarily reflect the official policy or position of DailyO.in or the India Today Group. The writers are solely responsible for any claims arising out of the contents of this article.