A 'sanskari' Facebook page is attempting to save the oppressed upper caste Hindu male majority.

The nation has gone to tyrants. Between a state-imposed surveillance-mechanism (that is voluntary but mandatory; no, really), unchecked cow fanatics (yes, they are a fad) and a customise-your-own-super-Aryan-child project by the Sangh Parivar, there is little left for libertarians, liberals and dissenters to achieve.

When the brainwashed masses prefer the loud echo of their sentiments to facts, and when political leaders choose to appease the masses rather than focus on development, what keeps Indians sane is humour.

Behold, the latest parody of Brandon Stanton internationally-acclaimed photo-blog, Humans of New York (and there have been many), is Humans of Hindutva.

Here's a page that finally echoes the thoughts and concerns of the oppressed upper caste Hindutva male majority, striving to rise above accusations of backwardness and herd-mentality thrown at them by the cocktail comrades of "paid" media, and the regressive Left.

Let's follow the dream, and the best of the voices that really matter: 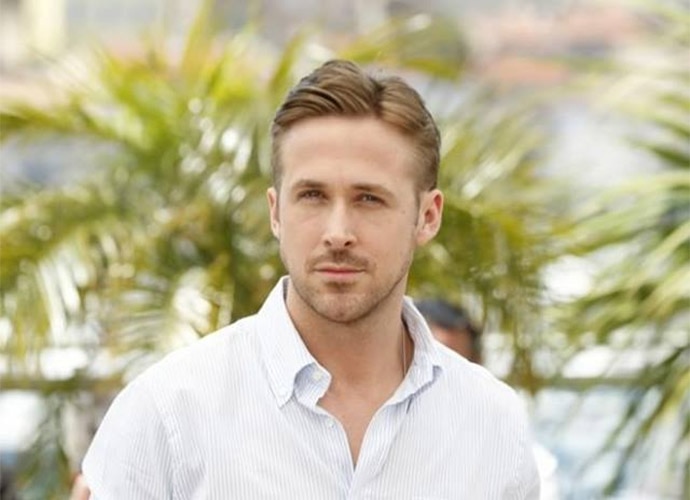 My parents were short, dark-skinned and had a low IQ and poor educational background. Which is why everyone was surprised when I turned out the way I have. Everyone except the RSS. My parents lived in Meerut and one day some guys wearing khaki shorts knocked on their door. They promised my parents that their child will turn out to be tall and fair if they purify themselves, use Ayurvedic medicine and have intercourse on a full moon night after killing a Dalit.

My mother was against the idea at first because she thought it was perverse and a bit like the Nazis and their eugenics program. The RSS also wanted them to never have sex again once I was born because, for some bizarre reason, it would be 'suicidal'. She only agreed when the RSS convinced her that their child would be bullied and a failure in life if he was not a Uttam Santati (perfect customized child).

Their sacrifices paid off when I was born. Nurses fainted on seeing such a beautiful baby. The doctor who delivered me shot himself in the head because he didn't want to deliver inferior babies after me. Everyone in Meerut loved me. Soon a Hollywood agent came and signed me for movies after some accent training.

I have become a star and it's all thanks to the RSS and their Garbh Vigyan Sanskar project. My father called me last week and told me that 'La La Land is fucking overrated garbage made for white people to remove the black roots of jazz'. I think he's depressed from not having sex for 36 years.

2) On the flying chappals of the man on the no-flight list: Yes, I slapped a 60-year-old man 25 times with a slipper because I wanted a business class seat in a flight that doesn't have business class. Why is everyone making such a big deal?Once I went to a restaurant and ordered Coca-Cola. The waiter said they only have Pepsi. I gave him a roundhouse kick that sent him flying and then I punched him until he was unconscious. This one time an old woman was selling flowers at a traffic signal. I asked her if she had any jasmine.

She said she only had roses. This really angered me so I got out of the car and threw her in the way of an oncoming bus. My therapist told me that I have anger management issues so I stabbed him 19 times until he bled to death. Then I invited his wife and children for dinner and served them kebabs made from my therapist's thighs. They said it tasted familiar.

I'm not afraid of anyone except Cafe Coffee Day employees. Those fuckers are insane. Once when I was in a Jaipur CCD, I told the cashier that there were cockroaches in the fridge. She jumped across the counter and slapped the shit of me. When I complained to CCD management, they said they'll ban me from their cafes. I begged them to reconsider because the No-Fly ban was manageable but I'm really addicted to overpriced coffee and five-day old samosas.

3) On the Nirbhaya judgment, and how the death penalty solves crime: All four of them will be hanged till death. This is going to solve everything. There will be no more rapes in India post the hanging. Mark my words. Finally my daughter can walk around without fear till 8 pm. If she's out post 8 pm with a male companion then I'll personally set her on fire.

4) On the way the cocktail media gave Pakistan's migraine a disprin: It is saddening to see this dirty handiwork of some cocktail sipping pseudo anti-nationalist. This insult of India's loudest ringmaster has affected me so much that I need to lie down. I have a migraine.

5) On the wisdom of creating an eight-per-family Hindutva army: 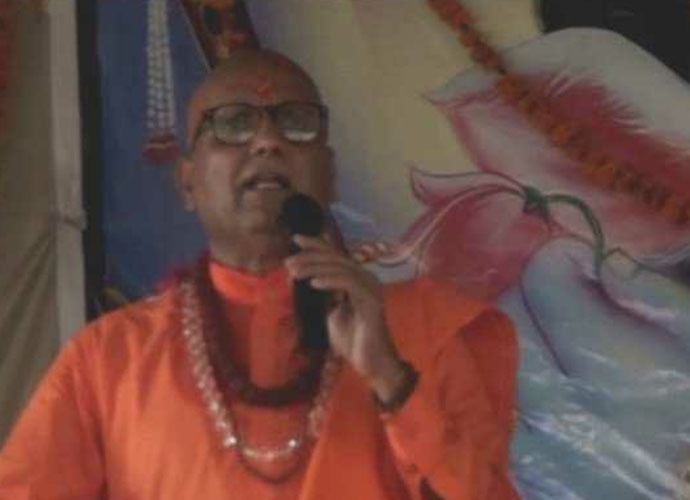 I don't know the first thing about being a parent because I'm a celibate priest. I have never stood outside a maternity ward, my hands shaking with trepidation and my legs reckless with excitement. I have never held another human being in my arms and felt infinitely powerful and helpless at the same time. I have never been responsible for any life apart from my own. I have never changed a diaper. I have never had sleepless days and nights where my wife and I doubt our life choices and sense a temporary chasm open up between us.

I have never seen someone feed another life at the cost of her own health and sanity even as I stand in the corner, unable to contribute except maybe mix the water ("TOO HOT!) with the formula ("TOO MUCH!") and sterilize bottle after fucking bottle ("QUICK! SHE'S WAKING UP!").

I have never felt the singular joy of watching something I helped create take its first step or string together its first sentence. I have never felt my heart skip a beat when I lose my child in a crowd or when I see her lean against an open window. I have never had a nervous breakdown from witnessing my child get her first injection. I have never seen my savings disappear each time the principal of a school asks for a donation or a doctor recommends a test. I have heard that the first 18 years are the most difficult.

Despite not knowing anything about the physical, mental and financial sacrifice it takes to nurture just one life, I urge you to give birth to eight children and go through the above experience eight more times. You must do it or the Muslims win. Remember, 'Hum (by which I mean you and not me) 2 aur hamare 8'.

The media, and common sense, will tell you that you form 80 per cent of the population and have no reason to multiply like rabbits to fight an imagined population war but trust me. Even though I'm a man who has never raised a child and never intend to.

By the way, I have never watched a movie either but, while on a flight back from an international yoga festival, I saw parts of this movie called 'Fast and the Furious'. It had cars flying all over the place. Very entertaining. I hear they have eight sequels of this amazing action packed movie. You must watch them all. How bad can it be? One of the actors even looks like Yogi Adityanathji.

6) On the government (rightfully) having rights on our bodies: 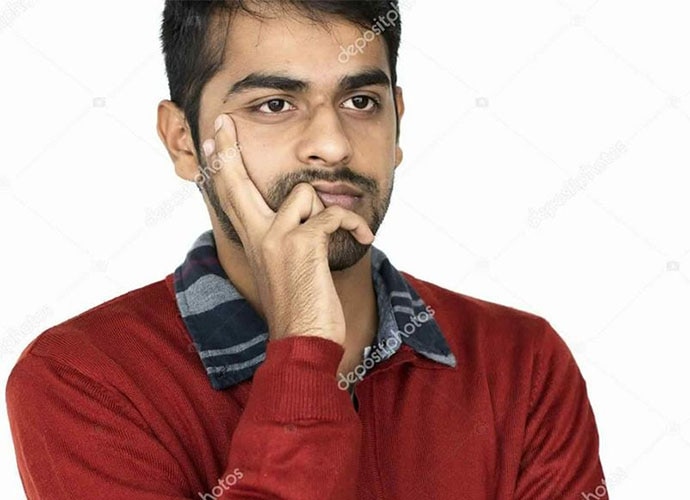 As a BJP supporter I completely agree that I don't have absolute right over my body. When I was born, my family declared my body Hindu without even asking me for my opinion. When I was a boy they sent my body to the local RSS shakha where I was taught to hate everything but cows. When I was in college my body was forced to study engineering. After graduation my body was forced to marry another body that was selected by my parents. After that my parents told my body to reproduce and make some more bodies. I often feel like I'm running on auto-pilot so not much will change for me with Aadhaar.

The government says that if Indians had absolute right to their body then they wouldn't have been prohibited from committing suicide and taking drugs. Of course, librards and presstitutes and Supreme Court will argue that people kill themselves and take drugs all the time and what does this have to do with taxation laws? I don't know how to answer that but I have faith in BJP. Even though they were completely against Aadhaar when in opposition. While I don't think Indians have absolute right on their body, I think Narendra Modi's body is absolutely right.

7) On the absurdity of casteism in a post-Dalit India: Of course we poured kerosene into the well used by Dalits. They had a wedding and I heard that the ladoos there were better than the ones at my daughter's wedding. On top of that their groom is sitting on a horse! Hey Ram! Truly kalyug has arrived when these Dalits think they can do the things that we upper caste do. First they asked for reservation and now they're asking for celebration!

8) On why spirituality is more important than water: 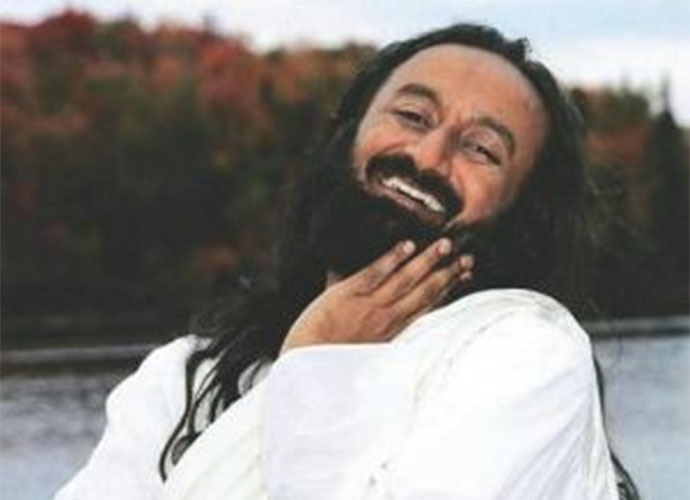 Poverty is not the reason behind farmer suicides. They lack spirituality. Yoga and pranayam are a wonderful way to forget about the crippling bank loan thanks to which your children are starving. When your harvest is ruined because of a drought, do a headstand and chant OM. When the bank is repossesseing your land, meditate and think of Vijay Mallya. As your wife weeps for the future of your family, ask yourself whether this negative energy around the house is due to bad vaastu.

Reach out to your Prime Minister for help. If he doesn't respond he's probably busy watching 'Savdhaan India'. Try god instead. Prayers coming from the heart directly reach the gods. If even god doesn't respond he's probably busy watching the new season of 'Better Call Saul'. When all else fails, organize a World Culture Festival that could pollute the shit out of a river and irrevocably damage its ecosystem. PM and God will both arrive. Hell, even Kejriwal will make a fucking appearance. As a child I always dreamt of someday becoming the kind of writer who is read by people who can't read. Most writers crave for critical acclaim or the support of their peers. Not me. Critics hate me because they are trying to find value where there is none. I only write for the lowest common denominator: the Salman Khan fans, Daddy's Princesses, Beliebers, Twilighters and the businessmen who only only buy books at airports. If Honey Singh can call himself a rapper then why can't I call myself a writer? I'm very happy that my books will now be taught at DU. If they can teach elitist Shakespeare there then why not 'Half-Girlfriend'? My books are contemporary in the same way that Gonorrhea is a contemporary disease.

10) On why cows are more important that a few (random) lynching incidents: My mother was a single mother and worked in the agricultural industry. However, she always found the time to give us her milk or urine. She is at her happiest standing in a field or when she suddenly runs on the highway to gives heart-attacks to BMW drivers. As a kid when I asked her why the sky is blue she very cryptically said, 'MOO'. When I asked her for help with my homework she said, 'MOO'. When I told her that I am willing to kill people for her, she looked at me blankly and said 'MOO'. After she dies we will export her to Vietnam.

Also read - Intellectuals are fools, only Chetan Bhagat can save Ram Mandir and the world